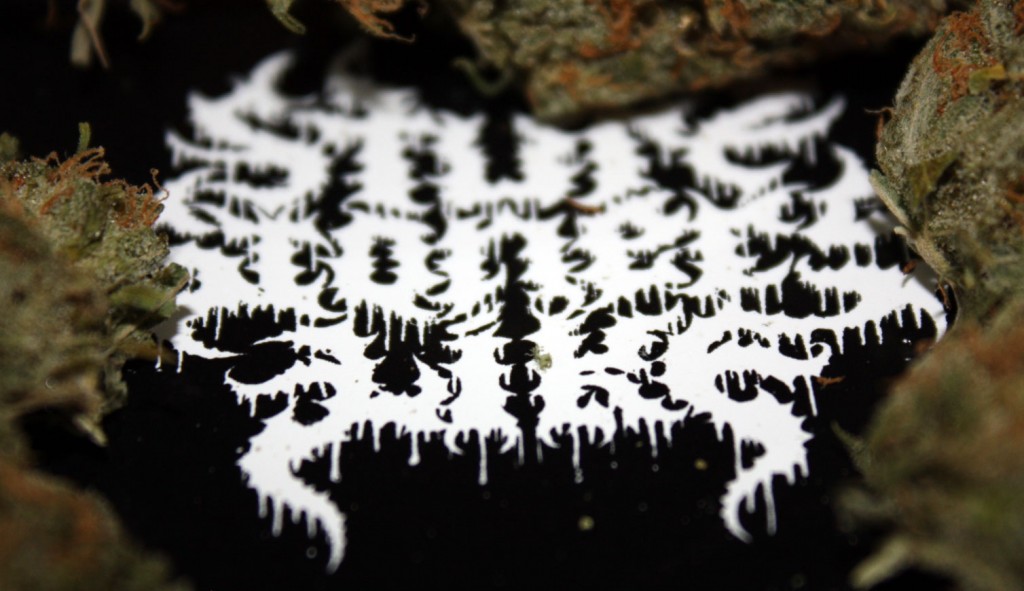 Genetics: Ice X Jock Horror
The lineage information on this is spotty at best. Some sites point to it being the Ice X Jock Horror, which after smoking and smelling, I tend to believe. Others say it’s just another AK-47 phenotype.
Appearance: This bud is beautiful. 3.5 grams of punchy potent stuff stoners like. More dense than spongy, and so sticky you might want to wear gloves. This is more of that sticky icky icky we keep hearing so much about in rap songs. I have to say, Two Heads Co. did a really fantastic job growing out this AK-48. I’m definitely impressed.

Smell: Wow. I can’t say that I’ve ever smelled anything quite like this. Then again, I don’t smell pineapples very often, and from what I’ve read, certain phenotypes of the AK-48 smell like pineapple. I’m getting more of a sweet citrusy smell. Candy, sweet sweet candy. I threw a bit through the chromium crusher to grind it up for a spliff, and when you break this bud apart, the bouquet of smells that rush your nasal cavity are almost overwhelming. Overwhelming awesome!

I’m excited to see the terpene profile on this. I can’t quite put my finger on it. It’s almost like a lime type smell if that’s possible. It’s just so sweet and yummy. Close your eyes and smell this, then drop me a comment on the first thing that comes to your mind.

Flavor: The first bong rip came with tastes of sweet and spice. More sweet than the latter, but any of that candy smell doesn’t really translate to taste. The flavor is exceptional, second only to the aroma that permeates from these sexy buds. It’s definitely got an earthy piney hazy sort of taste when you smoke it in a spliff. It makes sense this might be the offspring of the Ice and Jock Horror strains. There’s a definite citrusy taste in it, which the AK-48 would get from the Ice, and a very nice hazy bite which it would get from it’s Jock Horror side.

But of course this is all just me being stoned and having pre conceived notions from what I’m reading online. But it’s real to me damn it! If it weren’t for other extenuating circumstances, I would strongly think about investing in a Volcano. That would be a great way to get a true flavor from the cannabis I’m reviewing. But such is life as confusing as it is random at times. Exceptional expenditures like that one are just not in the cards. So if anyone has a volcano they wanna send me to review, I would be forever grateful. High: Bonghits are stoney as all hell, with the first bringing about a good solid hazy head change. The second made me definitely zone out while I was trying to read about Nuke em and Azamax, as they were mentioned on the label as being used. Not just here, but I’ve noticed these on labels from quite a few farms. It started because I noticed an interesting bite at the end of each bong rip. Not necessarily harsh unless you took too big of a rip. I was curious if that was just the strain, or in the tools they were using to control pests and molds. Upon further reading, it appears this is just a property of the strain. It’s bitey fire. It’s good.

Overall: I noticed a few of the bong rips I hit the RAW Isobutane lighter to had a nice snappy crackle to them. Those were the bong rips that brought beautiful waves of soothing, cannabinoid infused buzz stuff. More than a head change. Like completely crossing over the boundary from hanging out smoking some weed, to holy shit I’m pretty damn stoned. Which is nice, because when you smoke all day e’rryday like Nate Dogg said to, it takes a lot of weed to get stoned, or a few bong loads of some stuff stoners like. This is that. I hope you have the pleasure of acquiring some for your flower cache.

One Response to “AK48 Strain Review”