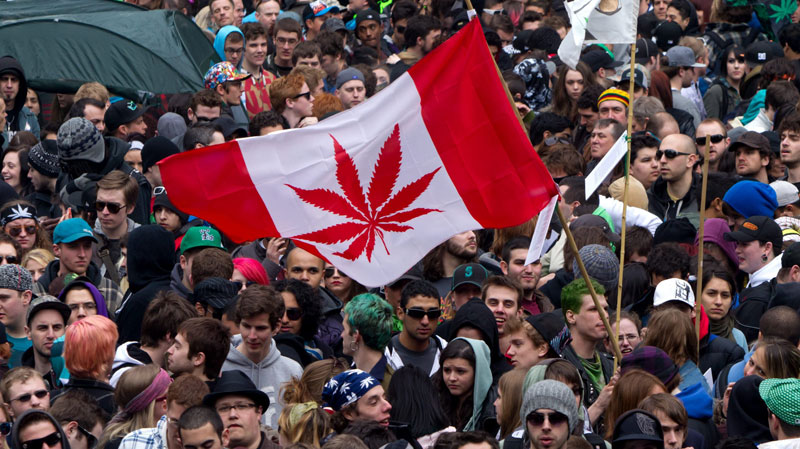 Canada’s Liberal Party lead by Justin Trudeau won the country’s general election today by a landslide. This puts a decisive end to nearly a decade of Conservative rule up north. And it’s partly due to weed. Of course Trudeau is son of late Canadian Prime Minister Pierre Trudeau who is considered the father of modern Canada. However the entire country seemed like it was sick and tired of the conservative bullshit and that’s reflected in the sweet victory.

How to Pass A Drug Test
Mouth Swab Drug Test —What Is It and How Do You Pass It?

“The fickle Canadian voters were tired, though. Tired of the scandals and unforced errors that come with years of unchecked power (Canada’s parliamentary system is a unitary executive-legislative branch),” reports CNN. “Political appointees and friends of Harper’s couldn’t resist feeding at the taxpayers’ trough.”

So along with cutting income taxes for middle-class Canadians while increasing them for the wealthy and taking more Syrian refugees Trudeau wants to legalize marijuana.

“We will legalize, regulate, and restrict access to marijuana,” his platform states. Marijuana prohibition doesn’t prevent youth use, causes socially disruptive and expensive arrests, and supports organized crime, the statement adds. “We will remove marijuana consumption and incidental possession from the Criminal Code, and create new, stronger laws to punish more severely those who provide it to minors, those who operate a motor vehicle while under its influence, and those who sell it outside of the new regulatory framework.”

When will Canada Legalize Marijuana?

The question isn’t if Canada will legalize marijuana—it’s when will Canada legalize marijuana. Unfortunately legalizing weed all across Canada is not going to happen overnight. The country’s liberals apparently first need to create a task force with input from experts in public health, substance use and law enforcement of course. They’ll then be responsible for designing and implementing a new system of taxing and regulating marijuana sales. When that’s done a bill will have to be crafted and then passed in Ottawa.

Tom Angell of Marijuana Majority said: “While US states led the way by becoming the first places in the world to legalize and regulate marijuana in 2012, it looks like Canada could soon leapfrog ahead of us and become the first country in North America to legalize cannabis nationwide,” he said. “If that happens, it’s not only good news for Canadians who will be able to purchase marijuana from legal and regulated storefronts instead of being treated like criminals. It’s also likely to give reform efforts in the US a bit of a boost — not that we really needed it, but a little friendly competition is always a good motivator. “