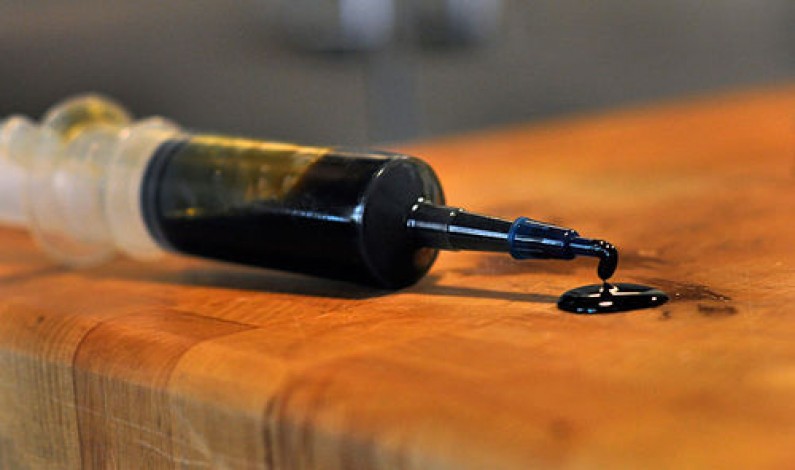 Can you fail a drug test for using CBD oil?

Let’s face it, pissing in a cup in order to get a job fucking sucks. It’s stuff stoners don’t like and despise every single time it comes up. Eventually all of this prohibitionist silliness will be behind us like a fart, but for right now it’s something that is very real to each and every person that has to deal with it. There’s a ton of CBD weed strains out there, and even more oil and other ways of getting the CBD into your system, but is it ok to consume this high CBD meds if you have to take a drug test for weed? A CBD oil drug test? Now that’s some serious stuff stoners like.

With the cannabis industry trying to get it’s boom on, there have been a lot of cbd products to hit the market, not only in just recreational and medical states, but some say they are all good in all 50 of them. Fantastic. But along with all that goodness comes the question, can you fail a drug test for using CBD oil?

There are a few ways you can have a failed drug test from using CBD oil or smoking CBD in weed form or even eating cbd oil in edibles. Trust me, from someone who has failed a few drug tests for weed then promised never again to take a job that made him pee in a cup, coming back with a failed drug test when you needed that job or whatever can be a giant bag of dicks right to the face.

First and foremost, the drug test is only as accurate as the people making you take it want the drug test for weed to be. If they are looking for a reason for you to fail a test, you’ll fail it regardless of what was in your system. But if it’s for a legit job that is held to the standards a body like SAMSHA would enforce, then we can hope it would be more accurate. Samshna is the Substance Abuse and Mental Health Services Administration, and they have guidelines in place for how much of the dopeness you can have in your system at any given time.

Of course we, as highly educated stoners know, this is all a relative thing. 20 nanograms per mL of THC in one person can present a completely functioning and productive member of society, while in another, could present someone who simply put, just can’t hang.

Does CBD show on a drug test?

So they have these standards that say because THC in weed is what makes you happy, and we can’t have a happy and productive workforce, the THC is the target. So they make you pee in a cup, use some sort of crazy freedom hating antibodies to detect THC as well as 11-Nor-9-carboxy-THC, or 11-COOH-THC, which is what you get once 11-hydroxy-THC aka 11-OH-THC, is further metabolized down the tract.

Let’s make sure you understand what’s happening here. When you eat weed, your liver produces enzymes that metabolize the THC into 11-OH-THC. Then that active metabolite gets metabolized further, and changes into 11-COOH-THC. So they are testing the front and the back so to speak. The THC and its metabolites metabolite.

So if you fail the first drug test, they will then usually send your pee pee to an actual lab with a GC and some THC and 11-COOH-THC standards. This will, assuming the machine is run properly and calibrated and all that, give the true results. Or as close to false positive free as possible. That makes the answer no. CBD will not show up on a drug test. Although it will if they are testing for CBD, but I don’t think that’s ever the case. It also would if your liver for some reason decided to metabolize CBD into THC, which I also don’t think would happen. But you never know. There’s a lot of humans on this planet, I’m sure someone out there got the turn CBD into THC mutation. CBD and drug tests don’t mix, luckily for a lot of people out there trying to live that dream.

Does CBD show up on drug tests?

Knowing that, we can safely assume, that unless they want you to lose your job or not get the job in the first place, and that the test is legit, you shouldn’t have any issue taking CBD oil and passing a drug test.

Unless, that CBD oil has some THC in it. How do you know? Did you have it tested or did you just read what the label says? If you did have it tested, are you testing each and every bottle or jar you get? Because if not, there’s no absolute way to know if the CBD oil you are taking is pure CBD or if it has some residual THC in it. Hemp can be grown and all that fun stuff as long as it is less than .3% THC. That’s awesome, but what happens when you extract all that plant material? All those less than .3% points start to add up, and unless something is done to further dilute the oil or remove the THC in another way, you might end up with some in your oil. That’s good, but how much would you have to take for it to flag on a pee test?

People much smarter than me have done the math, and the conclusion is that one would have to consume in upwards of 2,000 mg per day. This of course depends on the potency of the oil you are consuming. That sounds like a bunch, but where are all my dapper dabbers at? 2,000 mg is 2 grams. I know we smoke a lot more than that each and every day.

Of course, if you are smoking high CBD marijuana remember that even the high CBD weed has THC in it. The ratio will vary on the strain and how it was grown. Just make sure you are aware of that. Even the nicest marijuana strains high in CBD could have just enough THC for you not to feel, but for a silly drug test for weed will show.

Will CBD show up on a drug test?

Sure taking the CBD oil is different, but if you aren’t feeling an effect from it, you might end up using more. Eventually you’ll cross that 2,000 mg limit, take a drug test, and fail. Hopefully they then send it to the GC/MS, because if not you could be proper fucked. Do drug tests test for CBD? No. They sure don’t. So puff, dab, or eat up those CBD meds, and if it’s something you are that worried about, it might be high time to consider a new line of work. If you ask me does CBD show up on a drug test, I will say no it certainly won’t. Not unless they are testing for it specifically. Which they don’t because it’s not scheduled.

How long does CBD stay in your system?
That doesn’t really matter, because it’s not CBD or its metabolites they are testing for. It’s THC, so unless you have a lot of THC in that CBD, you’ll be just fine.

How to pass a drug test if you consume THC
First, purchase an at-home drug test from Amazon. Next, test yourself to see if you’re even at risk of failing. If you do fail, your next step is to stop consuming THC long enough for your body to process it out. How long does that typically take? Well, it usually takes about three to four weeks. Time will vary by person depending on the speed of their metabolism and how much they’ve consumed.

If you don’t have time to spare your best bet is to use a THC detox product. We always recommend Green Gone Detox. It’s an all-natural permanent THC cleanse unlike THC detox drinks which are typically “masking” agents—meaning they don’t physically pull THC metabolites out of your system permanently. Instead they decrease the concentration of metabolites found in your urine for a brief period through dilution.

If you’ve ever failed a drug test for Delta-8 THC, please tell us about your experience in the comments below.

Have you ever failed a drug test? Did you fail it because of CBD? What happened? Let us know and give us any tips or trick on how to pass a drug test or your thoughts on a CBD oil drug test in the comments section below.