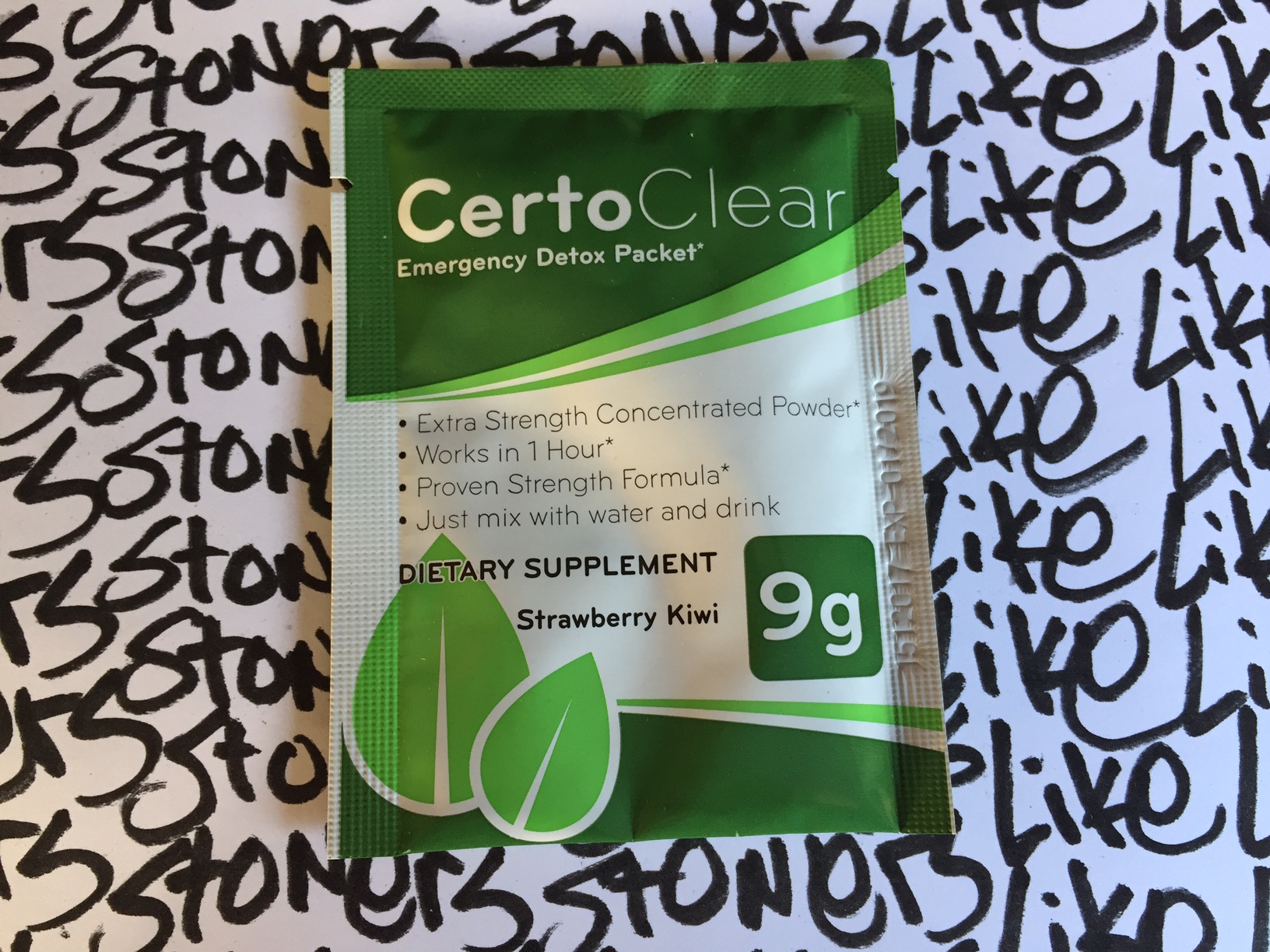 Does Certo work to pass a drug test? Yep. Believe it or not the certo drug test method seems to work. What is the Certo Drug Test method? Well the method takes its name from Certo a brand of a fruit pectin commonly used to make stuff like jam and jelly. Certo pectin is also commonly used to  help stoners pass a drug test. Anyhow the dudes from THCClear sent us a packet of CertoClear emergency certo dextox. Mix it with water to create a Strawberry Kiwi drink, chug it down and within an hour you should be able to beat your piss test.

PRO TIP: Along with this Certo jelly packet grab yourself a home marijuana drug test kit to see if you’ll pass or not using this method.

How does Certo work to pass a drug test? Some people will tell you that the fruit pectin in CertoClear temporarily coats the inside of the stomach and bladder temporarily blocking THC or other toxins from entering your urine. However the more likely reason that the Sure Gel drug test method works is because of how fruit pectin, which is just fiber, interacts with THC in the body.

Because THC and its main metabolites are fat soluble most of that stored THC is residing inside fat cells from ingested food. Your body makes bile to bind to that ingested fat and make it dissolve in water. CertoClear, like all fruit pectin products binds to bile in the intestines. So what makes the this method effective at beating a drug test is that it temporarily “forces” THC to leave your body through your poop instead of your urine. This leaves you a window of time where you can pass your urine test.

Along with this CertoClear packet you might want to grab yourself some Vitamin B2 or B12 supplement to add some color to your urine. The certo method involces driking a lot of water which will dilute your urine. Pop a B12 pill and your pee will look more like light beer than tap water.

This is a testimonial we got from the dudes who make CertoClear about their product. Seems like it worked for this guy and since it’s just like the original Certo Pectin method it should work for you. If you do go ahead and score a packet or two let us know how it works for you in the comments section below. Nothing beats having real testimonials from real stoners that read our site.

Using certo to pass a drug test is as simple as drinking water, dude.  Now to pull off the Certo drug test method all you’ve gotta do is:

Where to buy Certo

Where can I buy Certo? Glad you asked. You can get packets of CertoClear emergency detox packet here. You can also get the original Certo Fruit Pectin

online, Amazon sells a six pack for under $20 or from some grocery stores. It’s kind of old-school stuff so not everybody carries the stuff. That’s why we dig the CertoClear packets—plus they’re great for keeping in your car or desk at work just in case you need to pass a sudden piss test. But the original Certo pectin just like this stuff both work great.

So what is certo? It’s fruit pectin and really great product to help you pass your next piss test. Ever use Certo to pass drug test? Let us know in the comments below…