Dabs are all the rage these days. But what isn’t always in the minds of the Dapper dabbing stoner, is what tools and dabbing accessories they should have. Granted, there are a lot of stoners out there who know exactly what to bring when going out to a sesh. But I also see quite a few who are completely unprepared for the sesh at hand.

There’s nothing worse than not having some isopropyl alcohol wipes and getting a dab on a rig, then getting that dab transferred to your hand, which in turn gets that dab everywhere else. I know, first world problems. But they are problems nonetheless, and problems that have solutions. Let’s chat about 5 dab accessories every stoner needs to have.

What’s all the dab fuss about? Dab rig accessories!

On top of showing you some cool must have stoner dab accessories, we’re also going to chat a bit about the different nails you might come across on your dabventure, and the proper tools to best utilize for each nail.

The three main nail material you’ll come across is titanium, quartz, and every now and again, a ceramic nail. I’m not a huge fan of ceramic because I feel like it can flake off and that could cause one to possibly inhale ceramic dust. I’m not saying that happens, but I’m saying it’s something I think about as a daily dabber, and when there are other alternatives like quartz and titanium, there’s no need to take the risk. But again, there are different dab nails for different rigs and styles.

My personal favorite dab nail for daily use is quartz. Although I have been known to bring a titanium nail with me if I’m going somewhere extreme, like a glacier. Out of the different materials, you’ll generally find three styles. Nails that require a dome, domeless nails, and bangers. There are also different, more niche styles once you get into the American hand made quartz scene, but those are usually in upwards of a couple hundred bucks. One of my favorites is the Diamond Knot by Jred. Back when dabbing first started to gain mindshare with stoners, nails that would require a dome were the go to of choice. These had a piece of quartz in the shape of an actual nail that would fit into the joint of your dab rig. You would then heat the head of the nail, or the dish, then slide the dome over the top of it. Once you were satisfied with the temperature of the nail, you put the dab on and start sucking. These were a huge pain in the ass because the size of the nail head was always quite small, and you were heating it right next to the rig itself, which is never a good thing. Especially if you are dabbing out of expensive hand made functional glass art.

I went on from domed nails to a dish design called the Quartz Castle. These were a fantastic alternative to the normal domed dab nail, because the dish was larger, and they didn’t require a dome.

After the Quartz Castle, I found my true love. The Banger. My first nice quartz banger was a Halen Trough. I still remember the shine of the pig logo on the underside of the banger. Such a pretty thing. Pity we had to learn the hard way how not to chazz bangers with it.

The banger also brought with it another necessary accessory. The carb cap. The Halen Trough was shaped in a way that it worked best with the Joel Halen Dabber. The dabber has a rectangle base that is designed to be the trough carb cap. It seals, which can be a problem though unless you twirl the cap dabber between your fingers, allowing some air flow back into the banger.

I know there were other bangers out before that, but this is my experience as someone newly getting into the glass game and going through all the different options before finding the setup that suits my personal needs and use case. What is that setup you might ask? 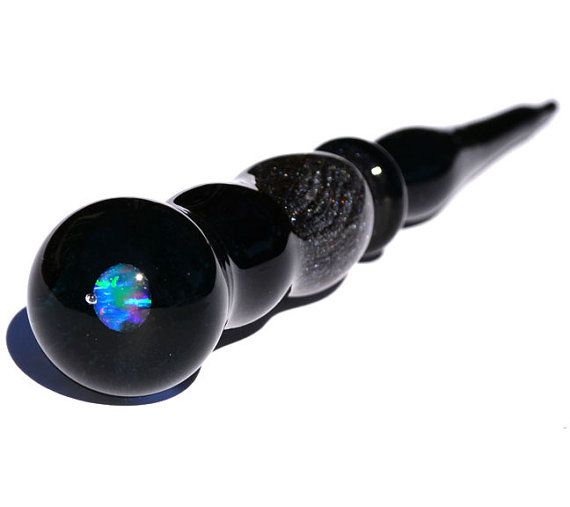 After messing around with Halen Troughs and china bangers, I moved on to healthstones, heatguns, and enails. All of which are fine, but for me personally, I enjoy the ritual of heating up the banger and watching my terp timer count down the seconds before it’s at the perfect temperature. Although there is definitely something to be said about a dope heatgun healthstone setup if you are working somewhere that doesn’t allow sparks.

These days jacketed bangers based on the Thermal P design by Pukinbeagle are all the rage. Every American quartz worker has their version of it starting at around $200. Personally, for something that’s disposable like a banger, as much as I hate saying it, the cheap China versions are my go to. Some people enjoy the domeless titanium nail, and as I said before, some people still swear by the ceramic nail. I don’t know who these people are, but I’m sure they exist. I mean fuck, there’s still people who think the earth is flat.

I just can’t justify paying over $200 for something that is slightly less quality, if not the same quality, for a fraction of the price. I’m all about supporting American artists, but when the banger costs more than the rig, unless you shit money in the morning, you have to ask yourself if it’s really worth it. Find me dabing in the cabby. Start spelling words right so I don’t have to use them in these articles. Silly people.

WTF is a dab stick?

Now that we’ve had a run down of different dab nail setups, let’s talk about the dab stick. First and foremost, if you are going to be taking dabs, you’ll need a dab stick, or glass dab tool, or even a titanium dab tool. So what the fuck is a dab stick? I don’t know who started calling it that, but around these parts it’s always been known as a dabber. I love my heady glass dabber collection from various heady glass artists.

There are many dab tools, but this dabber is my dab tool. Dabbers come in many shapes, sizes, and materials. Some like the Happy Daddy titanium swords, while others are fans of the highly coveted handmade glass swords by Blaek aka B_Hold_Glass. Some people love the heady Damascus blade style of Matthew Du Bois of Rad Glass. It’s art, so it all depends on what tickles your fancy.

So what’s the best dab tool? I think it’s the one that you have on you. Personally I like the Poison Glass test tube dabbers. They are super sick and heady for the on the go dabber who doesn’t want to constantly clean off their dabber. He can also make cool heady custom dab tools. Lately though I’ve been all about that B_Hold_Glass heady sword dabber love. Ah the dab cap. I love a good dab carb cap. Once everyone got started on the banger kick, carb caps have been all the rave. Everything from directionals to rip tides to bubble caps, if it can fit on a banger and direct airflow in a cool way, it’s been made and auctioned on Instagram thousands of times. I did a little survey a while back asking how many dab carb caps people had. It seems like the average was 8 to 10. A different dab cap for every day of the week, and a different dab carb cap for each dab nail that has a different shape and size.

So what do they do? For example, let’s say you are using a 4mm thick bottom jacketed quartz banger. You get your banger red hot, then wait about a minute and a half to two minutes, depending on how red hot you get the dab nail. Make sure to set a timer, because we are impatient creatures when we want our dab, so you will almost always go in too hot, causing large amounts of throat irritation to occur, and a huge, gross coughing fit to ensue.

Once the nail has cooled down to the appropriate temperature, take your dabber which should have a nice dab on it by now, and put the dab into the banger. Get the dab off the dabber as quickly as possible, so that you can bring on the carb cap. This will cover the hole of the banger, and direct air onto the material, moving it around. In theory, this should give you a better dab, because you aren’t dealing with hot and cold spots as much. If a dab were to sit and pool in a banger, the area where the dab is will cool quicker than the rest of the nail. By moving the dab around the nail, you are keeping the nail’s heat more evenly distributed. It’s science yo. 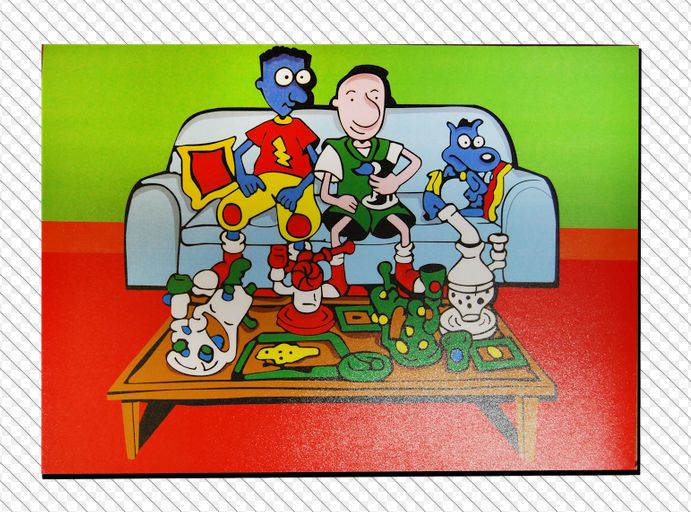 Let’s talk dab containers and other dab tools. The silicone baking sheet, or dab mat is another must have dab accessory. They will keep your glass safe from setting rigs down on the hard table, they will keep dabs from sticking to that same hard table. The dab mat is a daily dabber’s best friend. Those little circular ones are also handy for setting your philpot razorcaps in.

I wouldn’t recommend storing your terpy dabs in a silicone container long term though. The terps will eventually leach out leaving you with some less than tasty dabs. Unless you freeze it and keep them free from moisture, the best way to save dabs long term is to dab them. See what I did there?

I’ve also been using these cool silicone ashtrays lately. They are on Amazon and have a bunch of cool holes to hold dabbers and carb caps. Plus they are made of silicone, so your shit won’t stick to it. 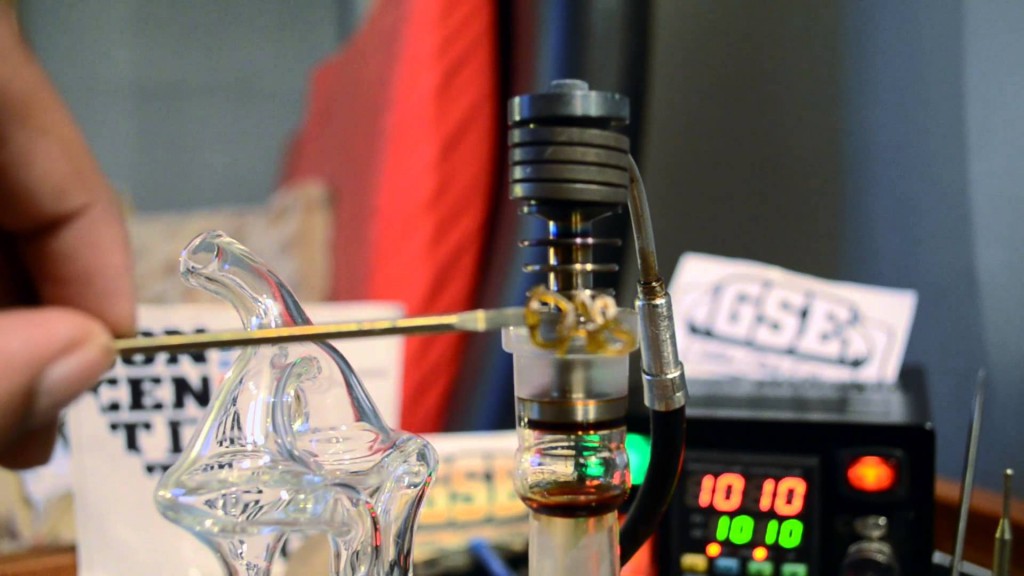 Also known as an e-nail, is basically a temperature controller that you can hook up a coil to. You set the coil around the e nail, which warms up the nail. Once the nail is at the temperature you set on the controller, it keeps it there. This should give you a perfect dab every time, without all the ritualistic nonsense that goes along with the torch and banger dab kit. I still take an e nail dab every now and again, usually when I’m recording interviews. Sometimes the torch gets more loud than the dabs I’m dabbing, and that just makes for a piss poor recording.

I reviewed the Lit enail a while back here, and more recently, the 710 Life ENail here. If you are in the market for a good electric dab nail, I would recommend both of those.

Personally, lately I’ve been a fan of the pocket dab rig. I know this one kid who makes some super dope pocket dab rigs. Honestly I know a few, and if you want one, just hit me up on IG and send me a DM. Pocket rigs, dabs, dab tools, and dab accessories are all stuff stoners like.

What are you favorite dab accessories? Let us know what needs to be on this list in the comments section below…