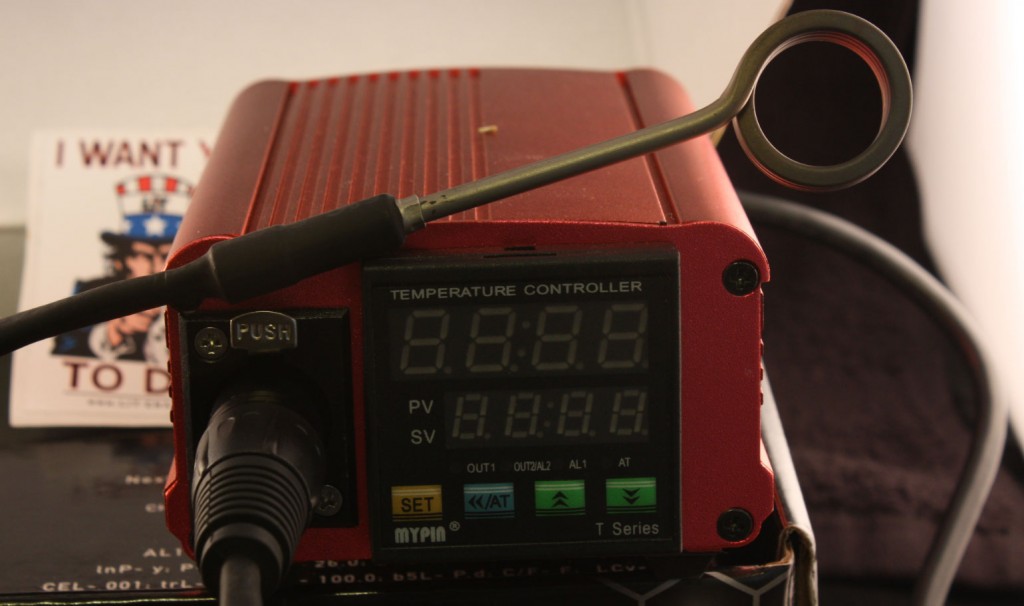 LIT Enail review by: Mat Lee
I would like to introduce all you stoner and stonerettes to my new favorite dab tool—the LIT enail. I can’t tell you how excited I am for this review. I mean holy fuck you guys, it’s a freaking E-nail! Out of all the awesome stuff stoners like I’ve checked out in my short time writing here the Nectar Collector and now the LIT enail are my favorites. Check out my video review below to see this bad ass piece of stoner technology in action.

Of course there’s the actual Periodic Table of Stuff Stoners Like poster, the QuartzCastle, the Vuber Atlas,and the Power Pen Stealth, but holy shit you guys—this is a freaking E-nail is so dope! It’s basically the stoner version of sharks with frickin laser beams attached to them for globs sake. I hope the video conveys how excited I am to smoke all the dabs that I don’t nectar collect, with my new favorite stoner toy to geek out on, the Lifestyle Industry Technologies E-Nail.

Let’s take a look at this thing. I used to write tech reviews after all. Under the hood it’s got a MyPin T series temperature control PID. There’s a really informative post about the controller itself on some smoking meat forum, if you are into tinkering with those sorts of things. Of course I wouldn’t recommend taking this beast apart, but it’s an interesting read.

Out of the box you get the power controller, a 16mm or 20mm coil, depending on what you specify when you order, and a Grade 2 Titanium Universal Nail. I didn’t realize it at first until I started really examining the nail. As you can see in the video, the underside had threads on it and was like hmmm. I gave it a twist and the upper part of the nail detaches from the lower part. You can then flip it upside down and use the larger threads to screw it back in. This thing is super cool fitting 10mm, 14mm, and 18mm in both male or female connections. All without carrying a bunch of adapters and attachments. I love how ingenious that is.

Now that we’ve talked about this beautiful piece of stoner engineering, I just want to share with you a few ideas that instantly came to mind when I first started using it. First of all, how awesome would this thing if it was wifi or bluetooth or something. I mean toss an arduino in there and walla, now we can pre warm the e-nail while we’re leaving the office or lab, and by the time we get home, it’s ready to make you forget about how shitty your day might have been.

Then I got to using it more and taking note about how fast the LIT E-nail warms up. I’m pretty sure that unless your office is at the bottom floor of your house and the LIT is on the fourth floor, you won’t need any cool technology to preheat it. Just flip the switch and ponder for a moment about which dab you’ll be going with. Seriously. We timed the LIT and from the flip of the switch it was hot and ready to go at 600 degrees F in two minutes and 55 seconds.

For the material we’re using, 600 degrees F seems to work perfectly. Of course if you are smoking non winterized extracts, or some #PoopSoup type shatter, you’ll definitely need to increase the heat. We didn’t need to take it above 700 degrees F to get it to rip nicely with anything we threw at it. Anything more than 700 degrees and I feel like you’re just needlessly burning up your throat and lungs. Of course some people prefer the larger smoke clouds that a higher temperature brings, but those of us smoking that top shelf clear but not The Clear know, that anything with terpenes in it like that will give you a nasty terpene bloom in your throat and lungs at higher temperatures. Know thy material, and know thyself.

Although it would be cool if the thing had some sort of Internet connectivity to give us stat nerds some sort of analytics on our dab use. I would love to see this thing keep track of how many dabs I take. And while we’re at it, why not toss in a little Gas chromatography–mass spectrometry (GC-MS) read out? You’re already doing half the job a GCMS does in vaporizing the material, all you need is a column with the detector in it that’s small enough to not be silly and awkward yet precise enough to display a nice read out of what you just dabbed. Was it poop soup or some #ClearbutnotTheClear? Of course you’ll need to supply some standards for it so you can actually know wtf you are smoking, but that can all be handled in the cloud.

But in all seriousness I just took like 8 dabs of all sorts and whatever kind of shitty day I think I was having doesn’t even exist anymore. It’s all smiles and sunshine now. The LIT e-nail is my new antidepressant tool, dabs are my antidepressant and it’s all stuff stoners like. You can pick one up at Growers Outlet where I got mine or order one right from the LIT website.