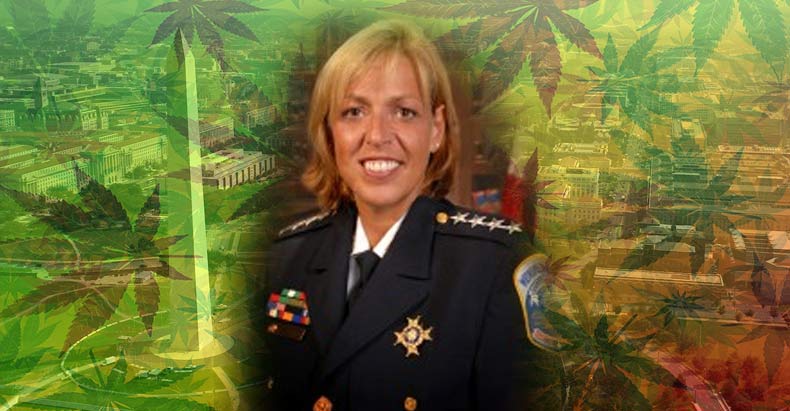 “Marijuana smokers are not going to attack and kill a cop,” Lanier said while speaking at the American News Women’s Club, says The Daily Beast. “They just want to get a bag of chips and relax. Alcohol is a much bigger problem.”

Lanier’s comments come just a week after lawmakers threatened to arrest officials if they passed the legalization bill. “Congress threatening city officials with arrest if they implement a lawfully passed citizen initiative to legalize marijuana is ‘a little bit of a problem for a police chief,’ she continued.

The real problem, however, is that Congress has decided to go against the will of the people not the fact that DC’s police chief and Mayor Muriel Bowser are willing to stand up to them.

Lanier also went on to reveal in the Daily Beast that: The police hate marijuana possession arrests, they’d just as soon dump the stuff down the sewer than handle all the paperwork and the court appearance, knowing it won’t stop anyone from smoking marijuana. “All those arrests do is make people hate us,” she said.

Luckily the sentiment is changing as the pot laws relax. DC de-criminalized possession of an ounce or less of marijuana last summer. Violators incured a civil fine of just $25, a third of the $75 imposed for littering. However the new law permits two ounces, and allows residents to grow up to six marijuana plants in the privacy of their home.

“It’s a small change,” Lanie said. “We’ve embraced it.” But according to the Washington Times that small change has lead to a major decline in marijuana arrests in DC—which is a very big deal.