Hitting the market in summer of 2016 Gorilla Glue weed is super potent. There are two main gorilla glue phenotypes out there including the original Gorilla Glue also known as Gorilla Glue 1, GG or Guerilla Glue, the nearly equally famous Gorilla Glue number 4 and Gorilla Glue #5. They all come from the same parents Chem’s Sister, Sour Dubb, and Chocolate Diesel and areall strong AF. However they smell, taste different and definitely deliver different effects.

How strong is gorilla glue

Gorilla Glue is really strong. GG strains typically clock in with an average THC level in the 25-31 percent. That’s hella potent, man. Typically weed above 20 percent is considered to be really strong stuff. However with legalization comes the ability to grow and experiment freely or relatively freely. Anyhow because of its massive THC content Gorilla Glue is actually some of the strongest weed on Earth. You better believe that it’s also some of the tastiest.

Gorrilla glue was originally created by Josey Whales and Lone Watie. They are the CO-Fathers of GG Strains. According to their website the two outlaws developed several strains. However their most known for creating the gorilla glue weed line. Gorilla Glue #4 was the first to be released to the public back in 2015.

According to the interwebs Gorilla Glue weed was created by accident. Apparently Josey Whales was growing some Chem Sister plants that turned into hermaphrodites. These hermes then pollinated his Sour Dubb plant. Whales wasn’t into all the seeded weed and decided to toss the entire crop. Thankfully his buddy Marrdog had a few left or there’s be no Gorilla Glue Weed.

From Josey Whales on Seedfinder.eu: “A few years ago i was growing sour dubb and chem sister and some others, the chem sis threw a couple nanners and hit the sour dubb, i held those seeds for a year or so and finally popped 5 of them, they were ok, really had one nice pheno but i lost it in a security scare, the other 4 pheno’s all hermed on me and totally seeded my whole stadium run, i was pissed.

i got rid of all of it to a friend, marrdog. he kept a lot of the seeds and about a year later we had a joint grow going and he popped i believe it was 6 of those seeds, i was really concerned that they would herm and didn’t have much hope for them, they were all female, we ended up with pheno’s 1 2 4 and one we called the runt, all were outstanding, the clear winner though was the gg 4. so thanks to marrdog and lady luck.” 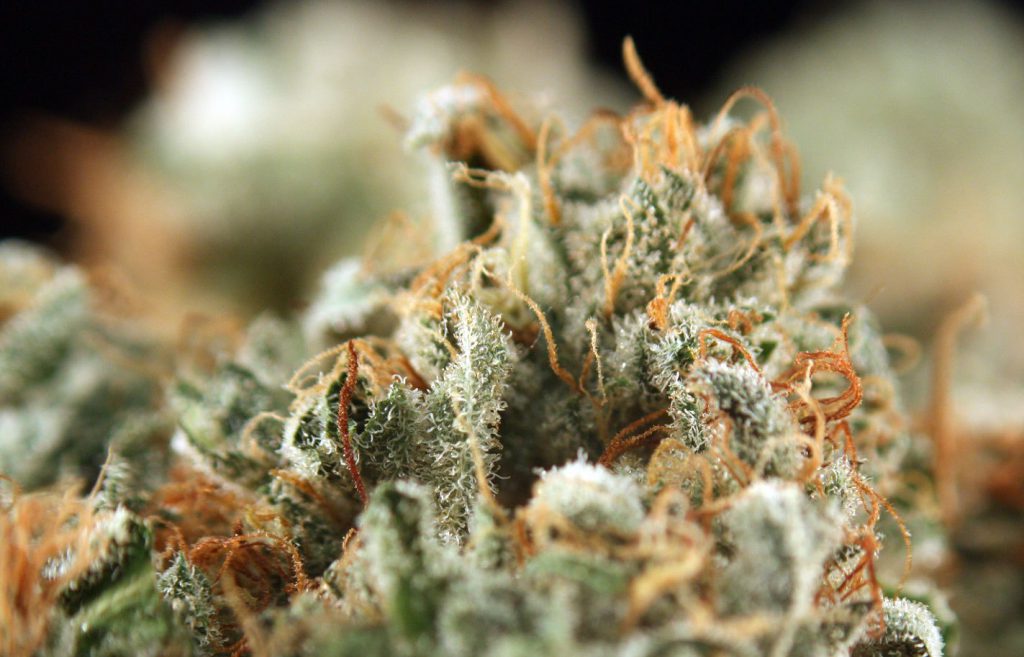 Apparently 125 verified gorilla glue marijuana cuttings were released at the High Times Los Angeles Cannabis Cup in 2014. From those early gorilla strain genetics many plants have been created. Lots of those plants have found their way on the market.
The Gorilla Glue Weed guys are also know for collecting a lot of awards. Gorilla 4 has won many awards including:

All three of the famous GG strains come from the same parents, however GG 5 contains a mix og GG 1 genetics. Anyhow they contain a varying mix of Sativa and Indica. The GG 1 we got from Growers Outlet in South Bend, Washington was labeled as having 80 percent Indica and a THC content of 26.7 percent. The GG 4 is a hybrid that’s 63 percent Indica and 37 percent Sativa. The GG 5 leans even more towards that Indica side with 79 percent.

Is your GG real or fake

As marijuana becomes more legal and more ubiquitous strain marketing will grow making genetic testing increasingly important. People want to know what they’re smoking. If they’re going to pay a high price for specific genetics like those found the Gorilla Glue weed than they want assurance. 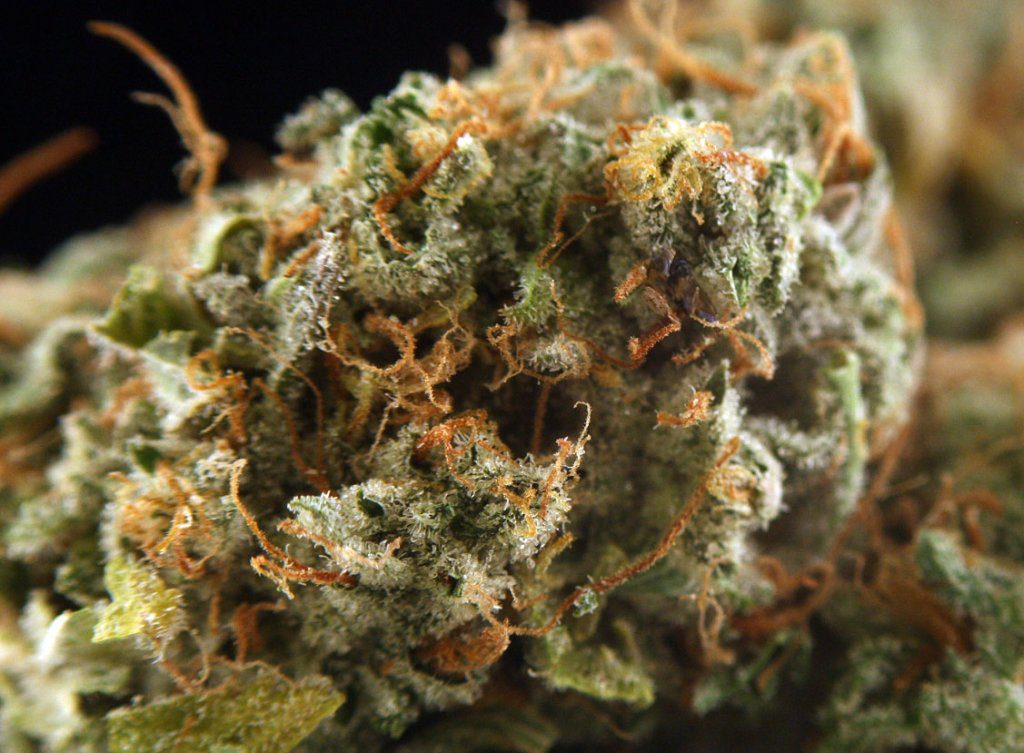 We gave our weed reviewer Mat Lee some Gorilla Glue weed to test that clocked in at 26 percent THC. He said that bong hits of the stuff “pack full expansion—if you take a big enough one—you’ll see stars.”

Gorilla Glue weed leans on the indica side and delivers some serious couch-lock, almost narcotic-like effects. It leaves the body relax and stoned. However there’s a difference in the head high between the two most phenotypes—Gorilla Glue 1 and 4.

While the Gorilla Glue 4 strain delivers the same heavy-hitting body numbing tranquility as her sister Gorilla 4 combines the sensation with a bit more of a cereal, clear headed, euphoric rush. Gorilla Glue is the perfect strain for night time or for when you just want to veg out on a lazy Sunday or sit around and binge watch TV or play video games. If you’re up for an outing or adventure—skip the gorilla weed.

Often times chronic aches and pain can lead to insomnia. For patients looking to sleep this is a great straind. NOt only does it relax the body so that patients can sleep it also relaxes the mind. Because of this many patients use gorilla glue to treat depression.

Gorilla Glue is also great for treating appetite loss. For patients who suffer from nausea and irritable bowel or things that make their stomach upset this strain works wonders.

“Gorilla Glue has that taste of pure fire—raw, unadulterated fire,” our strain reviewer Mat Lee wrote in a recent Gorilla Glue review he did for us. “This shit tastes real nice. Tons of tasty terpenes. It tingles the nose and has a slight minty aftertaste. There’s a diesel taste in a joint that has an almost creamy smoke to it.”

Gorilla Glue is often described as smokey, herbal and earthy. Because of those chocolate genetics in its parentage it also has a hint of sweetness. There’s also that undeniable sour diesel chemical flavor that our reviewer described as incredibly intense and he says that it sticks to your tongue long after you finish toking. 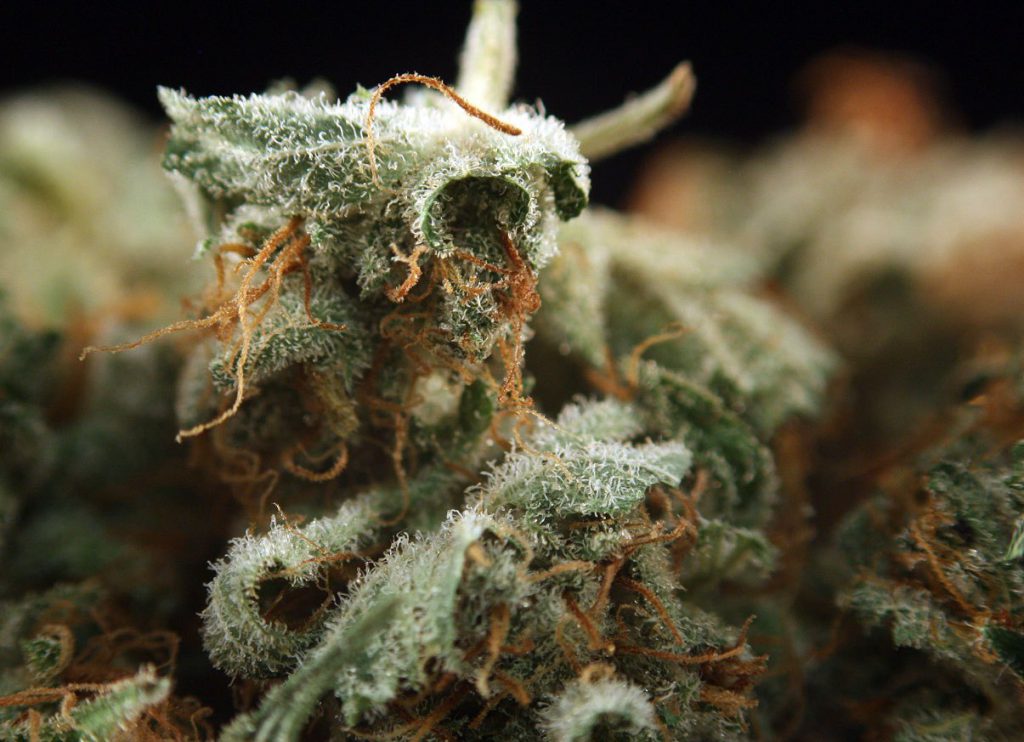 Spicy, kushy, pungent and earthy right out of the bag—the aroma of the Gorilla Glue weed strain, no matter the pheno,  is even more powerful than their taste. It’s pretty easily identified by its slightly sweet and sour mocha aroma accented by chemical diesel scents. According to our reviewer Gorilla 1 has a has a more piney aroma than it’s sister Gorilla 4.

He also tells us that his girlfriend thinks that Gorilla Glue weed smells like dirt. His new weed-smoking friend says that it actually smells like A1 steak sauce.

Because of their high THC content Gorilla Glue buds are coated in crystals making them extremely sticky. WIth any staring testing at 25 percent THC and beyond you can’t expect a lot of sticky fingers. Gorilla Glue is no joke—it will glue your fingers together for sure.

The buds are typically tight and round with a fantastic calyx to leaf ratio and usually a dark olive green with light brown pistils over light green calyxes.

Gorilla Glue grows vigorously. Some folks on the interwebs say that it tends to be sensitive to molds and mildews. However we’ve noticed that this isn’t the case with Sticky Fingers seeds who have been making a bunch of Gorilla Glue seeds.

Our buds from Sticky Fingers seed company live and breed on Maui where it rains all the time and not far from the beach. However they can flower their plants all year around which leads to some serious sizzling genetics. We’ve been working with these guys to bring some of their gorilla glue beans to market as well as unique crosses like Gorilla Dream (Gorilla Glue mixed with Maui Dream) You should be able to purchase their unique line of Gorilla cannabis seeds soon.

Have any information you’d like to pass on about the legendary Gorilla Glue strain? Please leave it in the comments section below. We really appreciate it.