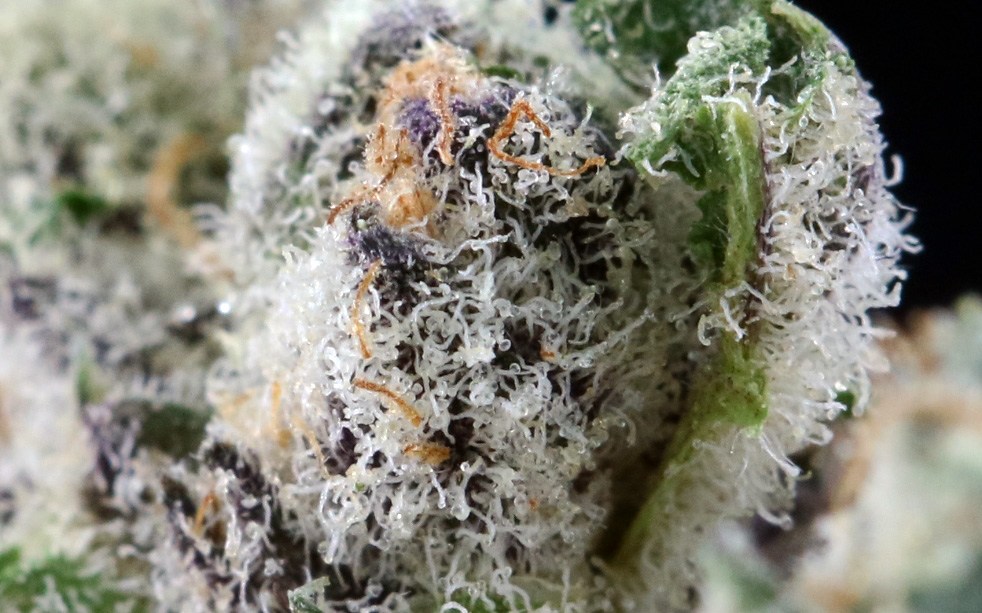 In search of the highest THC strain

Ever wonder what’s the highest THC strain ever? Well when speaking about THC content, or the THC percentage, there’s a couple of things we should keep in mind. Until proper protocols and standards are in place, THC levels, at least when represented by a number given by a lab in this modern day cannabis industry, tends to fluctuate all over the board. So keep that in mind whenever you are looking at numbers on the side of a recreational bag, bottle, or jar of some private reserve strain. Remember, the highest THC content strain doesn’t always mean it’s the strongest weed strain, or even the most potent weed. This is always something to keep in the back of your mind.

Back in my lab days when I had access to analytical lab testing on the regular, I would constantly see what I thought was the highest THC weed. But then someone much more wise than myself told me that sometimes, the numbers lie. I’ve seen numbers vary plus or minus ten percent. Who’s to say what went wrong and where, but that again goes back to necessity of standardized lab procedures and protocols.

That being said, people often ask me what the strongest weed strains are. I always reply that it completely depends on what you mean by the most potent weed strain. Are we talking about THC content alone? Because I beg to argue that just because a plant boasts the highest THC percentage, doesn’t necessarily mean it’s the strongest strain. I’ve reviewed plenty of strains here on Stuff Stoners Like that had test results that said 25% or higher THC content. Not all of those high thc strains got a high score on my made up scale of how good weed is.

I would love for someone to commission a study where we here at Stuff Stoners Like go into the field and search high and low for the strongest weed in the world. Of course, we would first have to consider some criteria and be all scientific about how you determine strength, and therefor answering the age old question, what is the strongest weed?

Some of the highest thc strains I’ve smoked, at least if you are going by the numbers on the label, included Chem Dawg, Girl Scout Cookies, and Bruce Banner weed, and Wifi OG. Out of the hundreds of strains out there, you’ll keep hearing certain ones over and over again for their ability to happily produce some of the highest THC content ever recorded. This changes all the time depending on who does the testing and who does the recording and record keeping. The last time we here at SSL took a look at what the strongest weed strains were, it was a hot and steamy July, and quite a few of the strains I still enjoy in my day to day smoke sessions are on there. I would have to say to me personally though, I think the most potent strain I’ve ever smoked was some unnamed herb here in Oregon. They definitely grow some of the most potent marijuana I’ve had the pleasure of blazing up here for sure.

Everything from the Bruce Banner strain to the Strawberry Cough strain, and even the Fire OG strain. But what you don’t see on that list is the heavy hitters on everyone’s lips and in everyone’s lungs. Does the Gorilla Glue strain ring a bell? It will if you smoke enough of it. I have such fond memories of my first exposure to Gorilla Glue weed that was grown well. Then of course all the variants, and especially Gorilla Glue number 4. 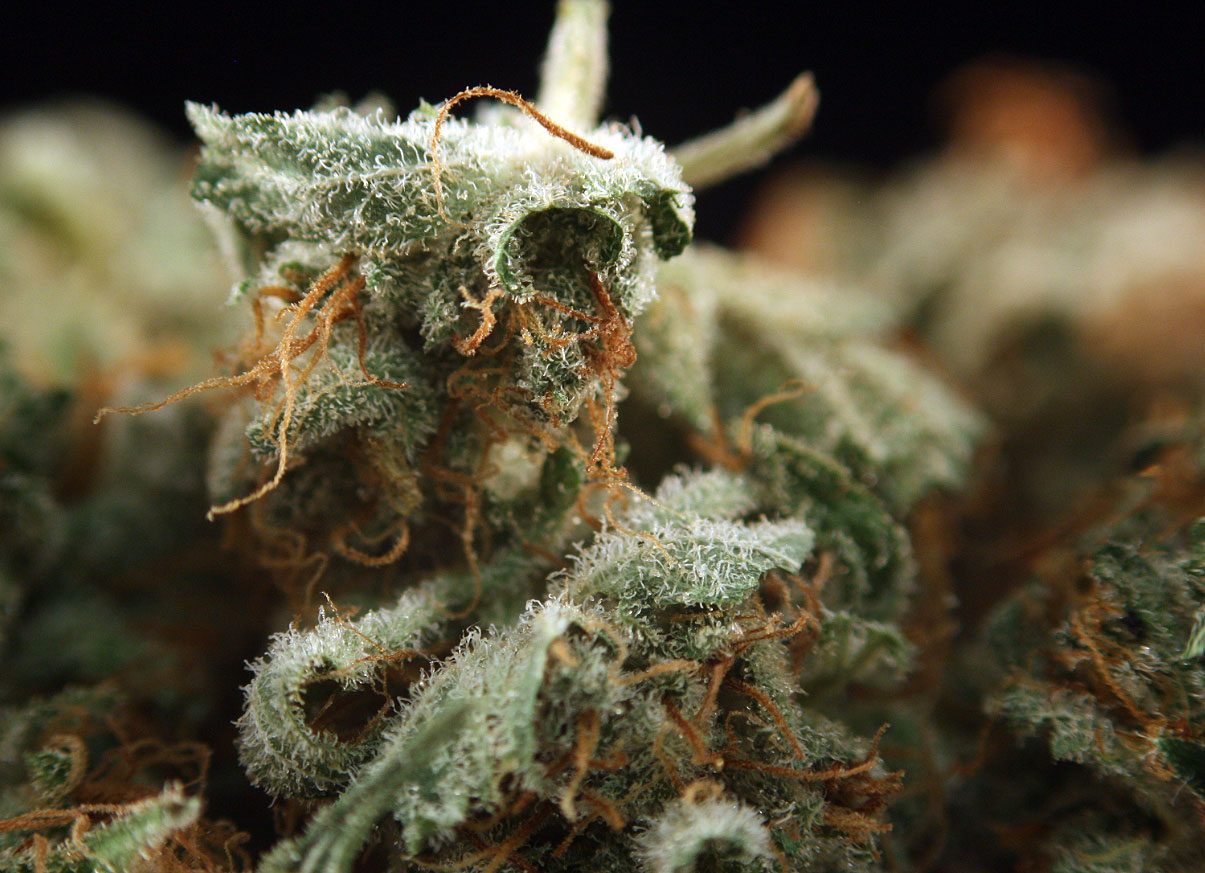 When the Gorilla strain came out, at least in the Washington I-502 recreational market I was reviewing cannabis in, people were going crazy for any gorilla glue weed strain they could get their hands on. I first checked it out here in October of 2015, and it was testing at just over 25% THC content. Then again here in July of 2016 where it got a THC percentage of right around 20. I tend to believe that is more on par with real life reproducible results, but who knows. The numbers used to measure THC levels are so skewed sketchy at this point.

But, just like everything else people seem to be unable to get enough of, they eventually gave people so much Gorilla Glue marijuana, that we had to find something else to smoke on. I actually stopped reviewing it because you know, who wants to read a bunch of reviews on a bunch of different Gorilla Glue strains all grown by different people in different conditions. Maybe other growers, but for me, I had to move on to the next tasty flower. There’s more to pot than just Gorilla Glue weed alone, yo.

These days if you want to find the highest THC percentage, you won’t see it in any 3 kings strain, or wifi OG or whatever wifi strain you dig on, or even the white strain. Not unless the flower is processed into a highly refined extract, or better yet, an isolate of some sort. If you have THC distillate or THCA isolate, then ideally, it should be the closest substance you can get into your endocannabinoid system that has the highest THC ever recorded. Also remember that if it’s THCA, you’ll need to multiply by .877 to account for the amount of THCA to THC conversion loss. At least that was the number last I checked.

But if you’re talking about the strongest weed strain in the world, then that’s always going to change depending on the perception of the individual reviewing it. Strength, at least in my mind, is a subjective experience. Life is all about that experience, and it being the most personal thing one can experience on this plane of existence. It’s your experience. Sure it can be shared, but when good old relativity kicks in, aside from the random similarities, it all eventually reverts back to the chaos that it first exploded from. That right there is some stony high potency private reserve stuff stoners like.

What is the highest THC strain or the most potent weed you’ve ever tried? Was it the infamous Gorilla Glue strain? Or have you smoked some of that Bruce Banner weed? How about that wifi strain? Let us know in the comments below.

10 Responses to “What is the Highest THC Strain Recorded So Far?”