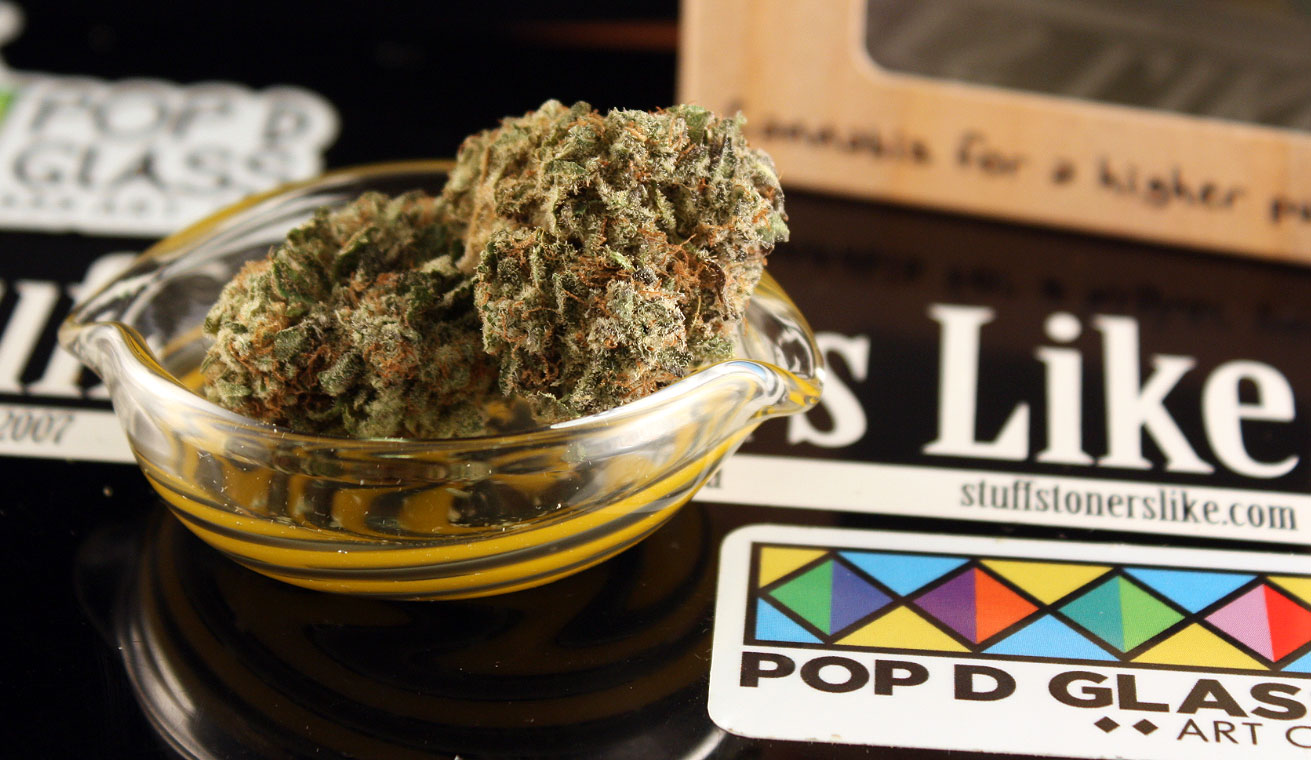 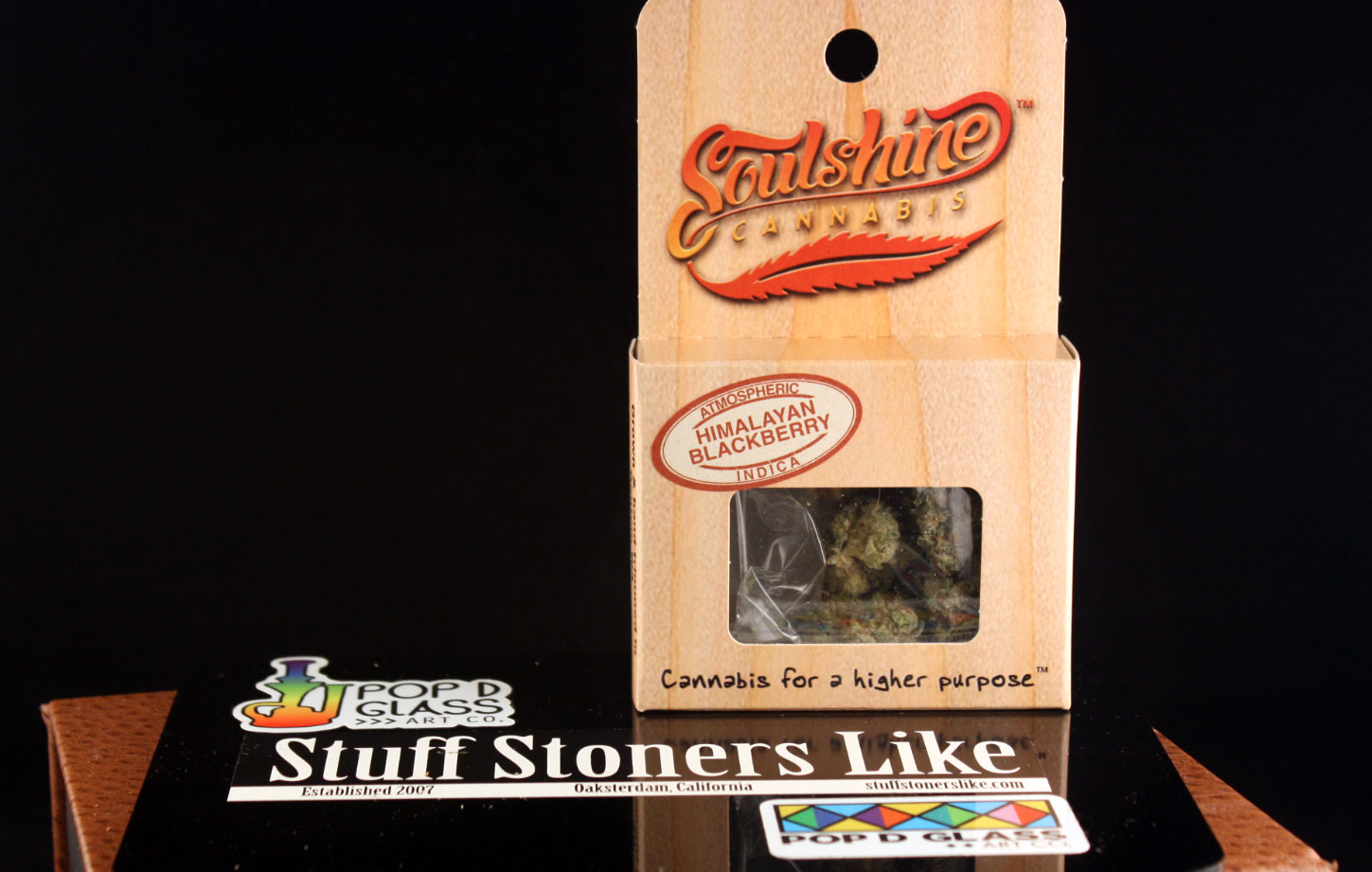 Appearance and Feels: As you can see from the pictures, these buds are dense and covered in trichomes. I feel like that’s pretty much the baseline these days, at least in the market I’m in. At least the trichome coverage.

Unless it’s high cbd low thc bud, there’s usually a nice trichome layer. These buds are definitely sticky and skunky. Super dense, you almost want gloves on when pulling it apart. You also want to make sure and break it up good, otherwise, like all good dense sticky bud, you’ll have a hard time burning it all. 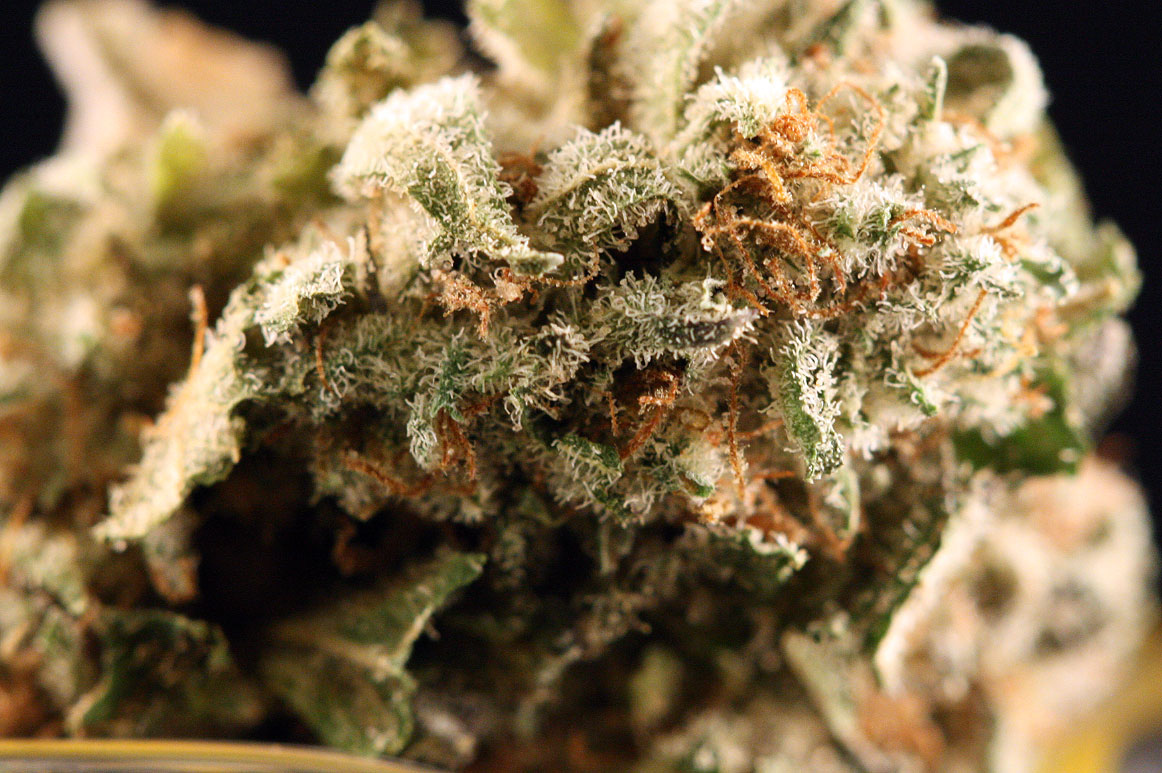 Smell: There’s not a whole lot of aroma out of the bag, but breaking open the bud reveals hints of its blackberry namesake. Or is that the name playing tricks on what I should be expecting to smell, then my brain filling in the blanks? Who knows… To me it almost smells more like candy than berry like.There’s also some skunky, dirty feet notes to it that really give it a strong, pungent smell. But definitely break that shit up and get your nose in there. Flavor: The taste was a little to be desired, which I usually chalk up to the harvest date, but this flower wasn’t that old. It didn’t taste bad or anything, as my associate says, it taste like good smokable weed. Maybe it’s the genetics? I’ve never had either of those strains it comes from, but from what I’ve read, they are sort of in that area of flavor. There’s not much berry or candy taste, just good weed. That’s what we want from strong landrace ancestry. 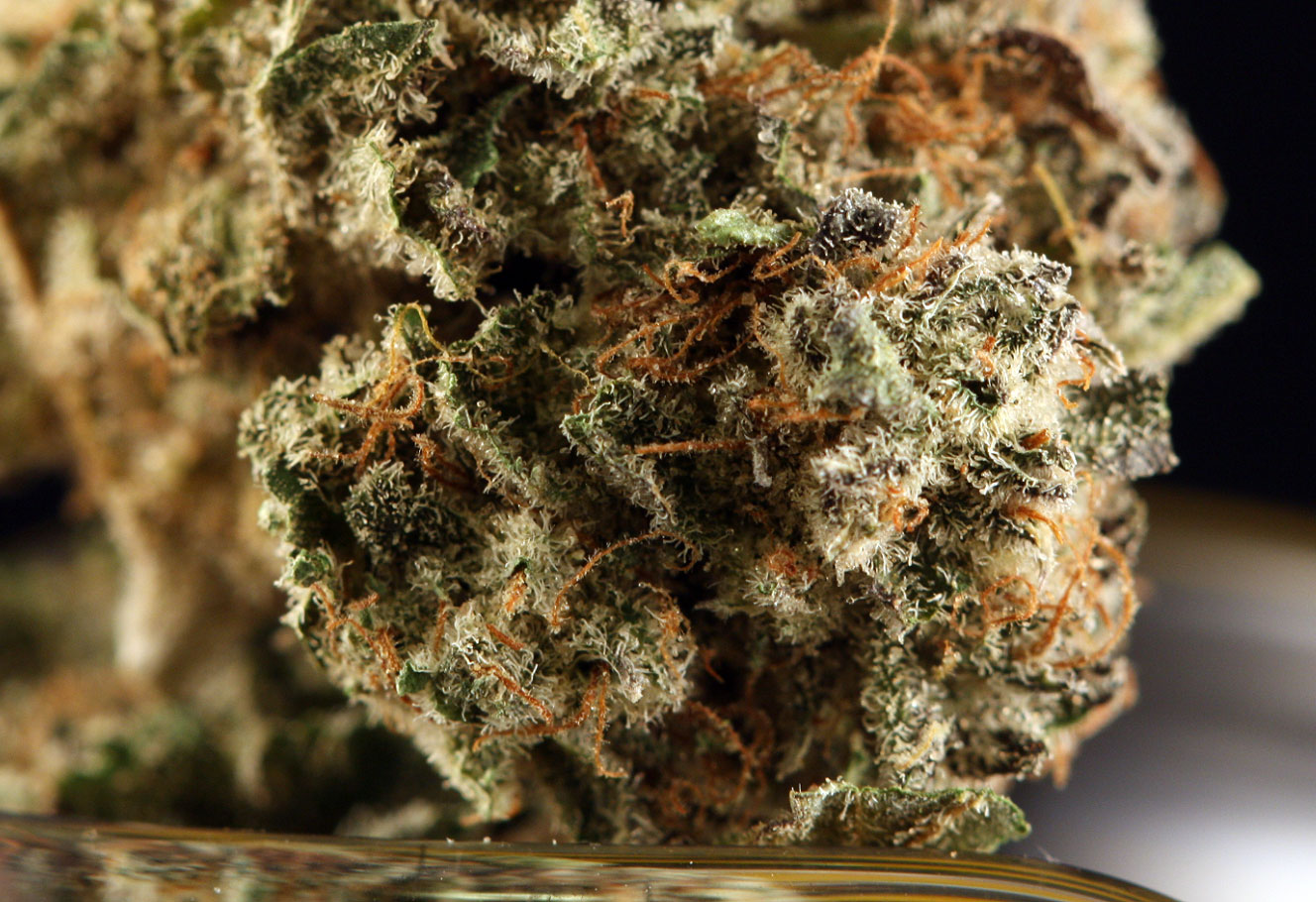 High: I immediately felt a nice happy head change from the bong rips we took. But as it usually goes, my associate just fell asleep. A good testament to people smoking high thc cannabis with endocannabinoid systems that are primed and ready to put your dick in the dirt.

Especially when you are working with solid landrace genetics like this that sit just over the 20% mark, you can expect the high to almost kick you in the face if you aren’t ready for it. Later in the sesh there was a nice creative streak to it, but that might also just be my mood as of late. It’s always hard to tell with these things as they tend to come in waves. 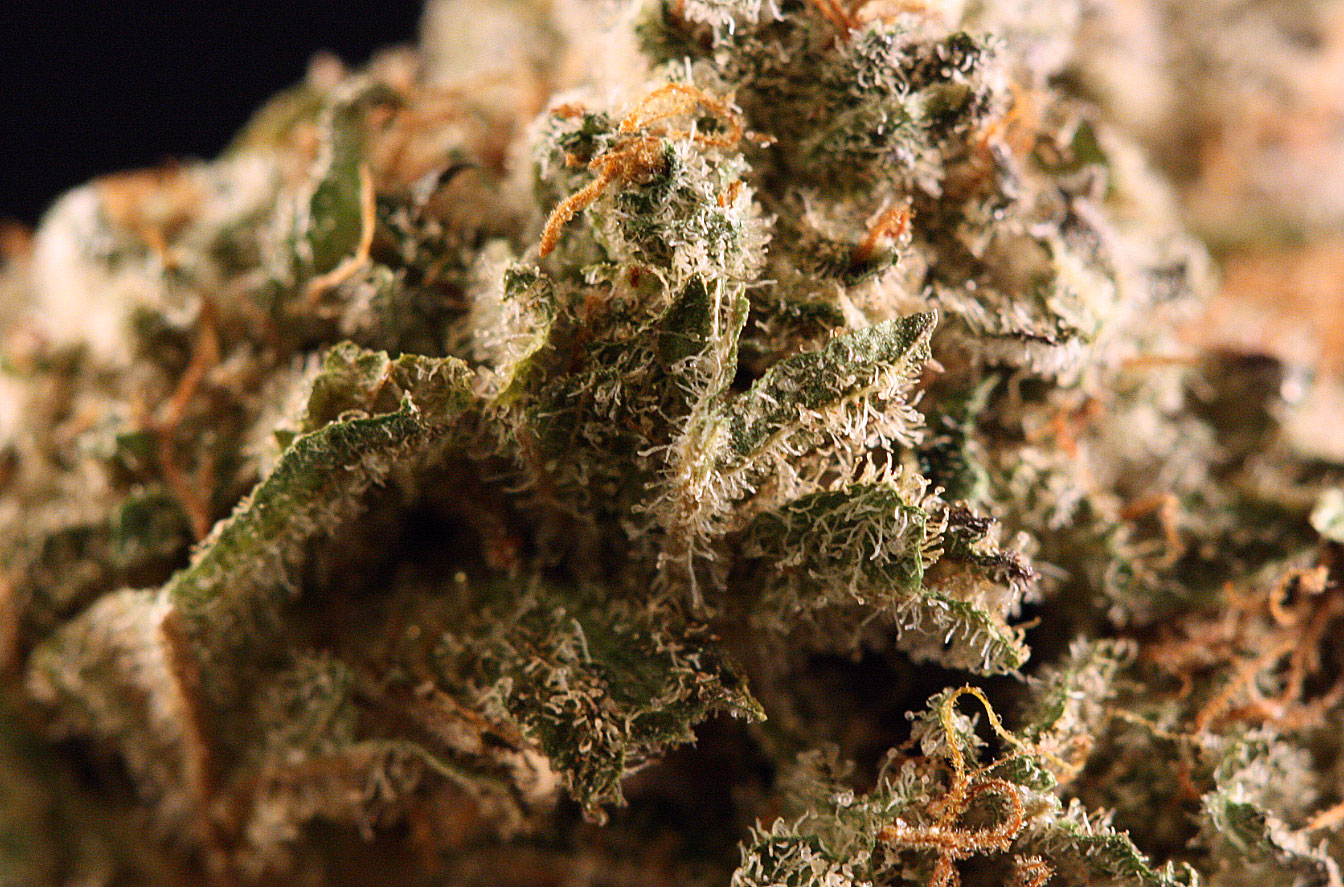 Overall: The Himalayan Blackberry from Soulshine Cannabis is pretty decent. Personally I’m more of a smell and taste kind of guy, so I wasn’t super impressed with it, but that’s nothing against them, that’s just how some strains are. Other people definitely love some of the cannabis I’m not a huge fan of. So always keep in mind when reading my own, and other reviews, that they are purely a subjective report of one individual’s experience at a particular time in space.

It’s all ego as they say. But if you agree with what I’ve written as far as cannabis reviews so far, then listen up. This is some good landrace flower. I’ll definitely keep my eye on this farm, especially considering their other strain I reviewed, the Narnia, was pretty good cannabis. Especially when the price is right. Which of course, will vary depending on where and when you get some.