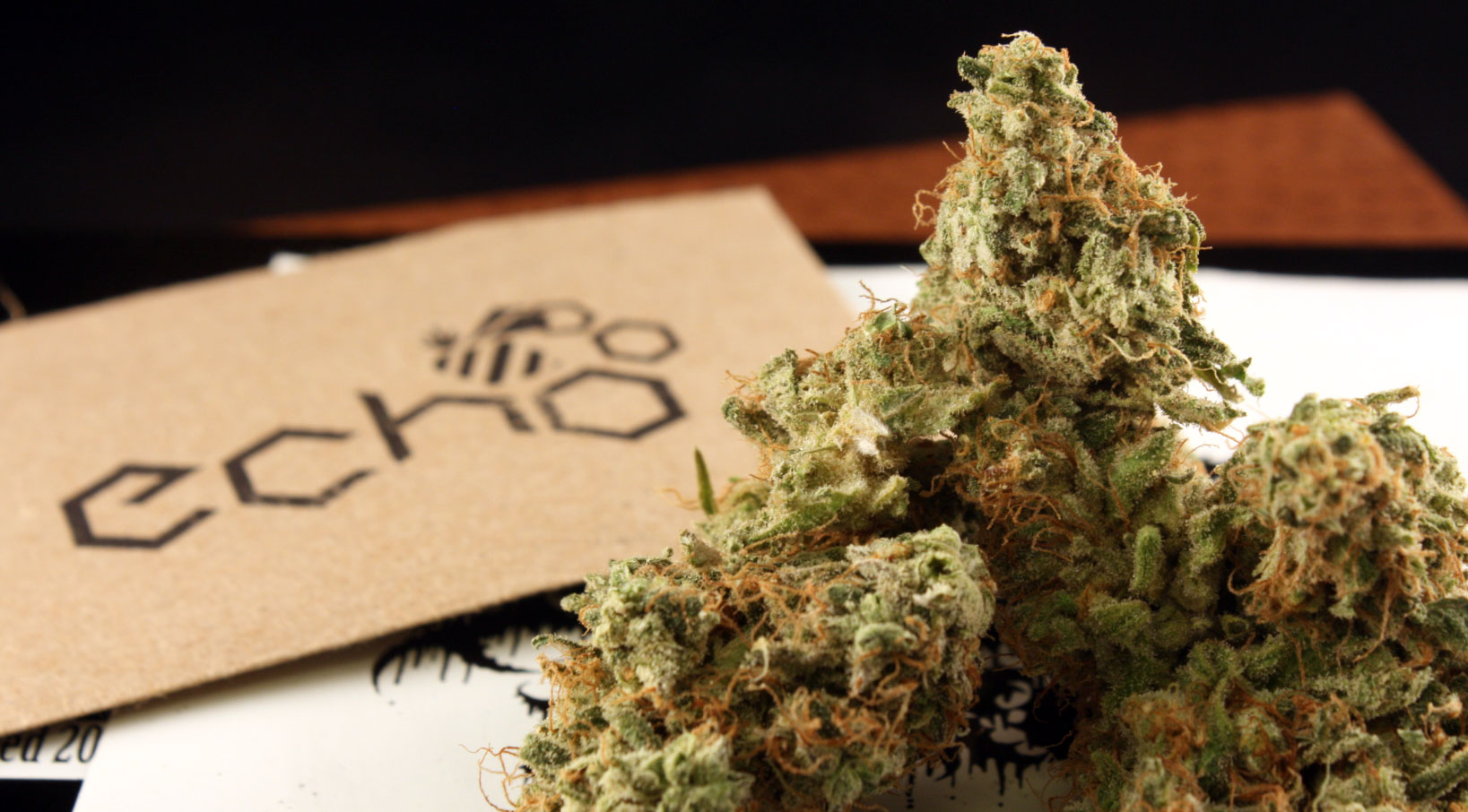 Genetics: Most likely one of the Cinderella 99 phenotypes. Could possibly be the BC Grapefruit or the Nectar Grapefruit, but at this point who really knows. It’s got some great genetics of you can tell that by looking, smelling, and tasting this cannabis. I mean really get in there and feel it.

Appearance and Feels: The Grapefruit from Echo Electuary is some primo looking cannabis. The trim job is top notch and as you can see from the pictures, the trichome growth is also notably nice. The buds are fat and dense, and will stick to pretty much anything they touch.

Smell: This is some of the most aromatic cannabis I’ve had the pleasure of reviewing in a while. I’m not even really a huge fan of the Grapefruit itself, but what holds true for fruit doesn’t always hold true for cannabis.

The terpene profile boasts over 18 mg per gram. That’s some stanky dank bud. Most of the smell is sweet, fruity, and citrusy. My description isn’t going to do it any justice, this is something you really have to smell for yourself. Here’s the terpenes that show up more than 1 mg per gram. You can click here to see the full terpene profile.
β-Caryophyllene – 3.7 mg per g
α-Humulene – 1 mg per g
β-Myrcene – 11.1 mg per g

Flavor: As you would expect from a strain high in Myrcene, there’s a bold mango like hopsy taste. This is also going to go a long way potentiating the effects of the other cannabinoids. The Grapefruit is one of my new favorite strains right now, mainly because of how smelly and tasty it is.

High: The Grapefruit offers up a gentle, cerebral, relaxing buzz, regardless of how it’s consumed. Of course bongs are going to get more of that good stuff in you quickly, but there’s absolutely something to be said about sipping this sweet nectar slowly through a heady glass piece or a joint.

Spliffs are also completely delightful, but I probably smoke too many of those a day to go through weed that’s this good. I’ll save the SLOG for the spliff rolling.

Overall: Like I said previously, this is some of my favorite weed right now. It gets a 9 in my made up scale of how good the weed I review is, and if you’ve been following along with my reviews, you’ll know that nothing gets a 10 until I’ve reviewed all the weed.

If you have a chance to smoke on some of the Echo Grapefruit, I highly recommend it. It’s stuff stoners like on so many levels. You don’t even know. You won’t even know, until you smoke some. So put on my new hip hop album Project LD 50, get yourself some good Echo Electuary weed, and blaze one for the nation! The nation of stoners.