How does it feel to be high?

How does it feel to be high? Sure this post is for beginning but it’s just that in our ever continuing saga to further basic stoner education, the next big question on our list deals with being high. Sure, everyone likes getting high, just not everyone knows it yet. Why do some people get stoned eyes while others can blaze through a half gram dab and continue moving through their day while being high on weed? So what does it feel like to be high? What is it like coming down from weed? Does anyone know how to get higher off weed? These are all fantastic questions about the marijuana high and experience. There are many different types of high, that you can track through the different stages of being high.

People need to know how to properly smoke weed. I see a lot of people out there smoking weed incorrectly, or not showing the proper weed etiquette. Practice makes perfect, or in this case, a well primed, fully functioning endocannabinoid system could mean the difference between getting a good marijuana high going on, and crossing the line to that slightly uncomfortable spot where all you can think about is coming down from weed. Let’s explore this further. But first, let’s start out by getting high.

The beautiful weed high. When people ask what it feels like to be high, it’s hard to put a smile into words. How do you express the most calm, comfortable feeling you’ve ever experienced, into words that hopefully another human with a different relational perspective and reference point could even begin to understand?

As with most drugs, the marijuana smoking user experience is going to vary. Everything from set and setting, to the individual’s own brain chemistry and tolerance, to the purity of the substance consumed will all have a say in the overall experience. Marijuana smoking has come a long way from the times of calling up the homie and getting a yes or no. Now we have variety and options on ingestion methods. It’s really an amazing time to be alive and it’s even better when coupled with being high on weed.

So, how does weed make you feel? In my experience, both personally and guiding others, there are several points of feeling and experience that all seem to hold true. I should mention that this is strictly anecdotal, and your own results will most likely vary. It’s always hard to tell people a cut and dry answer when they ask, “What does smoking weed feel like?” But we do the best we can when explaining the different types of high from the different types of weed. What is weed like? Weed is like, stuff stoners like man. 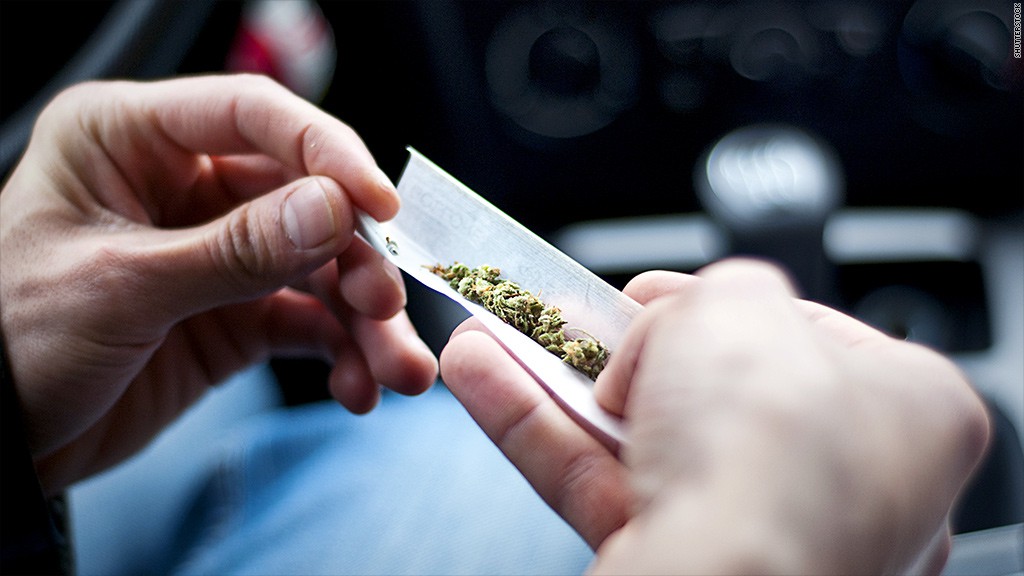 Some strains give people a nice creative spark, while others make you want to sit around on the couch all day. Some will motivate you to write beautiful poetry, and others still will give you that fun jokey hang out with friends vibe. As I said before, this also depends on the environment the cannabis is consumed in, as well as who the weed is consumed with. Friends set the vibe, just as much if not more than the actual place. When people ask me what is it like to be high, I always have to answer, “It’s good man, real good.”

You might end up with the munchies, or you might just want to stare at art. A lot of the experience will depend on certain preconceived notions you have going into the session. If you have heard something about a certain strain, then pick up the strain yourself, you will have this subconscious idea of expectation. Generally when that happens, if the marijuana high or smell or taste or anything doesn’t vibe with that preconceived notion, then the brain feels like there’s something wrong and you might not have the enjoyable experience you would have had otherwise. Psychology yo. That’s some stuff stoners like.

What happens when you smoke weed?

People also ask, “How does THC get you high? A lot of glorious shit happens when people smoke weed. From the moment you inhale the first hit, cannabinoids and terpenes and a myriad of other molecules and compounds are entering your body. From there it all goes to where it needs to go, in order to do the things it needs to do. I know, this is probably the most simple explanation in the history of cannabis science explanations, but the actual science gets pretty complicated, and probably a lot less interesting to those of us who are just trying to catch a good buzz, or trying to figure out how to get higher off weed. There’s nothing wrong with wanting just a little information from one weed smoker to another about what it’s like to be high on weed.

So the goods are in the system. The terpenes and cannabinoids are doing their synergistic dance, creating what is known as the Entourage effect. This is mainly why we are attracted to certain aromas, and turned off by others. Our brain knows, through the nose holes, and the rest of the holes in the body, which smelly things we want and which ones we should stay away from.

If we apply this to cannabis, we see that in smelling different strains of cannabis, we should always go with the strain that has the most appealing smell. That means there’s something in there the brain thinks it needs, which will end up creating a more positive experience for the user. Trust your nose, it always nose. That damn cereal bird was right this whole time.

Symptoms of being high

Some of the symptoms of being high people smoking weed sometimes experience include dry mouth aka cotton mouth, increased appetite, increased feeling of well being, more tolerance of the sad state of the world at large, increased tolerance of the monotonous nine to five grind, and a little kick in the pants as far as some increased sex drive action.

Of course, that depends drastically on the set and setting. I don’t think anyone has ever smoked some weed while they were out with their bro’s then started to uncontrollably pitch tents and knock drinks and glass off the tables. But if you are with your lady or guy or whatever, and the mood is right, some cannabis to the dome could be exactly what is needed to kick that Netflix and chill into some wet sex and drill.

Now that we have a simple understanding of the Entourage effect, we can use that knowledge to our benefit. If there are certain terpenes that aid in the actual feeling of being high, then we can prime our system using those terpenes, whether adding them to the cannabis or extract, or just by having some aromatherapy in the room going using those terpene blends. Myrcene is the popular one right now people are all over. Terpenes and Testing has a fantastic article about Myrcene I highly recommend getting blazed and reading.

Cara Wietstock writes that Myrcene has been shown to “help reduce inflammation, while also increasing our brain’s ability to soak up more THC and reducing the resistance of the blood brain barrier.” Now that’s some cool cannabis science right there. It’s awesome people want to know things like what does getting high feel like, and how to properly smoke weed. It means we’re evolving as a group, and that’s going to hopefully lead to more positive progression, and maybe even a chance to get off this planet.

Coming down from weed

Remember though, what goes up must always come down, and sometimes perhaps one would like that to happen sooner, rather than later. A lot of people try to find out how to control your high, but the only real way to do that is to be the master of self. We don’t ever really control the high, we just go with the flow. Those who fight it, usually end up having a bad time. Know what your brain does and doesn’t like, know what vibes best for you depending on the mood. Know what things you can do to help modulate your mood.

Once you get to that point, picking out a good strain of herb will be as easy as taking a sniff or two from the jar. Every weed smoker knows that feeling when they smell some weed that’s just right. It’s like your nose is telling your brain to smile. Being high on weed is something we can all benefit from, and definitely something worth smiling about. So how do you feel when you smoke weed? I feel real good.

Tell us all of your favorite stories about smoking weed for the first time in the comments section below, man.