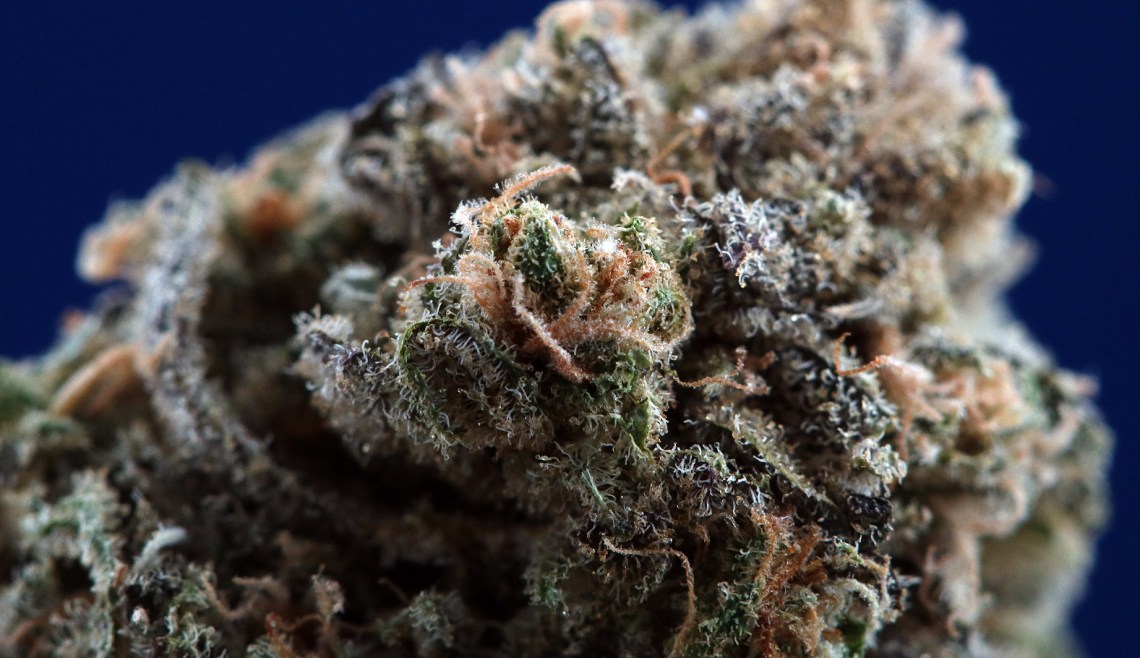 How many chemicals are in marijuana and what are they?

Chemicals are stuff stoners like right? I certainly hope so since they are so important to our day to day life. But what about chemicals in weed? Chemicals, and the science of cannabis chemistry allows us to basically be modern age marijuana alchemists. I love thinking about marijuana chemicals. For some reason I picture a flask with something green and bubbly swishing around. Having worked in an actual thc distillate processing facility, I know that’s not the case. Hopefully.

Regardless, we should all be thankful for chemistry and the chemists who continually practice the science and up the game. Especially in regards to marijuana chemistry. Without it, we would have no idea what the THC chemical structure looks like. We wouldn’t even know what’s in marijuana, we wouldn’t know about marijuana chemicals, terpenes, cannabinoids, or even the amount of THC in weed. We should never take this for granted.

If we’re talking about THC, the decarboxylated form of THCA, then it looks like this:

But if you are talking about THCA, before any decarboxylation happens, then it looks like this: 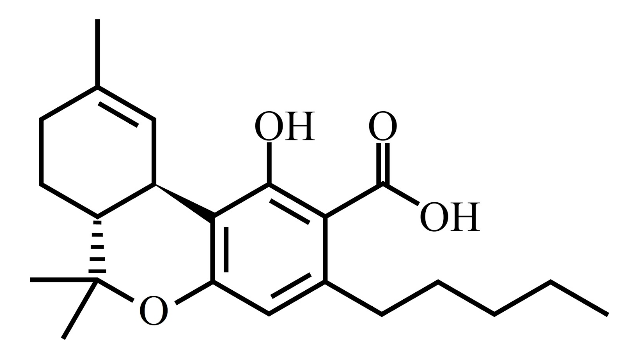 If you look at the THC chemical structure images above you’ll notice that the molecular structure of THC is, of course similar, but it is also quite different. These differences can cause huge changes in how the effects of the cannabinoid are experienced. Just like when you ingest THC, it’s a completely different experience than when you smoke it. That’s because when you ingest THC, your digestive system is metabolizing that THC into 11-hydroxy-thc which is produces different effects and is more potent. That’s why some of us can smoke and dab all day long and still be fully functioning citizens of this great planet. But then we eat some edibles and it’s night night time. Others are different, depending on their endocannabinoid system, and their bodies ability to metabolize the cannabinoids.

How many chemicals are in marijuana?

So what’s in marijuana these days? I don’t think we exactly what is in weed yet, as a complete picture, but we have a pretty good idea. Remember, cannabis science and marijuana chemistry are fairly new fields in regards to being able to conduct high quality, legal research. The last count I saw was just over 400 chemicals in marijuana are known. About 60 of those are specific to the cannabis plant itself. These are the cannabinoids we know and love so much.

So what’s the rest? What chemicals are in marijuana? What is marijuana made of? There’s all sorts of lovely chemicals in marijuana. Terpenes, fats, waxes, chlorophyll. Plant stuff yo. But if all you care about is the active ingredient in marijuana, then the cannabinoids and terpenes are where you should focus.

So what’s in weed and how many chemicals are in weed?

You’re cannabis could also have more chemicals in it, thanks to the prohibitionist hold out states. I know it’s hard to believe, but some humans on this planet are still considered criminals if they choose to grow their own weed. In most of those places, the majority of cannabis consumers have absolutely no idea what is in marijuana. They definitely don’t know what chemicals are in weed. Weird right? I know, I had to look it up, but it’s true. There’s still about half of this country that hasn’t come out of the cannabis closet and embraced the eyrie.

Soon though, but until then growers in those states don’t have access to proper labs conducting proper marijuana chemistry to give them proper results. This means growers can be putting in all sorts of harmful chemicals into their weed crops just to make them grow bigger and stronger in less than desirable conditions. Because marijuana is the kind of plant that sucks these sorts of things up, it passes that love right on to you. This is why it’s key to have proper marijuana testing protocols in place and allow growers to do what they do best. Grow the ganja!

One Response to “How Many Chemicals Are In Marijuana And What Are They?”