So check it out…White Mystery is this heavy rock’n’roll duo…we got Miss Alex White manning the geetar and Francis Scott Key White playing drums and cymbals and maybe a  cowbell. But don’t quote us ’bout the cowbell. Anyhow, they’re from Chicago and they fuckin’ ROCK…we love ’em. No, not just because they were named an MTV Top Sibling Act, which is quite a coincidence because they are in fact brother and sister, or that they also scored the Best Video Premiere and the Top Ten National Album according to the Austin Chronicle. We love ’em cause they fuckin’ ROCK. They’ve played with dudes like Weezer, the Gories, and Mavis Staples and then like 120 other shows around North America last year. That’s some serious mileage, man. Anyhow, check out all their cool stuff like videos and tour dates and cocktail recipes and other Mysterious shit HERE. STUFF STONERS LIKE: We know a lot of chicks that play in bands and happen to play the guitar. Some really hate to be referred to as girls…as in girl-band; girl-guitar player…like it diminishes their talent or something. What do you think about that?

STUFF STONERS LIKE: That’s cool, because like now we do know you. So that IS cool. So you two played more than 120 shows all across the country last year, damn. So like, during your travels have you come across a particular state where you, uhm…think the grass is a li’l greener?

White Mystery: Have you been to the fertile soil of Canada?

STUFF STONERS LIKE: Ahhh…Canada, we’ve heard of that place…ain’t it famous for hockey and weed? Ya know they have a pot leaf on their flag, right? Yeah, we LOVE that place. Wait…speaking of hockey, you two are from Chicago, eh? Don’t tell us you’re like Blackhawks fans and shit?

White Mystery: I love Basketball, like The Bulls and DePaul Blue Demons college games.  Are you big hockey fans in the freezing tundras of Oakland, California? STUFF STONERS LIKE: We got good ice…contained in a rink here downtown, dude. Okay, what were we talking about? That’s right touring. So uh…we like the smell of weed. That’s a lie. We LOVE the smell of weed, which is weird because this has nothing to do with touring…no wait it does…because weed smells like skunks and skunks smell like the interior of our car. Okay question, it’s late, you guys are on the road…tourin’ like rock stars and you lean back in your seat…closing your eyes you get hit with the familiar aroma of skunk. Do ya smile or frown?

White Mystery: You mean the smell of road kill?

STUFF STONERS LIKE: Uhhh…you know what we mean, dudes.

STUFF STONERS LIKE: Ya know…rolling dirty has it’s risks, just ask Willie Nelson or Snoop Dogg, so let’s pretend the highway patrol stops ya. If you’re listening to Snoop or Willie or NWA’s FUCK THE POLICE when a cop pulls ya over…yer pro’lly fucked, right? So what’s like the best album to be jammin’ at that very moment you get pulled over? 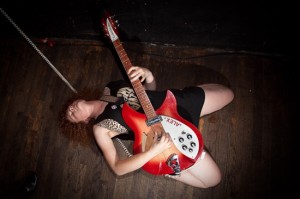 STUFF STONERS LIKE: Uhm…think so. Anyhow, that doesn’t matter…all that matters is that he legalizes WEED before he leaves office. But, let’s say he asks you guys to write his campaign song for 2012…what would ya call it?

STUFF STONERS LIKE: Peas? Did you say peas? And, were’ back to food again. Okay, when we get stoned we like to order Chinese food, watch some Star Trek and wait for that shit to get delivered, yo. But, like Chicago’s known for pizza, right? So that must mean their Chinese take-out must suck, right?

White Mystery: Chicago is a paradise for pizza lovers, and we pickup deep dish in person from a classic joint called Gulliver’s.

STUFF STONERS LIKE: Good call, dude, that way you don’ t have tip nobody. Damn, all this pizza talk and now we’ve got the munchies hella bad. Like, when you guys get the munchies what are ya lookin’ to get into, man? Potato Chips, Mother’s Animal Crackers and a ChocoTaco? STUFF STONERS LIKE: Good choice. Them Animal Cracker cookie things do go great with weed. And coffee. Ya know…Jeff Spicoli once got Van Halen to play at his birthday using the money he scored after tossing some coffee in this dude’s face. Blam. It was awesome. No wait…it wasn’t Spicoli it was that other dude behind the counter who threw the coffee. Spicoli made his Van Halen money by saving Brooke Shields from drowning, right? Eh, who cares…the point is…we totally love coffee…it’s delicious. So uhm…how do you all like your coffee?

White Mystery: You know the first White Mystery song on “Blood & Venom” actually explains exactly how I like my coffee?  Black, with ice.

We did know that. Did you know we’re about to start the quick-fire round? And…GO!

STUFF STONERS LIKE:  Do you think it’s easier for someone to understand Ozzy Osbourne if they’re stoned or drunk? 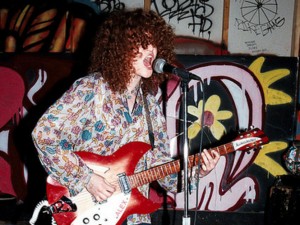 White Mystery: It’s actually a dream to play with Black Sabbath on this reunion tour!

STUFF STONERS LIKE: Wait reunion tour? Are we dreaming? Okay…Give us a word that rhymes with Fuck?

STUFF STONERS LIKE: How ‘bout one that rhymes with Greed?

STUFF STONERS LIKE: Favorite cereal to eat at 2 am after a gig? 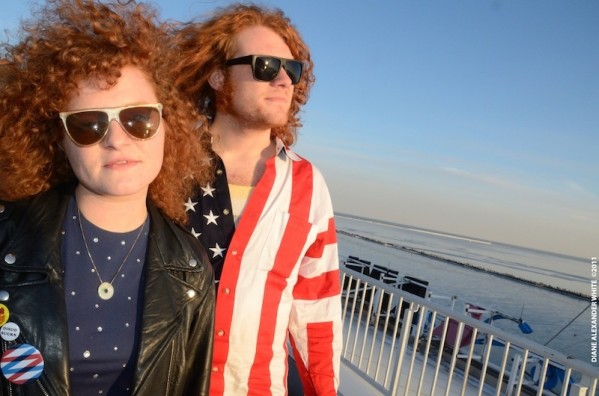 STUFF STONERS LIKE: Aren’t those the same thing? Okay, so if you had just one weapon to defeat a zombified Newt Gingrich…what would you choose?

STUFF STONERS LIKE: They say the mind is a terrible thing to taste…but a brain on drugs looks completely delicious…especially with a side of bacon and some toast. So uhm, what do you two usually eat for breakfast?

STUFF STONERS LIKE: Would you make out with Maggie Gyllenhaal? and if no…how about your brother?

Alex: I’d make out with her bro…just imagine a Gyllenhaal/White three-legged race down the aisle.
Fran: YES

STUFF STONERS LIKE: Nooo, no…we mean…would your bro make out with Maggie…on purpose?

STUFF STONERS LIKE: How much does your hair weigh?

STUFF STONERS LIKE: Quick…first word that comes to mind when you hear the word; crybaby

STUFF STONERS LIKE: How long have you known your brother?

STUFF STONERS LIKE: Wait are you sure that dude’s your brother? White Mystery: We would save them both from a burning building.

And…we’re done with the quick-fire round…guess we should ask you ’bout your music, eh?

STUFF STONERS LIKE: We love that fire-glo Rickenbacker guitar you seem glued to, Mrs. Alex. It’s very 60s garage-rocky, a lot like yer sound. So, uh…what made ya choose that particular guitar? It really sets off your beautiful locks.

Miss Alex White: A tall, redheaded man at the Chicago Music Exchange handed it to me and then a choir of angels sang.

STUFF STONERS LIKE: A redhead, eh? We knew it had something to do with hair. But damn, yo…how do you get those angel’s voices to sound so distorted and rockin’? Miss Alex White: I use a Big Muff Pi for grungy sounds.

STUFF STONERS LIKE: Mmmm pie. So, in closing…would you PLEASE suggest 5 ROCK albums our Hip Hop lovin’ audience (not that there’s anything wrong with that?) should check out to get an understanding of why ROCK ROCKS…

Check out White Mystery’s site HERE, FB action HERE, Twitter coordinates HERE. We stole photos for this article from Diane Alexander White. And, make sure to check out White Mystery’s new album, 2011’s, Blood & Venom. The opening track’s called White Mystery…and our theory that any band who introduces themselves via song, especially on an album THAT IS NOT their debut…FUCKIN ROCKS!