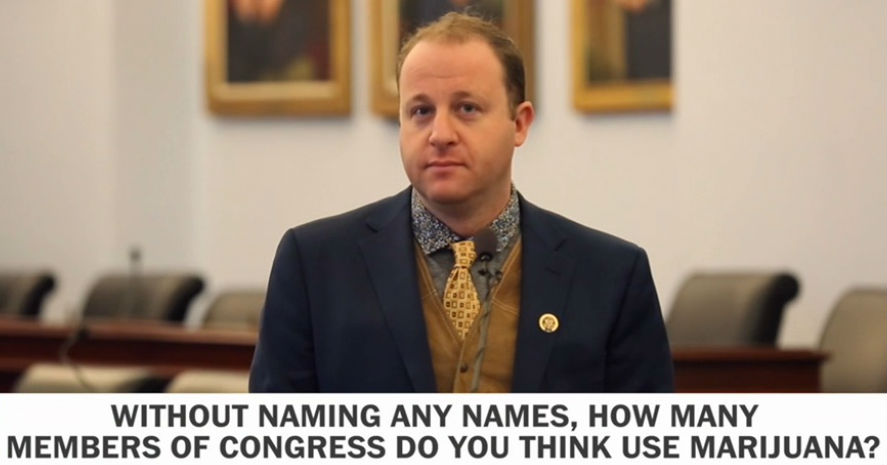 How many members of Congress do you think smoke weed? Leading marijuana legalization advocate and Colorado Democrat Jared Polis has the answer.

“I don’t think more than five or ten I would guess,” Polis remarked at a National Cannabis Industry Association Capitol Hill briefing earlier today, reports The Washington Post. “But I really wouldn’t know because I haven’t seen them use it. I would just be completely guessing.”

Using a Health and Human Services survey, a 2013 Gallup survey and information from the Congressional Research Service, the National Journal decided to put Polis’ guess to the test. And they determined that “anywhere from 1 to 5 percent of members could actually be using marijuana.” You know what this means, don’t you? Right this moment there could be anywhere from 4 to 20 STONERS in congress. 4-20, How apropos, eh?

At the briefing Congressman Polis went on to say, “We’re pretty typical. People think, ‘Oh, members of Congress are so different.’ No, they’re actually pretty normal,” Polis said smiling. “That’s why when you hear about one who had an affair or something, well, if you take any group of 435 people, you’re going to have a couple who commit affairs.”

Sure it may be common for unconscionable Congress members to have flings, but as the Journal’s Elahe Izadi points out in her post, members of Congress are anything but typical. “It’s still highly debatable whether members of Congress—the majority of whom are millionaires—are just like the rest of us.”