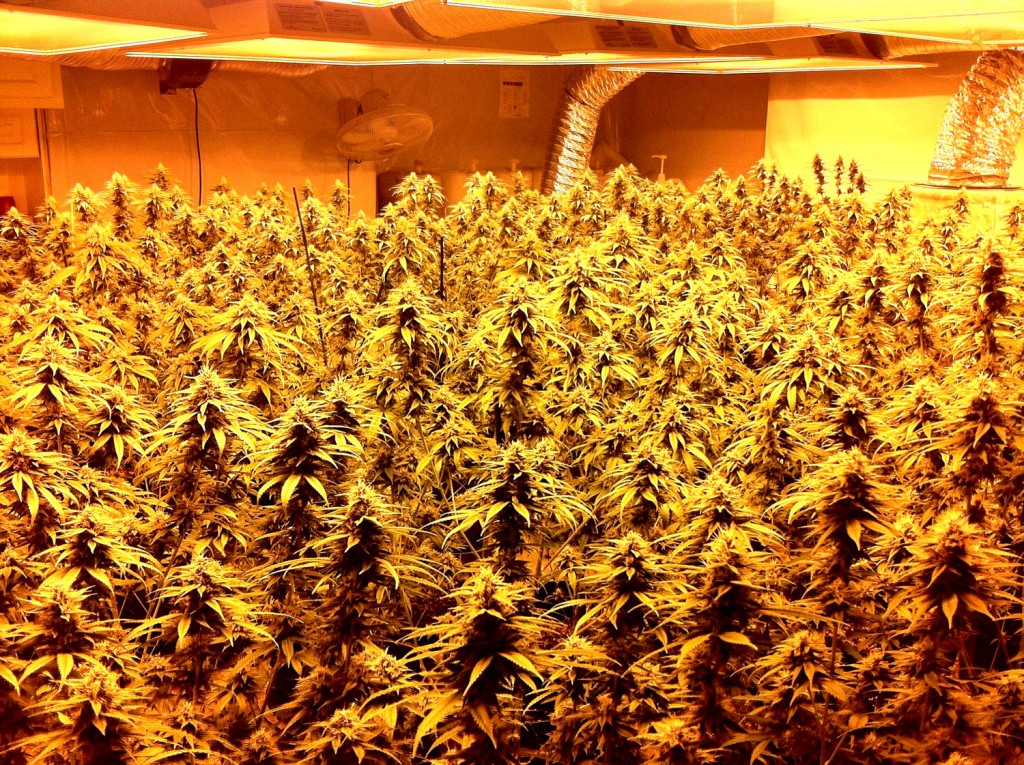 Question: What is the Lucas Formula and how do I use it to grow weed? From what I understand it only uses two out of the three part General Hydroponics system so it saves time and money.

Jay Kitchen and Uncle Tweezy: The Lucas Formula has many fans in the grow world. Jay used it and was pretty happy with it during some of his early deep water culture grows. We’re going to break down the Lucas Formula into its simplest terms and then get into some more detail.

. You do not use the Flora Series “Grow”

If you are using florescent lights the ratio is: 5ml Micro/10ml Bloom. With HID lighting: 8ml Micro/16ml Bloom. These ratios can be used from vegetative through flowering (save the last two weeks for a pure water flush);

We don’t know how many hydro grows you have under your belt, but we would suggest you do a few with the standard three part and get your skills dialed in before you switch it up. If you are already there, that’s awesome.

Generally speaking, with hydroponics, you should top up your reservoir every day or so with ph adjusted water (no additives). Once you’ve added ‘top up’ water in an amount equal to the reservoir (40 gallons added to a 40 gallon reservoir over a week—time to change out). Everyone does it a little differently.

Always shake your bottles of supplements before use whether you’re going with the Lucas Formula using General Hydroponics or one of the many other manufacturers out there. And with fresh clones or plants grown from seed, use the formula at half strength.