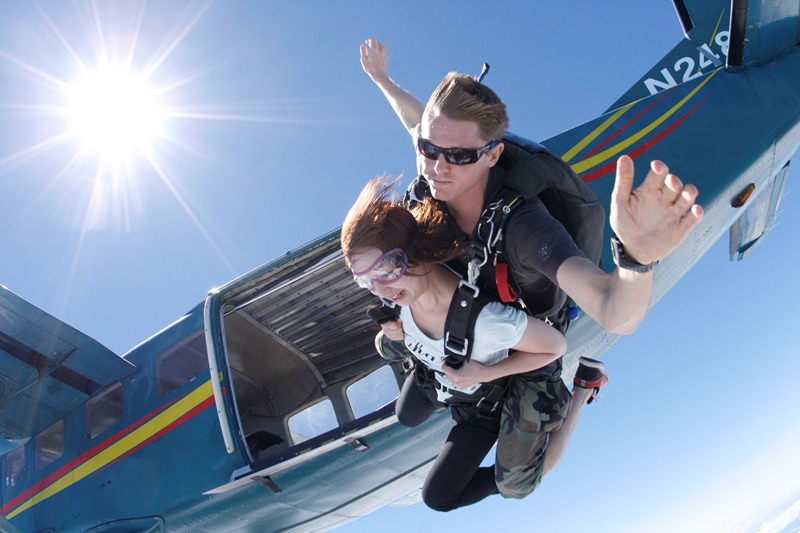 In today’s edition of MDtW, we’re going to discuss an activity that used to kill way more people than it does now. Have you ever jumped out of an airplane? I personally have not, but oddly enough, I have friends that love doing it, and also had a friend who lost his life doing it. Skydiving is more deadly than weed.

I think I would probably get up in the plane, but I would most likely have to be pushed. I don’t think my mind could convince my body to jump out of a perfectly good airplane. Now if the airplane was on fire or crashing or something like that, then sure. Would you be able to do it? Have you ever done it? Have you lost someone to skydiving? Drop a note in the comments and satisfy my curiosity. 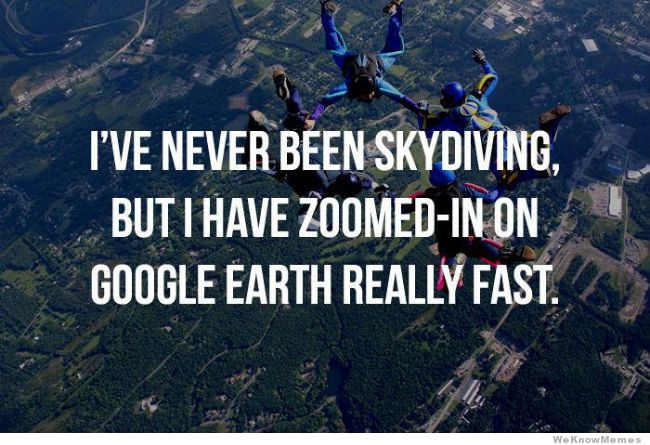 According to when Dropzone.com unofficially started counting in 2004, there is between 50 to 70 fatalities each year world wide. It’s interesting to peruse through the back catalog to see all the different ways jumping out of an airplane can go wrong. They also have information like how many jumps the person had, how long they have been jumping for, gear lists, and other pertinent information on the fatality in question.

I don’t mean to get too dark here, but I feel like if I was ever to end my own life, like if I was diagnosed with something nasty and terminal, like kidney stones or something, that jumping out of a plane would be a great suicide. Much more exciting than the normal way people do that. The thing that did my buddy in was aircraft failure. Well, technically it was human error, because according to the report by the National Transportation Safety Board, someone forgot to put the oil cap back on tight, which caused oil to get on the windshield, which in turn blinded the pilot and they lost control. If you are curious enough, you can read about it here. This happened back in 2007.

Lost Prairie has had a few fatalities in all the years they’ve been jumping from that beautiful site. The plane crash that killed my friend also killed everyone else on board, which included four other people. In 2010, a Colorado man died when his chute got tangled up in another guy’s chute. The other guy was able to cut and pull his reserve, but the one guy wasn’t so lucky. Skydiving is far safer than driving a car, which makes driving way more deadly than weed, but we’ll get into that another time. In the U.S., back in the 70s, humans averaged about 40 deaths per year jumping of planes. The average has been dropping ever since, staying in the low 20s each year lately. For the amount of jumps that take place each year, you are more likely to get hit by lightning than to get killed while skydiving. Skydiving is wicked safe in comparison.

I’m statistically impressed with how much safer jumping out of an airplane is than driving a car. Or I am just utterly disappointed at how unsafe people are while driving. Would you look at your laptop or desktop computer while driving? Because that’s basically what you are doing when you text and drive. Either way, they are both more deadly than weed, and that makes me a sad panda. Let’s pour out a little liquor for my homie Joel Atkinson, and blaze one for the nation.