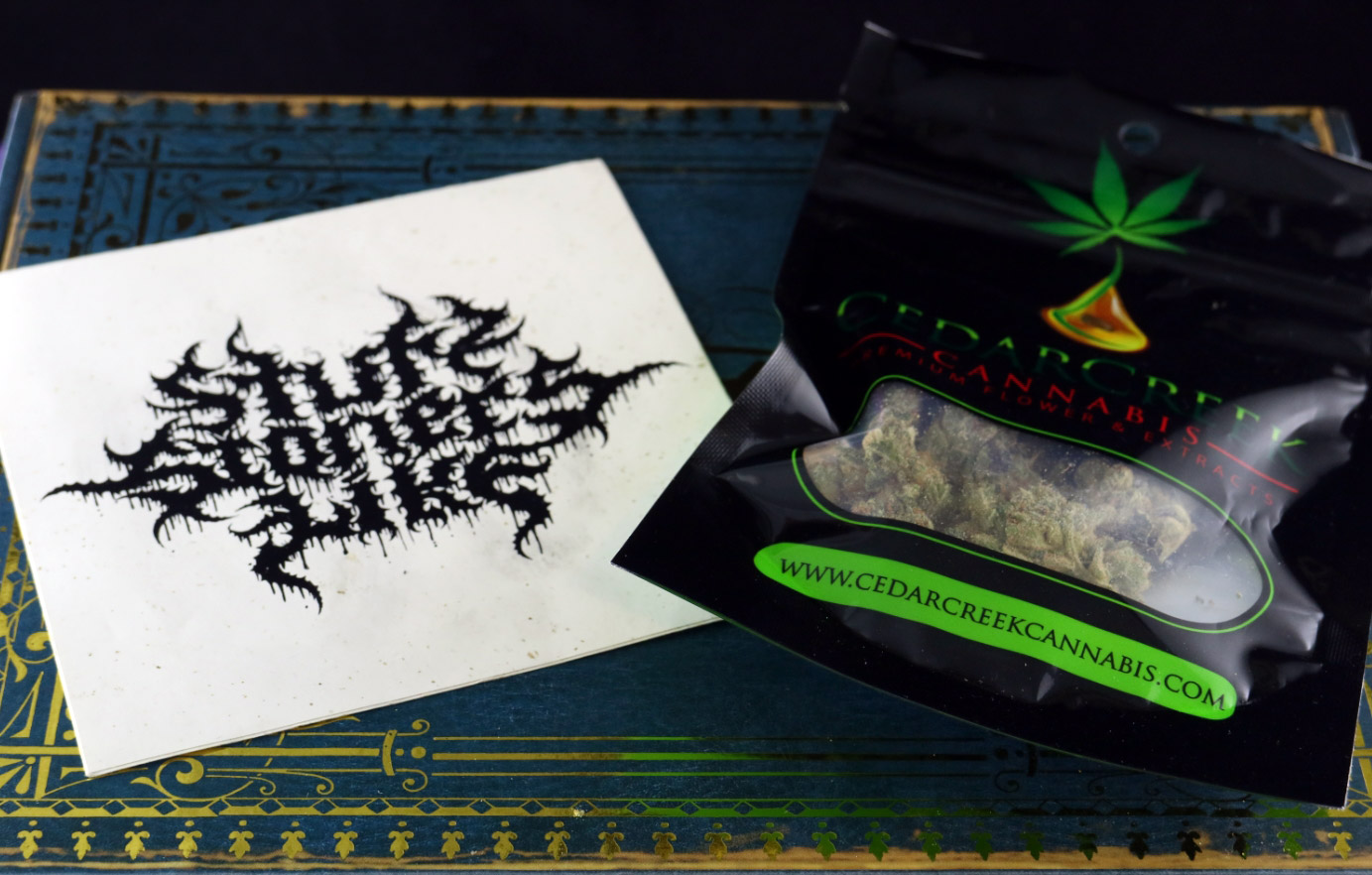 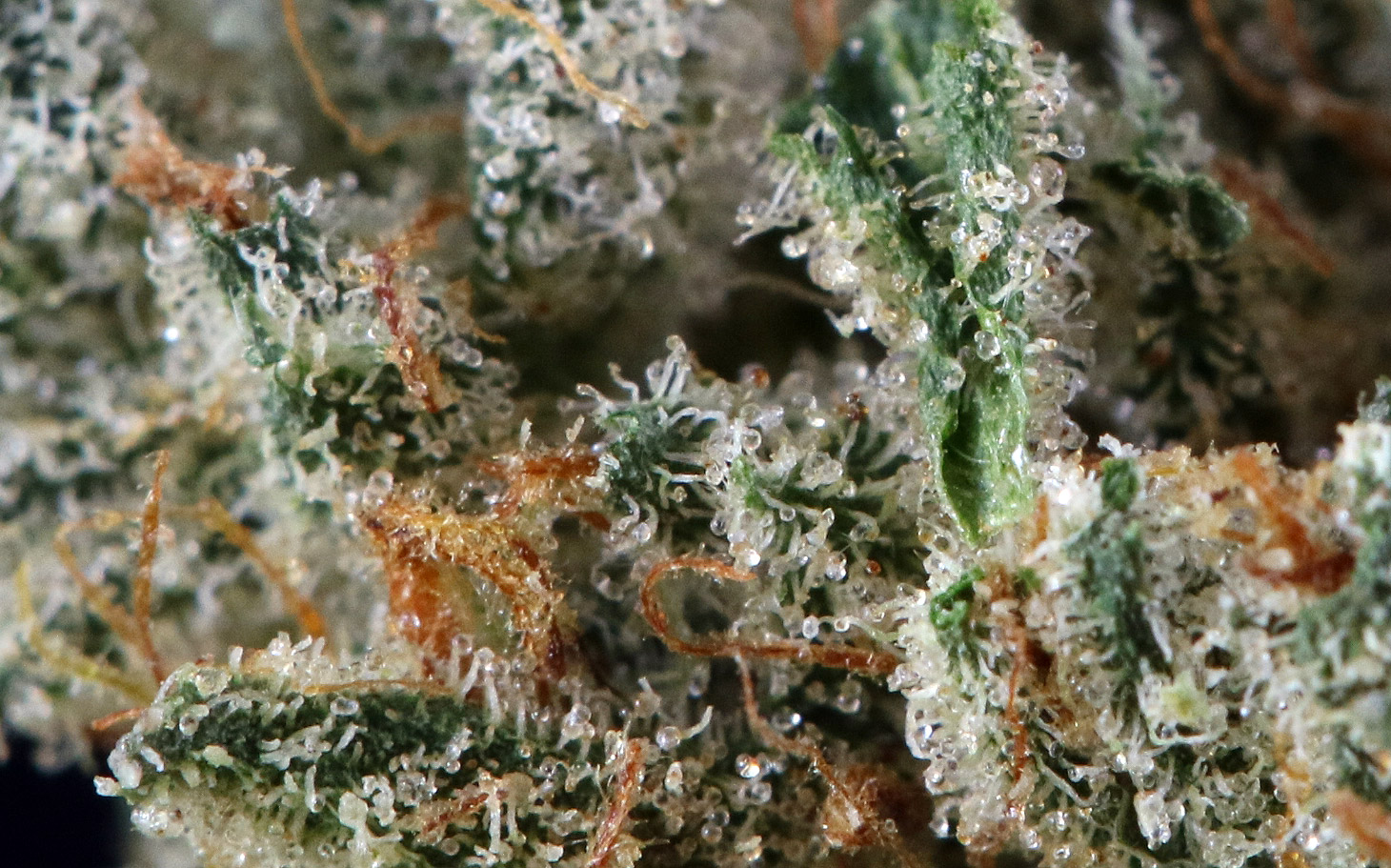 Appearance and Feels: This is some fairly good looking flower. Being in a bag rather than a jar can sometimes cause the bag appeal to suffer some, but we’re not smoking the bag appeal. We’re smoking the flower. Although once you pull out the Star Killer strain from the bag and put it in a light box under the lens, it starts to look real nice. The trichomes have a lovely amber tint to them, and cover all the calyx, and the stems, and the leaves. The trichomes are everywhere. The bud itself is a lighter shade of green with intermittent pistil growth here and there. But for real, those trichomes yo! 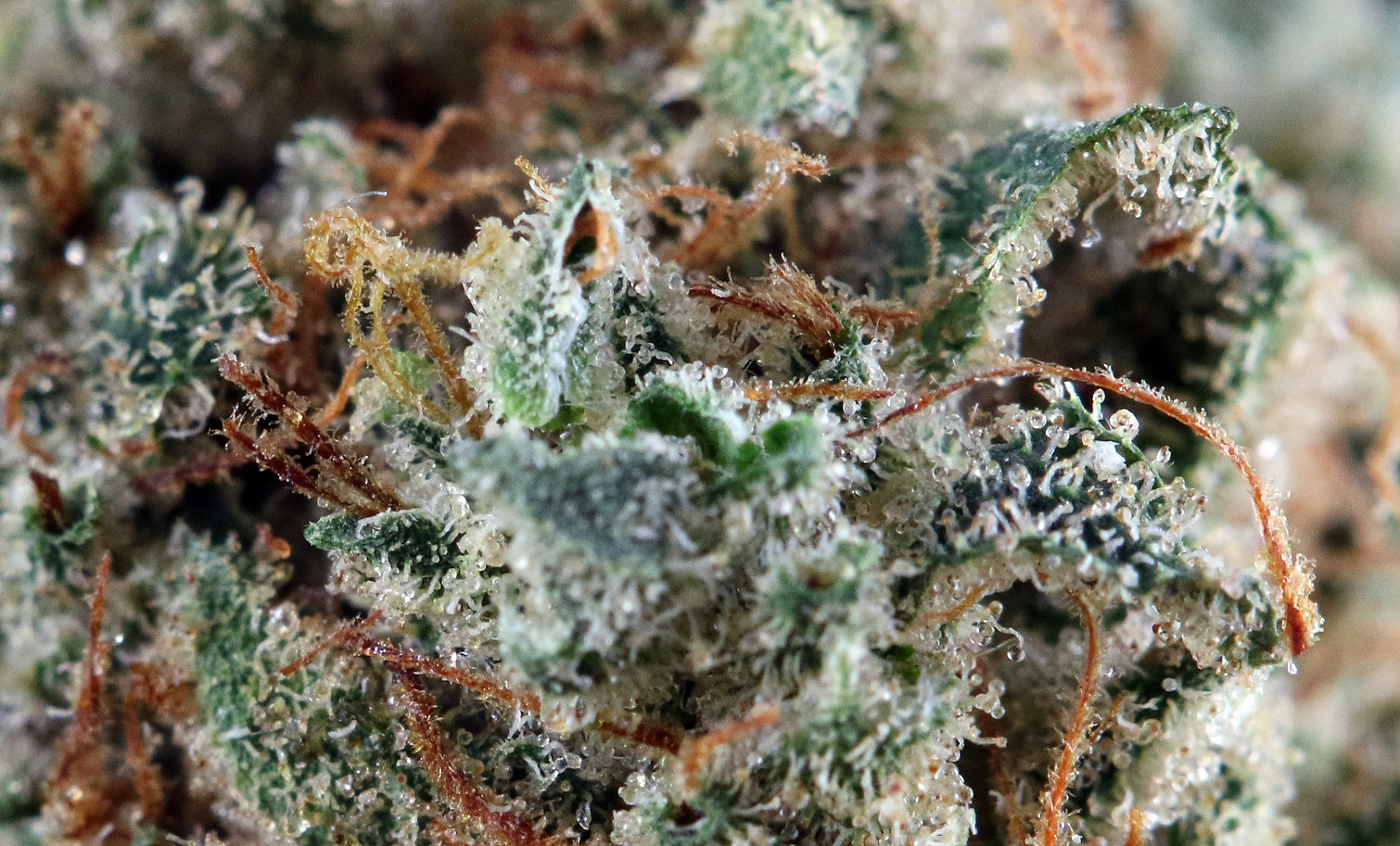 Smell: Damn this is some fantastic tasting flower right here. Right out of the bag it’s got a lemon pine aroma that makes you want to rip the buds open and take a big ol’ fat sniff. Go ahead, I’ll wait. There’s a hint of pungent skunk, with a spicy background. It definitely smells like something I want to smoke all night long, and for good reason. Whatever the Star Killer strain’s terpene profile is, my olfactory is telling me it’s something that would do my body really fucking good. So I should keep on smoking it. Whenever you find a strain that has a smell you are completely attracted to, make a note of that. There’s something in there you are smelling that is telling your brain to let your body know that, physiologically, you should keep putting this in your body, because it’s going to have positive benefits for us… Or maybe I’m just that blazed. 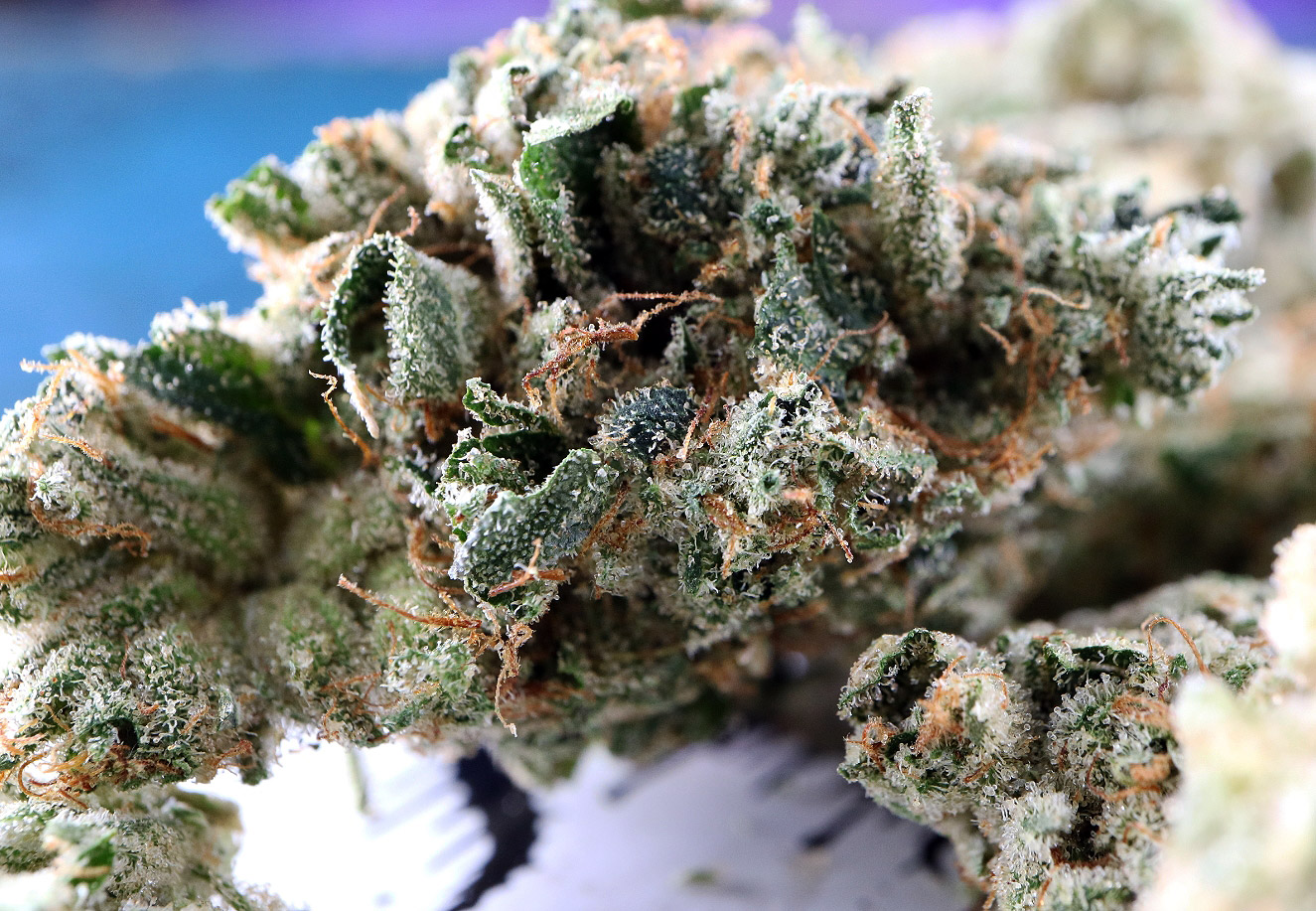 Flavor: Holy fucking shit you guys! I don’t say that very often, but the taste this Star Killer strain is packing is out of this world. I’m going to chalk it up to Dog Farms growing some bomb ass weed, the strain being wicked solid, and to the Vapium Summit + for making a portable vaporizer that kicks so much ass. The flavor is like cracking open a fresh sprite, but more on the lemony sweet side. It’s like candy that melts in your mouth, not in your lungs. The look on my face must have been epic after I took the first rip from the Summit+, because my girlfriend looked at me like, “Is everything ok?” And I was like, “Yeeeeeeaaaaaaaaaa bae, shits shiny.” I should really start recording these odd interactions. High: The Star Killer has a fairly significant, soothing buzz to it when vaped out of the Summit Plus. It’s spacey yet subtle with a twist of creative bliss that only visits us while smoking good ass weed. It can be a little overpowering if you don’t have an endocannabinoid system that is used to it. So as always, know thyself and what you can tolerate. Especially when dealing with strains that come in over 20%. 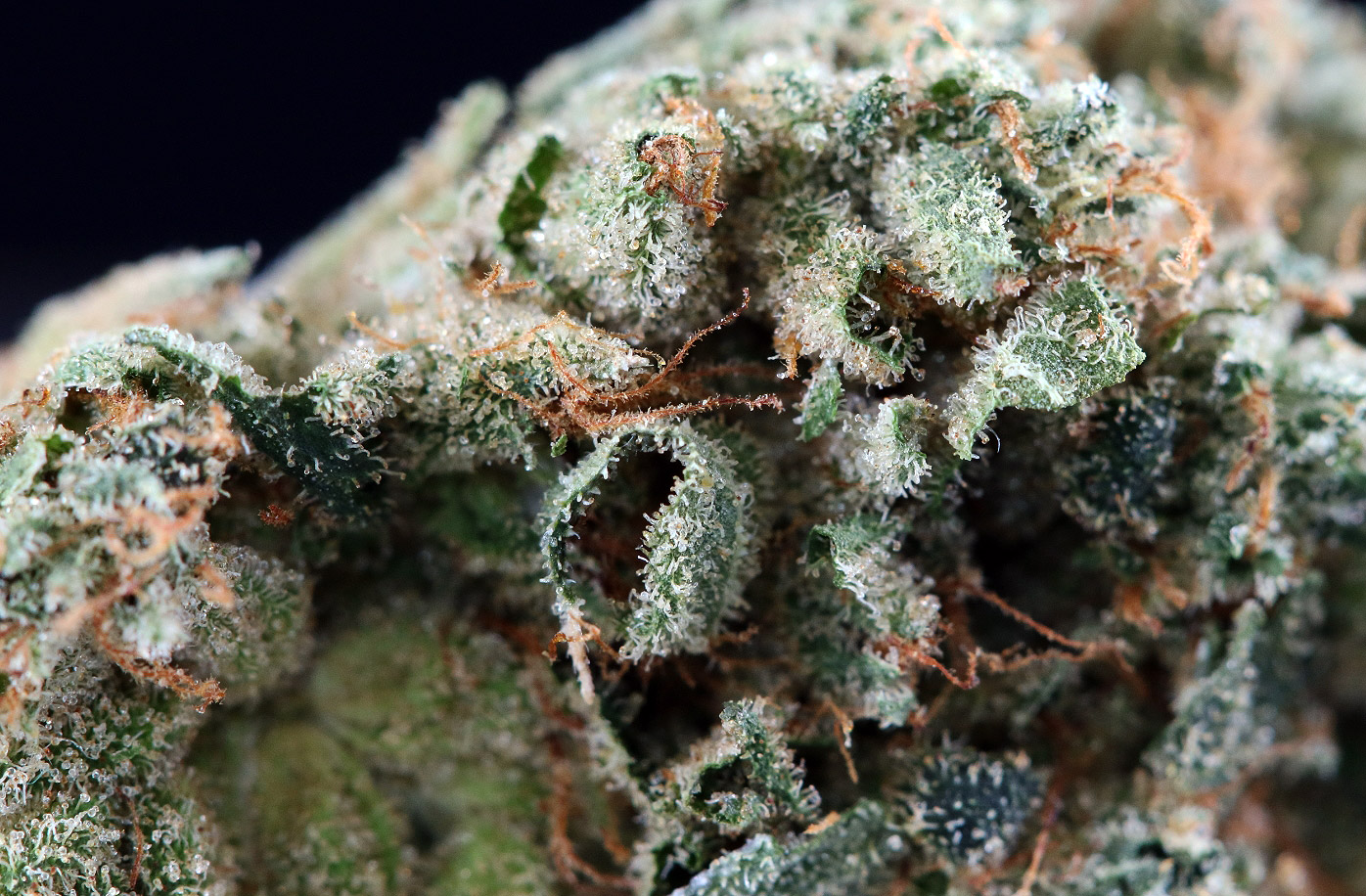 Overall: If you come across the Star Killer strain, I would definitely scoop some up. If it’s in a bag that says Cedar Creek Cannabis on it, then even better. But I have to say, for never having heard of this strain before, and for not having any high hopes or pre-conceived notions about what I should expect from it, I’m pleasantly impressed. Especially because as I said earlier, it didn’t really look all that impressive, but we live and learn. Lesson time? Looks can be deceiving, and until our legal recreational markets allow for us to smell and sample the cannabis before we purchase it, we’ll just have to hope that what the budtenders are telling us is true. If it’s fire it’s fire, and not some repackaged or re-branded nonsense that wasn’t selling the week before. The Cedar Creek Cannabis Star Killer is definitely Stuff Stoners Like. The taste is on point, the smell is decent, and the buzz is exactly what it needs to be.