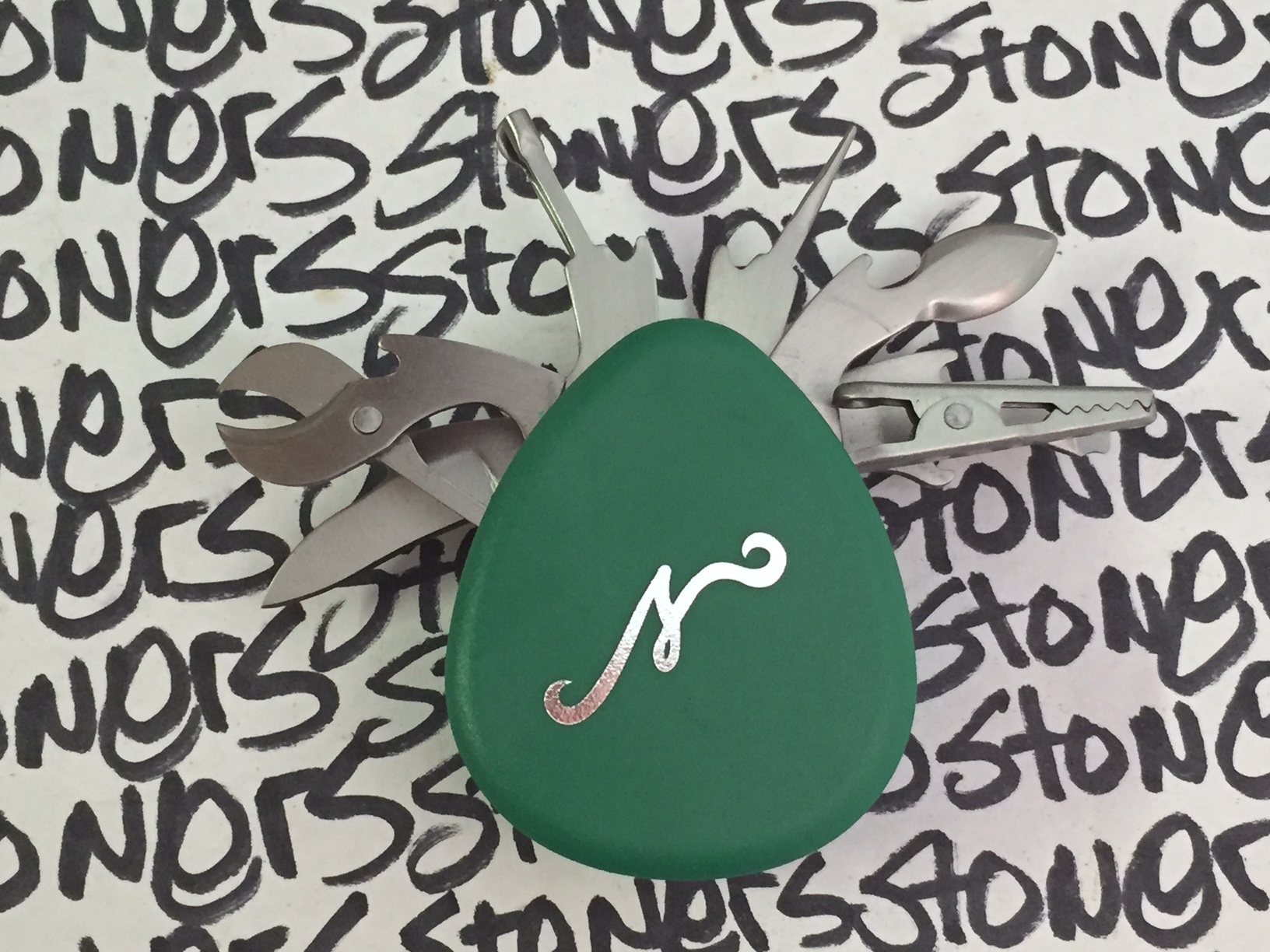 Our buds from Nug Tools sent us over the Swiss Army knife of weed-smoking. It’s called the Nuggy and it’s got a total of ten individual tools for those clutch times when you need something to get stoned. We’ve all been there dude, looking for something to scrape your bowl, slit open a Swisher, or carve out a bowl in your next apple pipe. So this thing’s the perfect solution. Carry it with you for getting stoned on the go. Or just toss the Nuggy in your stash box and you’re good to go when you need to MacGyver your next stoner sesh.

The Nuggy comes in a little green box. It’s not quite and fancy as that little blue box women dig from Tiffany’s, but it’s sets the scene. The multi-tool itself feels high quality. It’s sturdy and a little on the heavy-for-it’s-size side. That’s because it features ten tools—a scraper, a clip, a LED light, scissors, a tamper, a mini-spoon, a knife, a bottle opener, a flathead screwdriver and a pick. 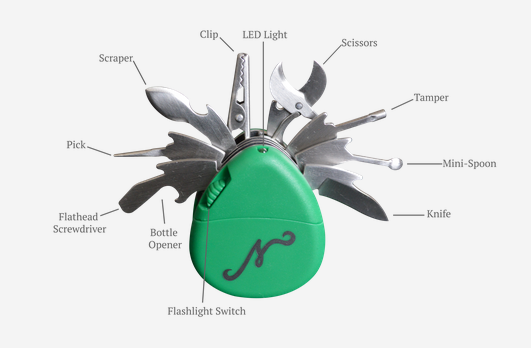 Top 10 ways to use The Nuggy

Because the Nuggy comes with ten tools we thought this would be the perfect opportunity for a top ten list. One task for each tool. So if you’re looking at this thing and thinking to yourself, what the fuck is that little spoon tool used for? Sit tight—we’ll explain. So without further adieu here are the top ten uses for the Nuggy:

Speaking of buying a Nuggy, if you’re thinking about it, use discount code STUFF to get $4.20 off your purchase. You’re welcome, man. Visit nugtools.com to score a Nuggy of your own.