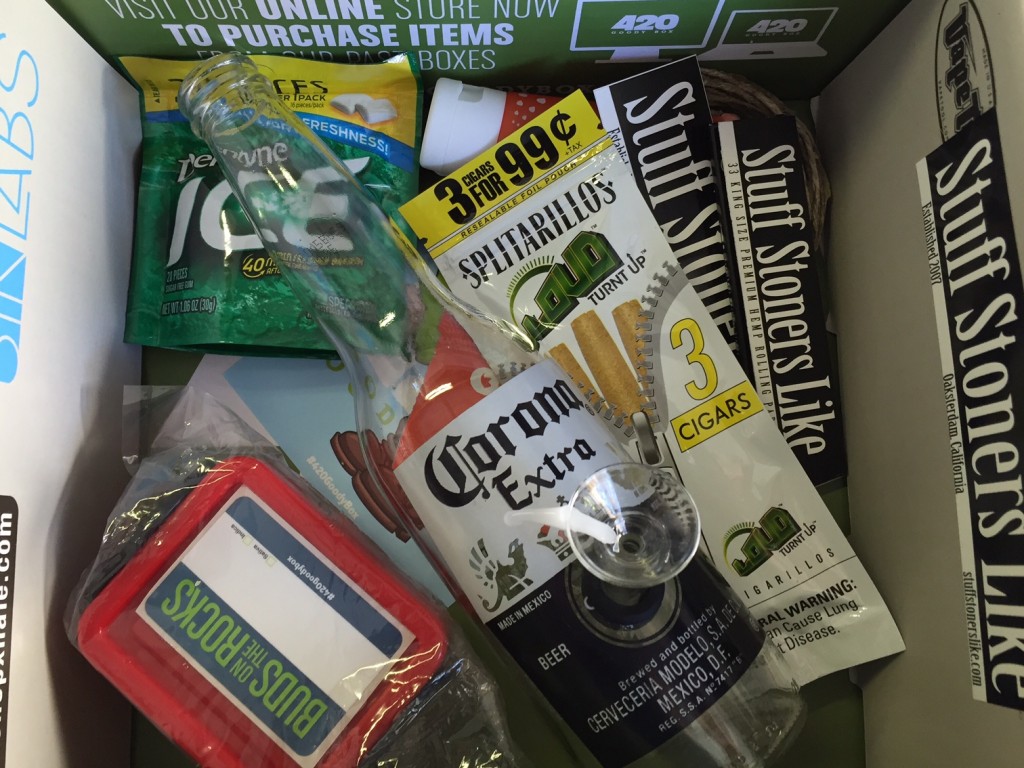 Win a Beer Bong and Other Stuff Stoners Like

Beer bongs are definitely stuff stoners like, man. No, we’re not talking about a fuckin’ frat-house funnel thing. Nope not a gravity bong either, dude. We’re talking about a bong made out of a beer bottle. How awesome is that, dude? A bong, made out of a beer bottle—a Corona bottle, to be exact. Anyhow now’s your chance to win the dopest beer bong ever.

We’ll pick a random winner at 4:20 pm West Coast time on October 23th and mail them the beer bong and the rest of the stuff we got from the dudes at 420 GoodyBox. See below for everything you can win! You must be 18 years old to enter. *We’ll cover the cost of shipping in the US only. Live abroad? Shipping’s on you, man.

Along with the dope beer bong you’ll also score some other cool free stuff stoners like that came in the 420 Goody box. You’ll get a little cooler stash jar and a Splitaroo Cigarillo wrap. There’s also some pimple cream and gum in there (meh) so we thought we’d super-size your shit and toss in some signature Stuff Stoners Like King Size rolling papers and some Stuff Stoners Like STICKERS. Good luck, man.