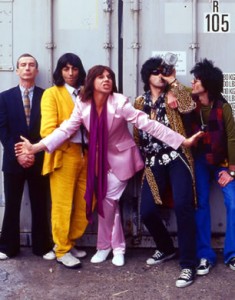 Imagine a bar band dressed in whatever they could find on the dirty floor of a thrift store, with a singer that looks and moves like Mick Jagger in the dark, and you have Aerosmith…aka a bad Rolling Stones cover band.

It’s not like stoners don’t dig cover bands, or rock and roll, or singers that hang a bunch of useless fucking bandannas on their microphone stand. Okay that’s not entirely true, we’re not sure if stoners dig that bandanna shit or not. Bandanna danglin’ seems sorta lame and passe. But, who are we to judge? Either way bandana hangin’ is great for singers who can’t actually sing because they provide a nice distraction. And as a bonus they’re an awesome way to hide a voice synthesizer.

So what if Aerosmith has been around for a while…have they been around as long as the Rolling Stones? 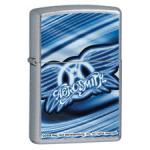 And so what if for a brief second things looked promising for Aerosmith when they ventured out of their comfy zone of classic rock plagiarism and collaberated with Run DMC. Remember that shit? All of a sudden Aerosmith were trying to go from hesh to fresh. And…well, that freshness lasted about as long as a bong hit. And, that collaboration did for Run DMC what Aerosmith thought it would do for them…give ’em some credibility.

Anyhow, here’s the point…why smoke schwagg when you can listen to the Rolling Stones? Did you catch how we just compared Aerosmith to lame weed right there? Because Aerosmith is the schwagg of Rock ‘n’ Roll!