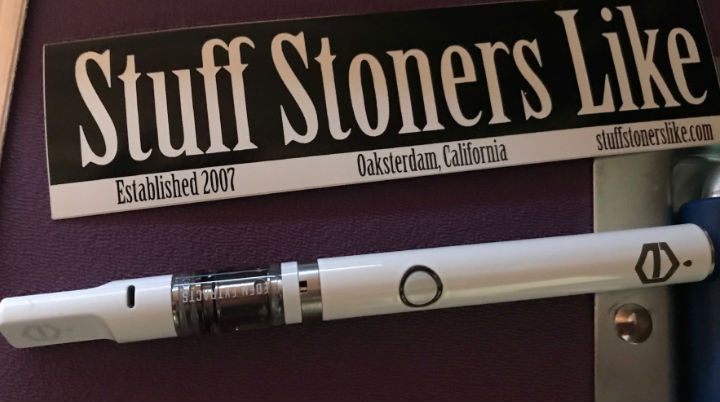 Thin Mint Cookies is a phenotype of the wildly-popular Girl Scout Cookies weed—a cross of F1 Durban [Durban Poison x F1] and OG Kush genetics. Thin Mint relies on its Indica and Sativa genes to produce a fantastic, balanced and always reliable full-body effect—a clear reason why it’s got such a great reputation. In an easy-to-use cartridge Thin Mint is absolutely amazing.

Our buds from Eden Extracts sent over one of their diamond line carts filled with Thin Mint. We were immediately impressed by the look and weight of the cartridge right out of the box. It’s a bit bigger and beefier than what you’d typically find out there on the market nowadays—meaning it feels solid, sturdy and well-built. It also features a couple vents that really aid with air flow. It’s a feature that we really liked because it seemed to deliver a bigger hit than any cart that we’ve tried. Who doesn’t like big hits, right?

Coupled with the Eden Extracts’ battery and this vape pen lookes bad-ass—like something a storm trooper would use to get high in the bathroom during lunch while working on the Death Star. The cart and battery are available at Garden of Eden, a dispensary in Hayward which is just south of our office here in Oakland.

The Thin Mint Cookies concentrate looked amazingly clear. That’s a great sign of purity. It tasted fantastic. That’s probably because it’s nothing but cannabinoids cut with cannabis terpenes. And those terpenes really shine. Each hit tasted like freshly baked mint cookies—you get literally get that warm cookie-like Earthyness along with some spicy chocolate and hints of mint along with that nice familiar kush flavor from its OG Kush lineage. It’s really amazing stuff. The high? Very Indica-ish. You’ll get some high headiness along with a really nice relaxing body stone. 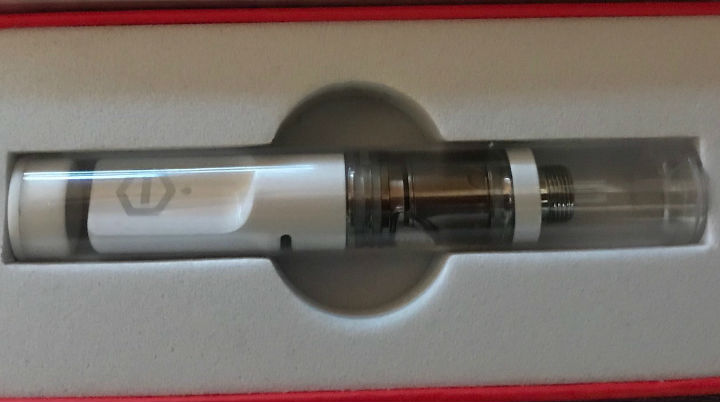 We first noticed Eden Extracts carts and batteries at the last Emerald Cup where they apparently made their debut. There were a ton of competitors in the category but judging by only the looks we really thought they had a winner on their hands. No wonder it placed among the top cart entries. And now that we’ve tried one for ourselves we can tell you that not only does it look cool it tastes really great and works well too—Stuff Stoners Like for sure.