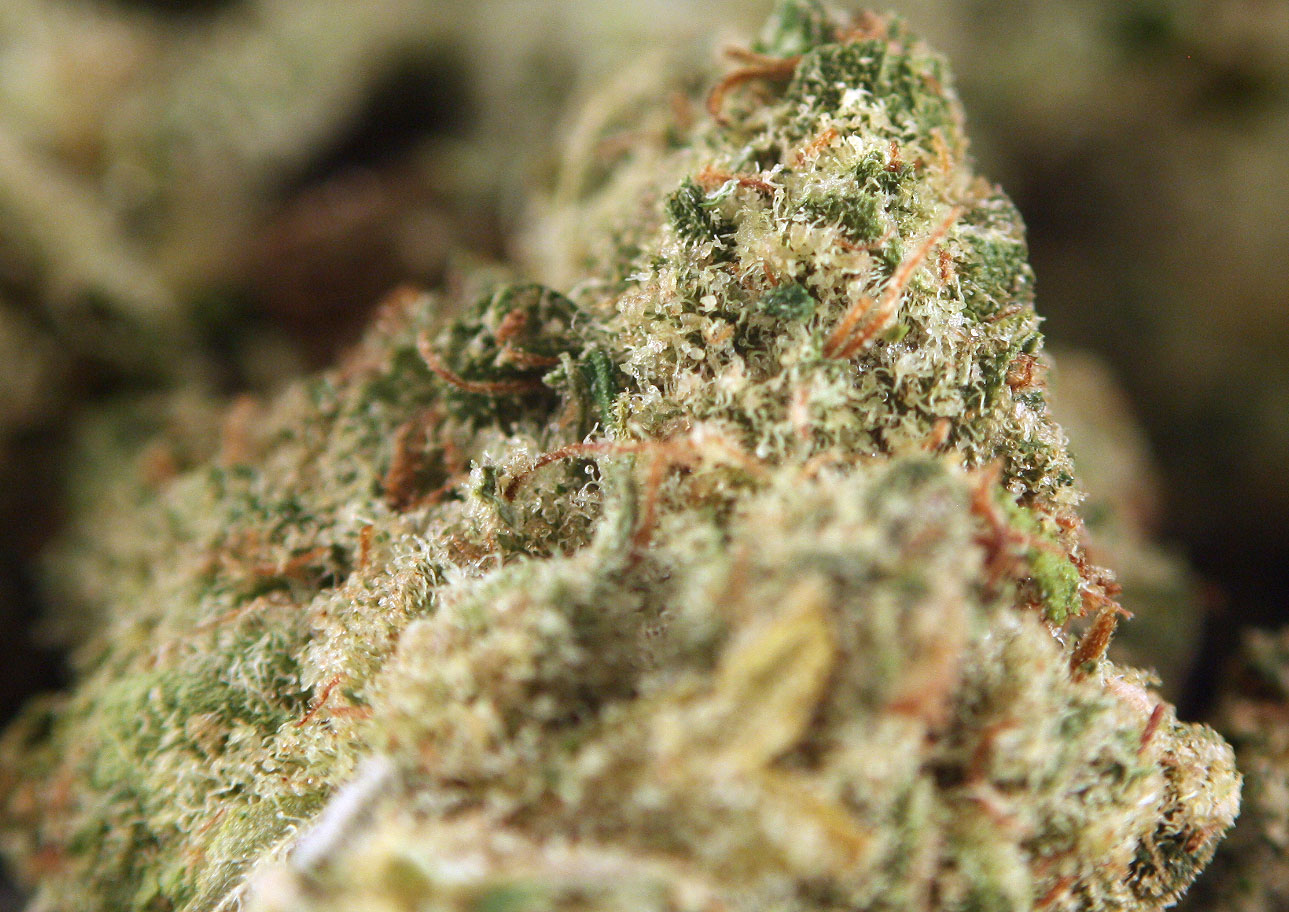 According to the internet this marijuana strain was brought to life back in the 90’s. It then went through several generations of stability breeding, and now it’s made it’s way to the Washington recreational marijuana market. Other stories say it is the offspring of the most flavorful weed strains around. What strains? Well, if you ever come across the individual who did the breeding, be sure to ask for us. Chances are it’s a secret.

Appearance and Feels: I had to go back to the shop and get a second jar of the Fucking Incredible strain because this stuff looks that good. Part of me wanted to try it before I had to take the pictures, and part of me wanted to see if other jars looked as good as the first one did. The buds are tight, dense and sticky as fuck. The trichome coverage is on point, completely covering these fine buds.

Smell: When I crack the jar open I’m almost reminded of a Jack Herer type smell. It’s super piney sweet, and would probably go good with a sprite. When tossed in the Phoenician Grinder, it’s skunky aroma is made more apparent. I’ve read some reviews saying they smelled berries and caramel or some shit. I wasn’t getting any of those aromas, but maybe my senses aren’t as refined. It smells like some good ass weed for sure.

Flavor: It’s not as tasty as I would expect from a strain that was bred from the two most flavorful strains ever, but that’s also preconceived notions in my head from internet weed lore. It is pretty damn flavorful though—with a sweet skunky pine taste and something that’s almost floral. It’s hard to put my nose on it. Definitely not berry, but it is sweet. Forbidden Farms has their shit down when it comes to growing tasty weed. If you do like something more berry flavored their Phantom Cherry Pie is on point, and one of my favorites to puff on right now. Their latest harvest of it is beautiful.

High: 29% THC? Are you kidding me? There’s a meme going around Instagram that reminds me of this. Of course when I go back to look for it I can’t find it, but it basically says something about labs inflating numbers for greedy nefarious reasons. I’m definitely not saying that’s what happening in this case, but I’m always skeptical when I see numbers this high. It’s a good point towards having some sort of standardized lab protocols when it comes to testing cannabinoid content.

That being said, this is some seriously stoney weed. It’s definitely got a couch lock aspect to it, but like I’ve said before, that’s as much in your head as you want it to be. You control vibe, so make sure you have a nice set and setting and get down on something that’s fucking incredible. This is some good weekend smoking weed for sure.
Overall: I should mention that while at my day job working on a tablet press, it got stuck and in the process of unsticking it I might have jammed my hand in between a nut and a large gear. It’s been bugging me the last week or so, especially when playing Overwatch on the PS4 (TheCompound406 add me!) But when I take a few of these fucking incredible bong loads to the dome, the pain goes right away. Either it goes away or the weed is making me forget about it. Either way it’s good stuff. It smells good, tastes good, and looks fantastic. Definitely stuff stoners like. If you are new to smoking, as with all strains over 20%, take it easy. One hit quit shit and all that jazz. Knowing thyself will give you a much better experience.