Written by: Rick Pfrommer
Cannabis grown in Hawaii is among the most unique and powerful herb cultivated anywhere on this planet. Seeds were lovingly gathered from across the globe for years. These genetics were then nurtured in a luxuriant environment that contains nearly every micro climate on earth. This combination of genetics and unique growing conditions combined to produce cannabis the likes of which had never been seen before. Suffice to say it culminated to create the finest cannabis of all time.

The 1970’s saw adventurous souls of all sorts traveling the globe. Many followed the legendary hippy or hashish trail. Running from Lebanon, home of the famed “Leb red” across Afghanistan and it’s sticky black gum through to India and Nepal with their legendary temple balls of hashish of all sorts was common. As folks puffed their way across Asia many also collected seeds. The Vietnam war was just winding down and many servicemen had been introduced to herb smoking while overseas. Some vets then brought home cannabis seeds along with PTSD. Soon Thai Laotian and Vietnamese landraces were added to the mix. Hawaii was a natural crossroads for these very different subcultures—all of which shared a common love for cannabis. Servicemen were often rotated through Hawaii as the hippies came for the sun, surfing and increasingly the herb. The hippies and the vets were soon intermingling with each other and the locals. Cannabis was common ground that all could appreciate. Between 1974 and 1977 local grown Hawaiian exploded into international recognition. Back then High Times magazine listed primo Maui Wowie selling for $2000 a pound when commercial Mexican or Columbian was selling for $300 a pound. Hollywood stars including Arnold Schwarzenegger name checked Hawaiian herb as their favorite in magazine articles.

No one really knows exactly why those island herbs of yore were so potent. Some speculate it was a unique mixture of genetics that thrived in tropical conditions mixed with varied eco systems that combined to create unique and often extremely powerful pot. Folks fortunate enough to have access to Hawaiian from the Seventies through mid Eighties still describe it as the best they have ever smoked. Unfortunately all good things—especially illegal ones—attract the attention of the authorities. Operation Green Harvest was the first helicopter cannabis suppression program in the U.S. and it began in 1978. This was four years before CAMP began in Northern California. Hawaiian islands, being so small, were easy pickings for the eyes in the sky. Within a few short years Green Harvest made any significant commercial cultivation difficult to impossible. By the mid Eighties Hawaiian was a rare and expensive, 400-500/oz treat. By the dawn of the Nineties it was gone altogether. Even the herb grown on the islands at that point had lost most of its luster as many of those legendary strains such as Maui Wowie, Kaui Electric Blue, and Kona Gold have been lost. 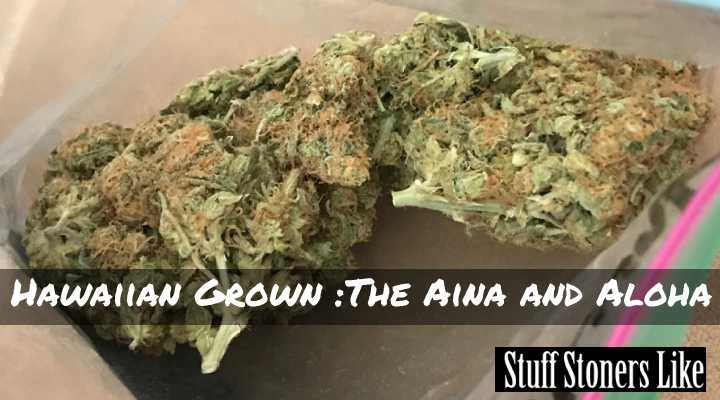 The Nineties, Aughts and most of the last decade as well legendary Hawaiian was just that—a legend. Even with the passage of medical marijuana regulations most of those old genetics have been lost. And many of the growers who had also learned and conquered the myriad of challenges to growing good herb in so many different environments had either passed away or no longer cultivate. The land and the spirit—the Aina and the Aloha are still there though. The wide range of strains available today coupled with the right know how and desire make a Hawaiian herbal renaissance entirely possible.

Rick Pfrommer helped found the Berkeley Patients Group and the Harborside Health Center in Oakland—which grew into one of the largest and most successful dispensaries in the world. He and his 30-year career are accessible via rick@pfrommernow (dot) com.