Stoners have been smoking hash for thousands of years. What is hash? Well it’s a collection of the tasty trichomes covering resin the cannabis plant. You now the stuff containing our favorite cannabinoid, THC? Hash is a delicacy and it’s pretty fucking potent. It’s also expensive.

The best way to smoke hash really depends on the type of hash you’ve got. And of course what tools you have at your disposal. Also because hash is costly you might want to consider its cost as you consider how to smoke it. Anyhow if you’ve got a pipe or bowl with a screen you can lay the hash on the screen and gently hit it with a lighter for a second or two. The trick is to not torch the hash. Because, like we said, hash is delicate and delicious so you want to make sure to taste it in all its glory—so don’t burn up all those tasty terpenes. Take your time,  just get the hash hot enough to smolder and you’re good.

Don’t have a screen in your pipe or bong? Lay down a nice little nest of weed and then place some hash on top. Follow the same method as above and don’t torch that shit. Again, just get the hash to smolder and begin puffing. Have some hash in the form of oil? Smear a little of that stuff on the outside of your joint. Now roll it in some keef if you’ve got it. Then read out post on the Top 5 Uses for Keif while you smoke some. You’re welcome.

How to smoke hash with knives

Smoking hash with hot knives is super old school Cheech and Chong type shit. And it’s simple. Just take two knives and heat them up using your stove. Once they’re hot place a little bit of hash on the blade, place the other hot knife on top. When the hash begins to smoke inhale it using a straw. 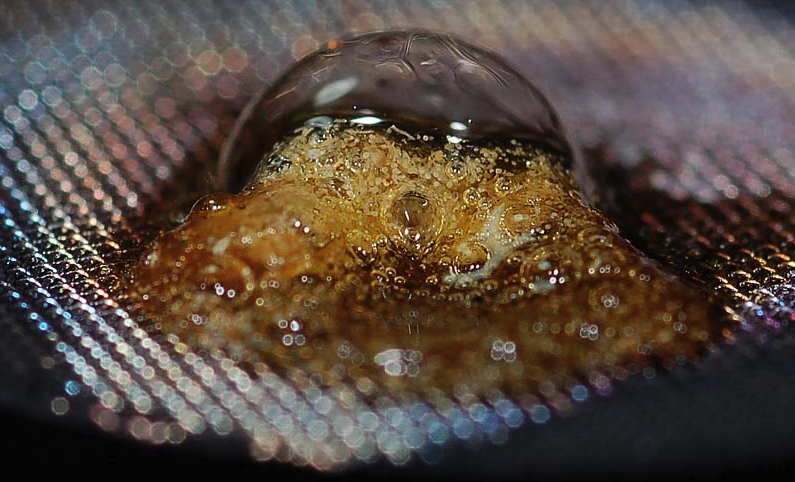 How to smoke hash with a glass or cup

This is also another seriously old school method. You’ll need some hash, a cup, and a paper clip.

Of course you can always vaporize hash. If it’s full melt hash that you’re looking to smoke go right ahead and drop that right in your vape pen. Or dab it just as you’d dab wax or shatter or crumble. If your hash is less pure than full-melt you could add it to your dry herb vape pen or vape it like bud in your Volcano or traditional box vape. Just make sure to crumble it up first. The more surface area you create the better.

Into smoking hash? Give us your thoughts on how to smoke hash especially what you think is the best way to smoke hash in the comments section below.