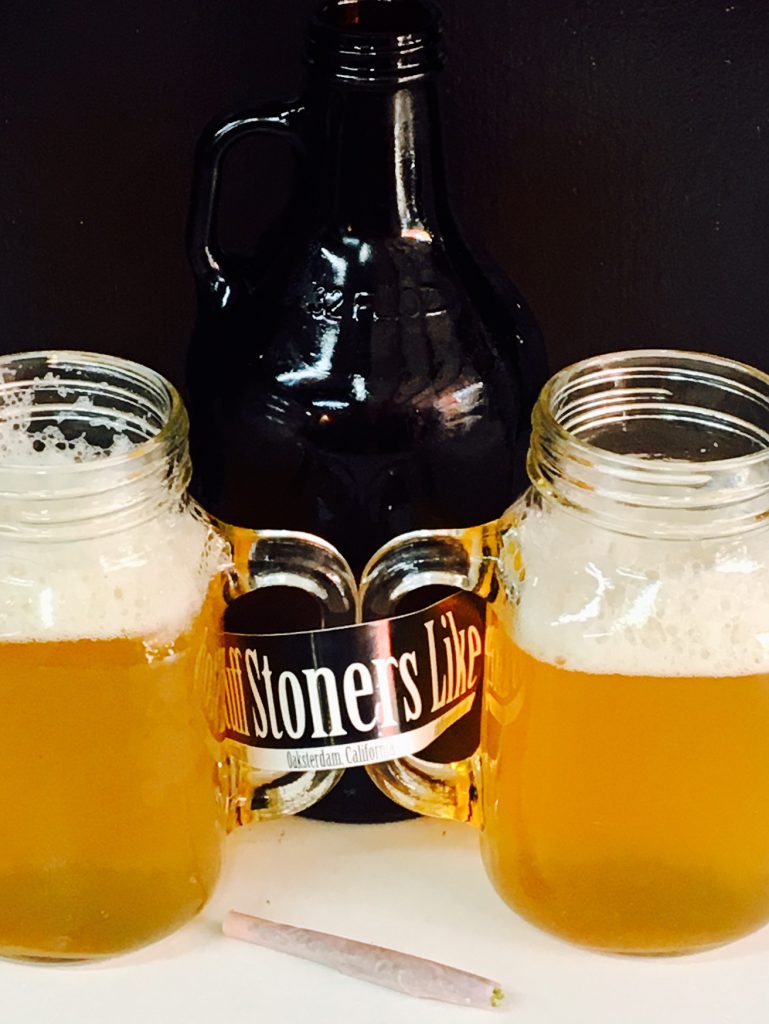 Two great tastes that go great together. Tomorrow Lagunitas Brewing Company will release an ale brewed with cannabis terpenes. The Nor Cal company sourced the terps from AbsouteXtracts another celebrated California company. Apparently the collaboration doesn’t stop there. AbsoluteXtracs will soon release vape carts filled with hops terpenes and using Lagunitas’ hops recipe. Products from this “SuperCritical project” will be available in markets across California starting next week.

Ever notice how hops—the resinous, little green flower that make beer bitter—not only look like weed but smell and taste like weed too? You’re not the only one dude. Brewers have long known that hops and cannabis are genetically related. These two plant cousins belong to the Cannabinaceae family and were once classified because their leaves look similar. It wasn’t until the late 1990s that molecular biologists started running their DNA through sequencers looking for similarities between genes when they realized that things weren’t that simple. What’s important however is that both marijuana and hops share similar tastes and smells because they both contain similar terpenes like myrcene, beta-pinene and alpha-humulene. So it’s no wonder that both cannabis and hops terpenes make some great beer.How does it taste

Right out of the bottle Lagunita’s SuperCritical Ale looks tasty. It’s a sunny and crisp amber color over an inviting cloud-white frothy head. Unsurprisingly it smells exactly like the essence of really good cannabis—not burning cannabis or just ground weed but the smell of the very heart and soul of fresh marijuana flowers. Think of a really high quality, terp-heavy shatter.

So how does the Lagunitas terp beer taste? Not like what we expected, man. We anticipated an overwhelming hop intensity. Maybe some sharp acidity and a hint skunkyness. However much to our delighet we were treated to a full-bodied, smooth, sophisticated and well-balanced IPA with just the right hit of the best part of marijuana—it’s flavor and aroma.

Don’t worry dude, SuperCritical is nothing like a typical flavored brew. Beer fans who avoid apricot and pumpkin and orange spice-flavored beers don’t have to fear a heavy perfume odor or strong flowery taste ruining this one. Although its weed game is hella strong SuperCritical tastes just like a top-of-the line West Coast IPA. It has a bright intense and clearly-defined hoppiness that’s bold but not overly assertive. 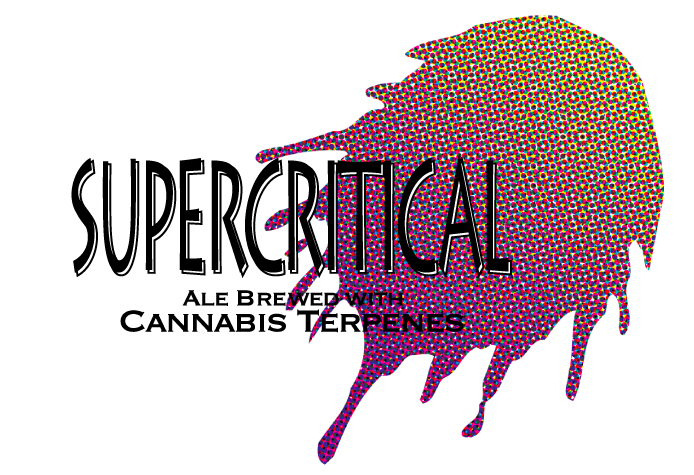 We definitely tasted some limonene citrus and a ton of beta-pinene—you know the stuff that makes pine trees smell like pine trees. However if we didn’t know there were cannabis terps in it we probably wouldn’t even notice. What we did noticed, however, was that the ale did have a bit of a lingering after-taste. After a couple bong hits it was gone or we completely forgot about it.

Don’t think that this is Lagunitas first foray into combining cannabis and beer. Not by any means. The founders of the company are friends with the famous Waldos—the famous ex-San Rafael high-schoolers who coined the term 420. In 2011 the company first brewed The Waldos’ Special Ale.  It was referred to as “the dankest and hoppiest beer ever brewed at Lagunitas.” In fact it was so hoppy that all the plant matter used to make it clogged Lagunitas’ filtration system when they brewed it last year.

Anyhow this tasty SuperCritical release is part of Lagunitas’ “One-Hitter” series. It’’ll be available only in California during the week of August 14. Grab a bottle while supplies last and let us know what you think in the comments section below. We’ll let ya know if we can track down some of those vape cartridges using Lagunitas hop terpenes. For more information on terps check out our post: Terpenes What are They and Why are They Stuff Stoners Like

Ever try a cannabis beer? Let us know your thought in the comment section below.