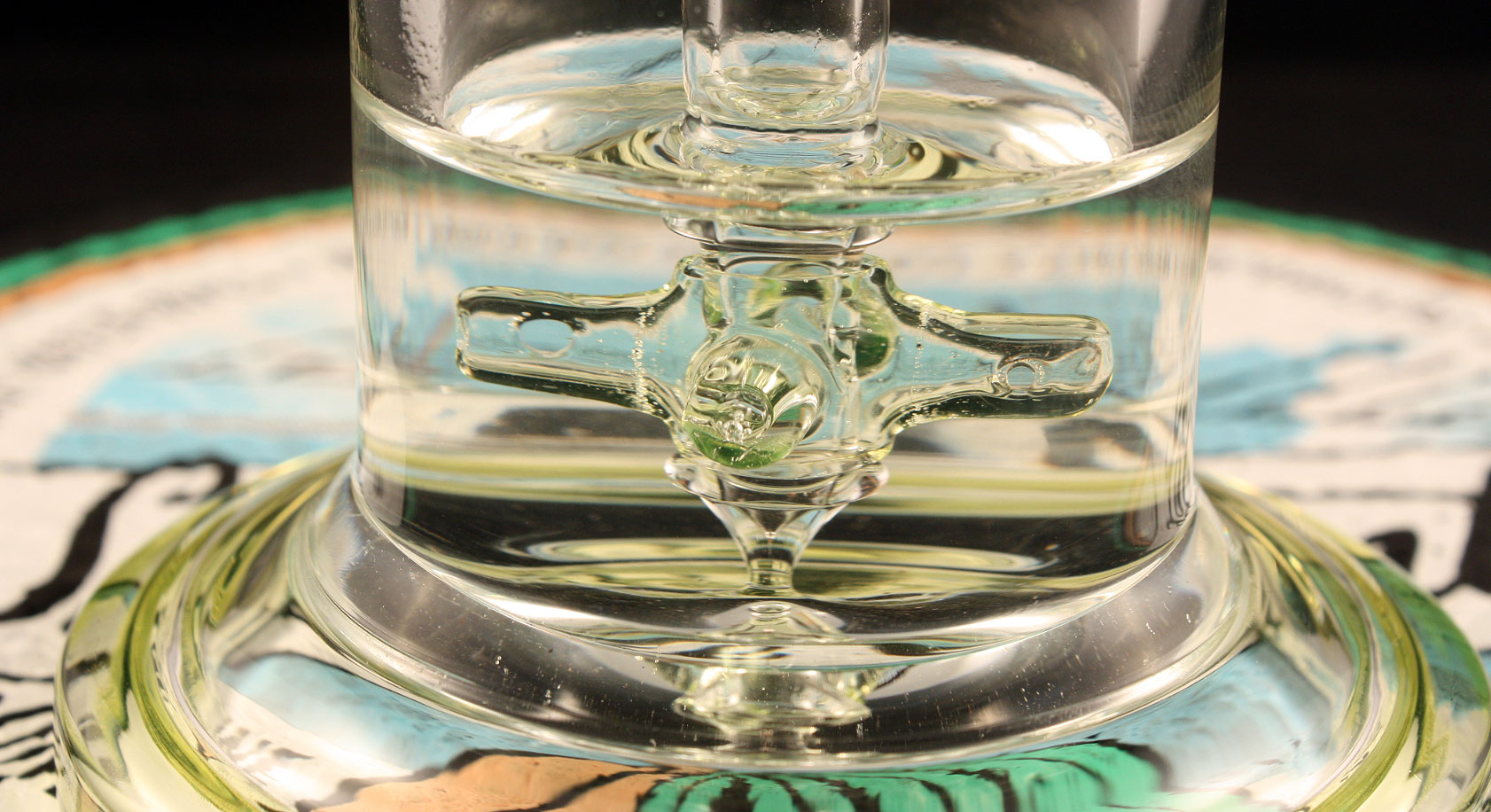 Review by: Mat Lee
Have you ever heard of a propeller perc? I like to think I’ve seen and even almost used all of the different percs out there when it comes to dope glass bongs and shit. But nay, I had not. Not until one day a box arrived at my door. What was in it? Other than a whole shit load of packing peanuts, there was this dope Sesh Supply Orpheus propeller perc. Let’s check it out.

I’ve made quite a few posts over on my instagram page in regards to this piece. I was sort of skeptical at first. I already have, and am a pretty good fan of the Sasquatch Beehive, and being sort of the same shape as that, I assumed it was going to try and replace it.

I couldn’t have been more wrong. I’m pretty sure the second I find a babysitter, I’m going to light a bunch of candles, duct tape both rigs to my hands, and run around trying to light that shit up. But in all seriousness, the Orpheus is definitely a welcome piece to add to my growing glass collection. Don’t get me wrong, I love my heady water bong pieces, but for real, it’s not exactly economic to drop a few grand on a glass piece. Especially if you have clumsy friends, or your significant other doesn’t take part in your passionate appreciation for the boro arts. Or addiction. It’s ok, some of us might be addicted to glass. But hey, it could be worse right?

She or he will be super stoked to hear that you copped one of these propeller percs and kept the bill under two hundred. I appreciate pieces like this for being somewhat novel, looking elegant as fuck, and being much more solid feeling than the much cheaper stuff. If you are ready to step your glass game up a bit, but not get over the top with it, and you are a fan of smoking flowers through water but not filtering out all the taste, this might be a good rig to get. 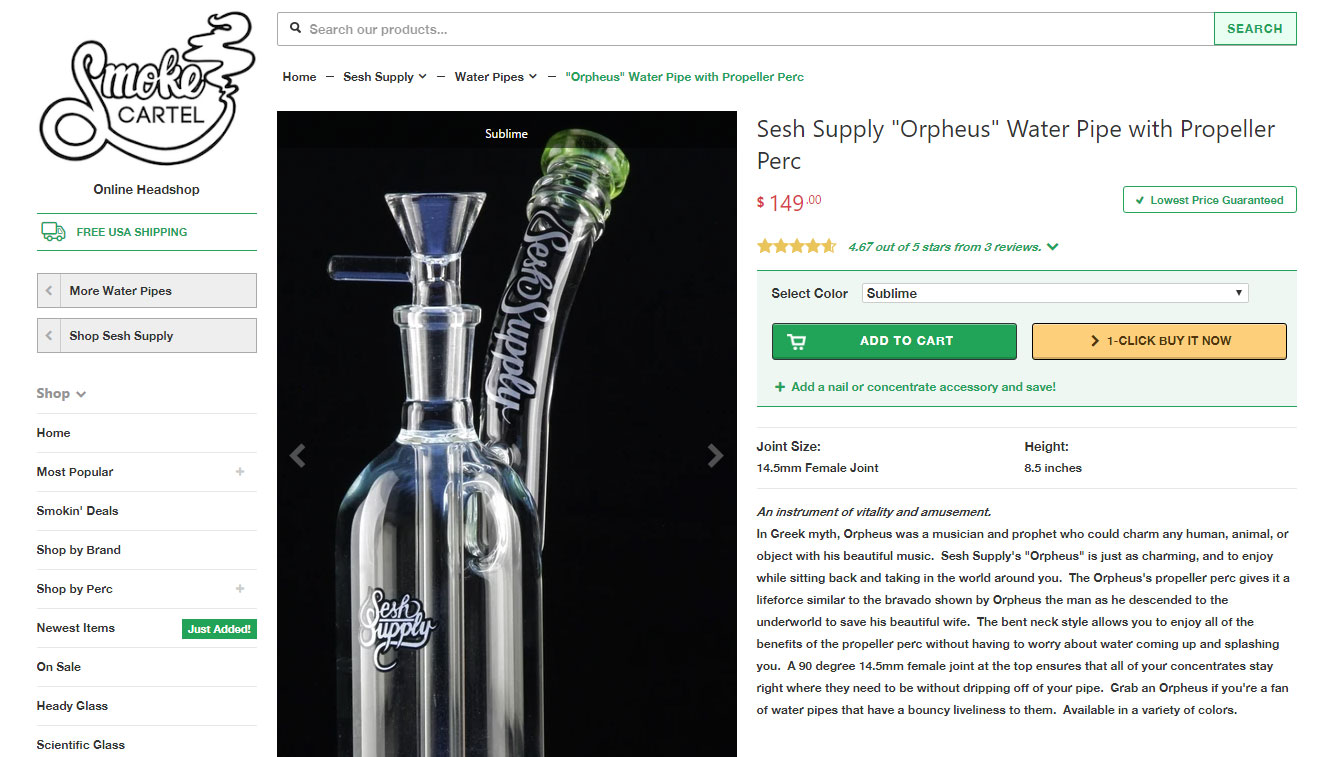 As you can see in the videos, the propeller perc on mine doesn’t really spin much until you pop the bowl. Then it gets all kinds of crazy in there.I’m also a huge fan, as I mention on the Insta-review I made. I guess that’s a thing? I don’t know, I like the idea of trying to smoke out of and review a piece of glass in one minute. I’ll probably do more of those assuming time permits.

So I have this couch, but no coffee table. It makes it a real bitch to set a water bong anywhere convenient enough to get some rips out of before the next Overwatch match starts. So my fix was taking an old Asus Chromebook that magically stopped working one day, and using that as my couch table. It’s just big enough to put the Orpheus, a rockstar, and a cache tray. Anything too tall and I get really nervous about it sitting there, but rigs like the Sasquatch Beehive and the Sesh Supply Orpheus are exactly the perfect size.

You can get the Orpheus in a bunch of different colors. They sent me the Sublime if you wanted the same one I have. It’s not my first choice, I’m more of a Triple Passion with Lava double propeller kind of guy. But for something this cool place sent me to check out, and will hopefully keep sending me cool shit to check out, it’s grown on me and made it’s way into my daily driver circulation. That makes the Sesh Supply Orpheus some shiny spinny percy stuff stoners like.

As a little aside, when I shoot these things I take a lot of footage. I have a Nexus 6p now which shoots in really nice quality, so I’ve created a live Google Photo’s album where I’ll put all the footage from the reviews I shoot. That way you can see how ridiculous this is. It’ll be fun. Sometimes Google even likes to make the movies for me. Here’s the latest one. I had nothing to do with how this came together at all. I simply shot a bunch of footage on my phone, and Google did the rest. Not bad. 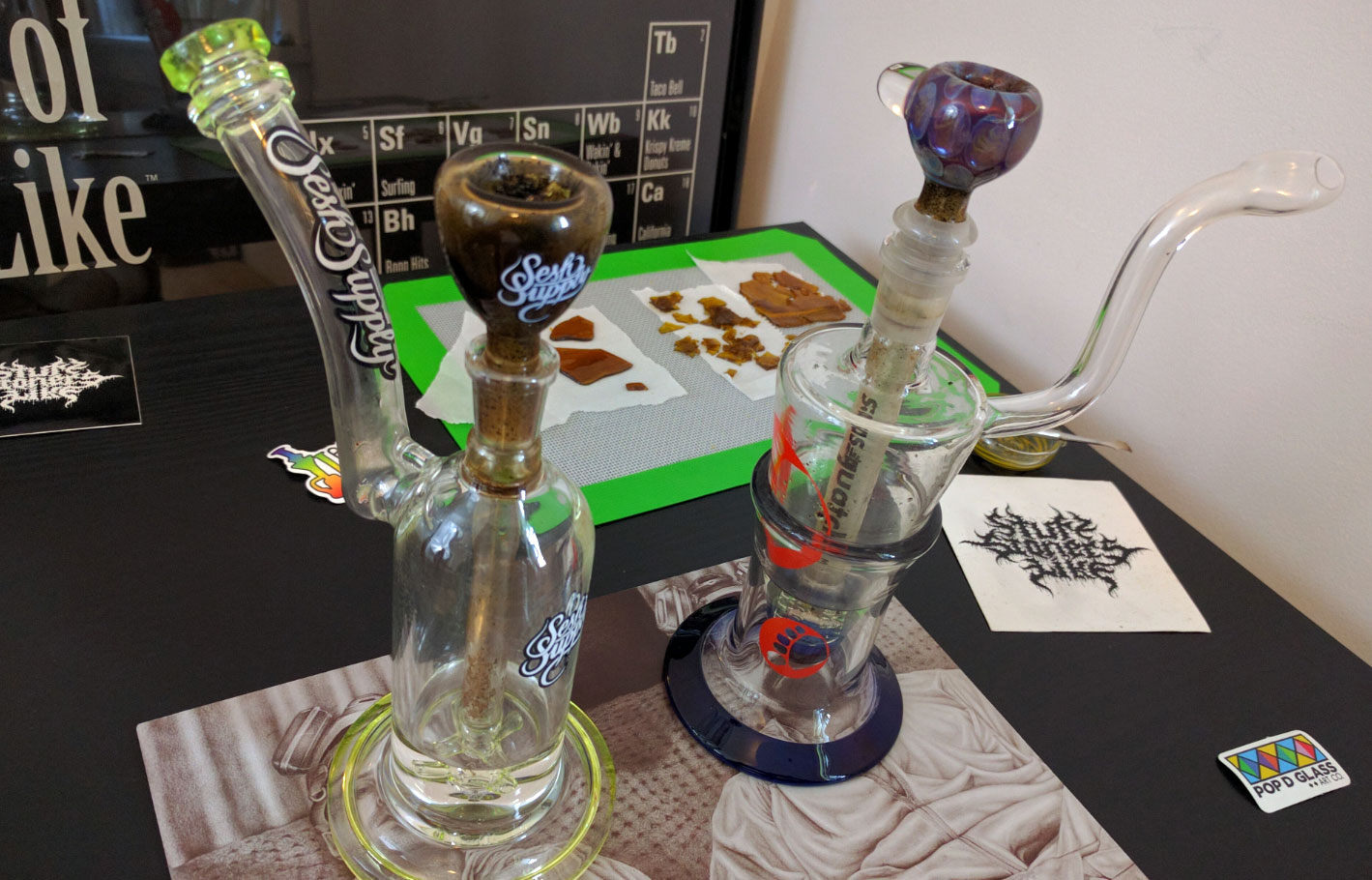