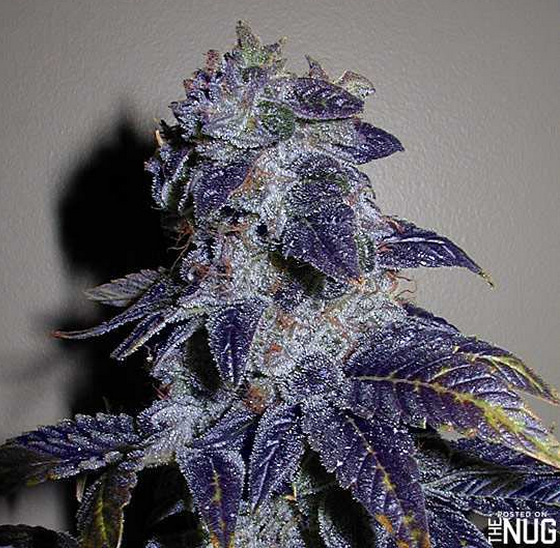 Name: Blackberry Kush
Score: 7/10
From: Mr Doobees. Address is 2870 Ocean Avenue, Building #4 Raymond, WA. Highway 101 – between Raymond & South Bend. Phone: 360-875-8016
Farm: Black Alpaca
Type:  80 / 20 Indica dominant hybrid
Content: 20.88% THC – Although most tests I read about online were in the 15 to 17 percent range, this is either an exceptional product, or they picked an exceptional bud to be tested for the batch. Either way this is most definitely some tasty buds. Genetics: Afghani X Blackberry
Appearance: A little leafy, but that’s ok, because these leaves are covered in crystals. Dark green leaves with lighter green underneath, completely frosted with beautiful combs. The hairs are also a dark red, almost brown color. From pictures I’ve seen of the actual plant, this is quite a beautiful looking plant.
Smell: The kush side overpowers any other smell, but when broken open you get a nice earthy hint of berry.

Flavor: Way more towards the earthy kush taste than the berry blackberry taste, until you exhale the smoke. That’s when I got the full blackberry taste. Very nice.
High: I can see how this could be a couch locky buzz, but I’m not your average everyday smoker. I like it’s relaxing sedative effect, but I also like how you can easily overpower it by getting off the couch and going outside. When it came time to write I was well focused, and found myself reaching for the bongs to reup the high. Another thing I noticed is that this bud gave me the munchies like no other. I feel like I’ve been pretty much eating all day, ever since I started smoking it. Buzz Length: Between 1 to 3 hours depending on tolerance, metabolism, and activity. I would describe it as a moderate buzz if you have a tolerance, if not it could quite possibly put you on the couch for a spell.
Overall: An exceptionally nice strain to have in the medicine or recreational cabinet for sure. I find it’s not about the best weed you can find. It’s about creating a collection of weeds that have different cannabinoid profiles, allowing you to mix and match, and to not get too much of a tolerance to any one profile. For the average smoker this isn’t quite top shelf stuff, but it’s up there for sure. 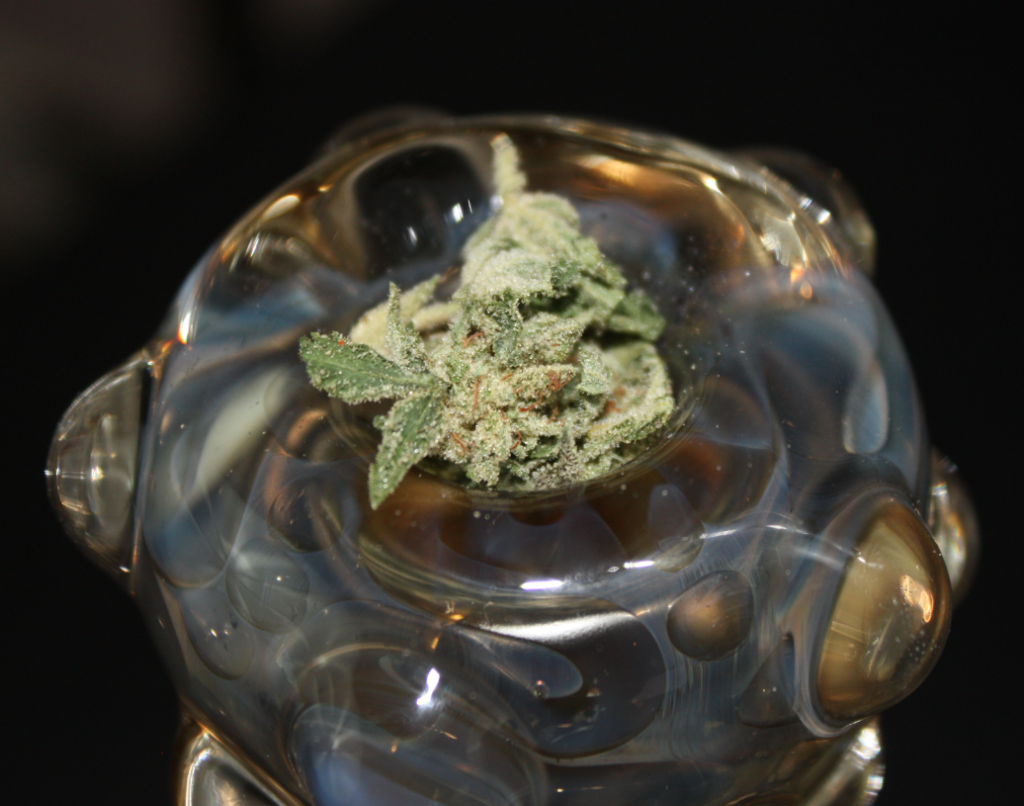 I also want to mention Sam’s Smokes in Seattle. That’s where I got the larger glass at, and they have way better prices than the more popular shops in the area. It’s definitely worth the extra block it is to walk there if you are in the area and need new glass.

This particular batch was grown by Black Alpaca and sold at Mr Doobees in Raymond Washington. In doing a little searching online, I found this article on Cannabis Chronicles about Bill at Black Alpaca from 2014 talking about his warez. You can also check out more information on Blackberry Kush over on Leafly. And if you dig Blackberry-based strains check out my Blackberry-Trainwreck review while you’re at it.