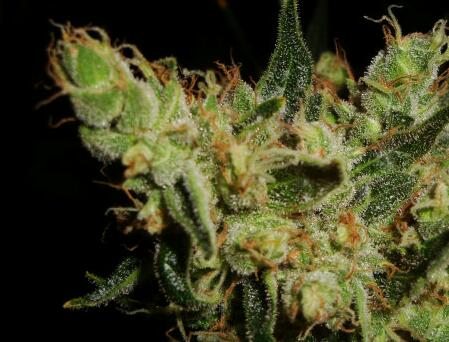 According to the Huffington Post the only D.C.-based official with whom those attorneys coordinated this crackdown, was Deputy Attorney General James Cole, who was appointed by Attorney General Eric Holder. So now those 4 Federal attorneys responsible for defying Obama’s campaign promises and dishonoring the values of the American people are desperately trying to deflect mounting criticism aimed towards the president!

Late Friday that criticism came in the form of a cease-and-desist demand by 9 members of Congress! BOOM!

“It is critically important for patients to have safe access to this treatment that continues to be recommended by doctors,” said Rep. Sam Farr of Carmel in a statement. “California voters decided to adopt clear regulations to allow patients to do just that. It is unfortunate that the federal government has decided to target these legal vendors instead of focusing limited resources on those who sell illicit drugs.”

But, if the mounting public outcry over this fiasco won’t force President Obama to finally explain to the American people, half of which are in favor of legalization and 80% in favor of legalizing medical pot, why we can’t have weed, then maybe the request to reclassify marijuana made by those very same 9 members of congress finally will?

We write to express our concern with the recent activity by the Department of Justice against legitimate medical cannabis dispensaries in California that are operating legally under state law. As you know, in October of 2009, Attorney General Eric Holder issued formal guidelines for federal prosecutors in states that have enacted laws authorizing the use of cannabis for medical purposes. The guidelines were spelled out in a memo to United States Attorneys from then-Deputy Attorney General David Ogden, saying in part that the Attorneys should not focus federal resources in their state “on individuals whose actions are in clear and unambiguous compliance with existing state laws providing for the medical use of marijuana.”

Despite this guidance and further clarification from current Deputy Attorney General James Cole that it would not be “an efficient use of federal resources to focus enforcement efforts on individuals with cancer or other serious illnesses who use marijuana as part of a recommended treatment regimen consistent with applicable state law, or their caregivers,” the Justice Department has continued an active role in enforcing federal laws against individuals acting in accordance with California state law. Last week, California’s four U.S. attorneys held a press conference to speak about the letters their offices had sent out to dozens of landlords and property owners who rent buildings or land where dispensaries provide safe and legal access to medical cannabis, notifying them that they are violating federal drug laws.

The U.S. attorney letters state that federal law “takes precedence over state law and applies regardless of the particular uses for which a dispensary is selling and distributing marijuana.” The letters warn that the dispensaries must shut down within 45 days or the landlords and property owners will face criminal charges and confiscation of their property – both “real and personal” – even if they are operating legally under the state’s medical cannabis law. The actions mandated in these letters and echoed at the ensuing press conference directly interfere with California’s 15 year old medical cannabis law by eliminating safe access to medication for the state’s thousands of medical cannabis patients.

We are also aware that these threats by the Justice Department against property owners in California come after many months of federal interference in other medical cannabis states. This year alone has seen aggressive SWAT-style federal raids in at least seven medical marijuana states, as well as threats of criminal prosecution by U.S. attorneys against local and state public officials. It is our strong position that local and state governments must be allowed to develop, implement and enforce their own public health laws with regard to medical cannabis.

Medical cannabis has been and continues to be recommended by physicians to alleviate a number of serious illnesses and medical conditions that have not responded to other medications and treatments. During your presidential campaign, you repeatedly pledged to end federal raids against the individuals and collectives authorized by state law to use or provide medical cannabis, giving hope to patients who legitimately use medical cannabis to treat their conditions that their long struggle to safely access their medicine was finally over. By pursuing the same harsh policies that have been in place for years, we fear that the federal government will push legitimate patients back into the uncertainty and danger of the illicit market.

For these reasons, it is more urgent now than ever to reschedule marijuana as a legitimate controlled substance for medicinal purposes. Classifying marijuana as a Schedule II or III drug will have the effect of harmonizing federal law with the laws of several states, such as California. No longer should the federal government’s laws supersede the wishes of local citizens who have decided that their fellow neighbors ought to have the right to legitimately use medical marijuana. As we have seen for years, seriously ill patients will attempt to obtain their medication however they can and it is unconscionable for the DOJ to use its limited resources to endanger the lives of patients who are simply seeking to ease their suffering.

We respectfully request that your administration reschedule marijuana as a Schedule II or III drug administratively, or publicly support the adoption of legislation that would change federal statute to achieve this same goal. One such proposal, H.R. 1983, the States’ Medical Marijuana Patient Protection Act, which was introduced by Congressman Barney Frank (D-MA) earlier this year, would do just this. Changing federal marijuana policy through legitimate administrative channels or Congressional action will give countless patients and their physicians the respect they deserve and will clear up any ambiguity as to what the legitimate role of the federal government is in this arena.