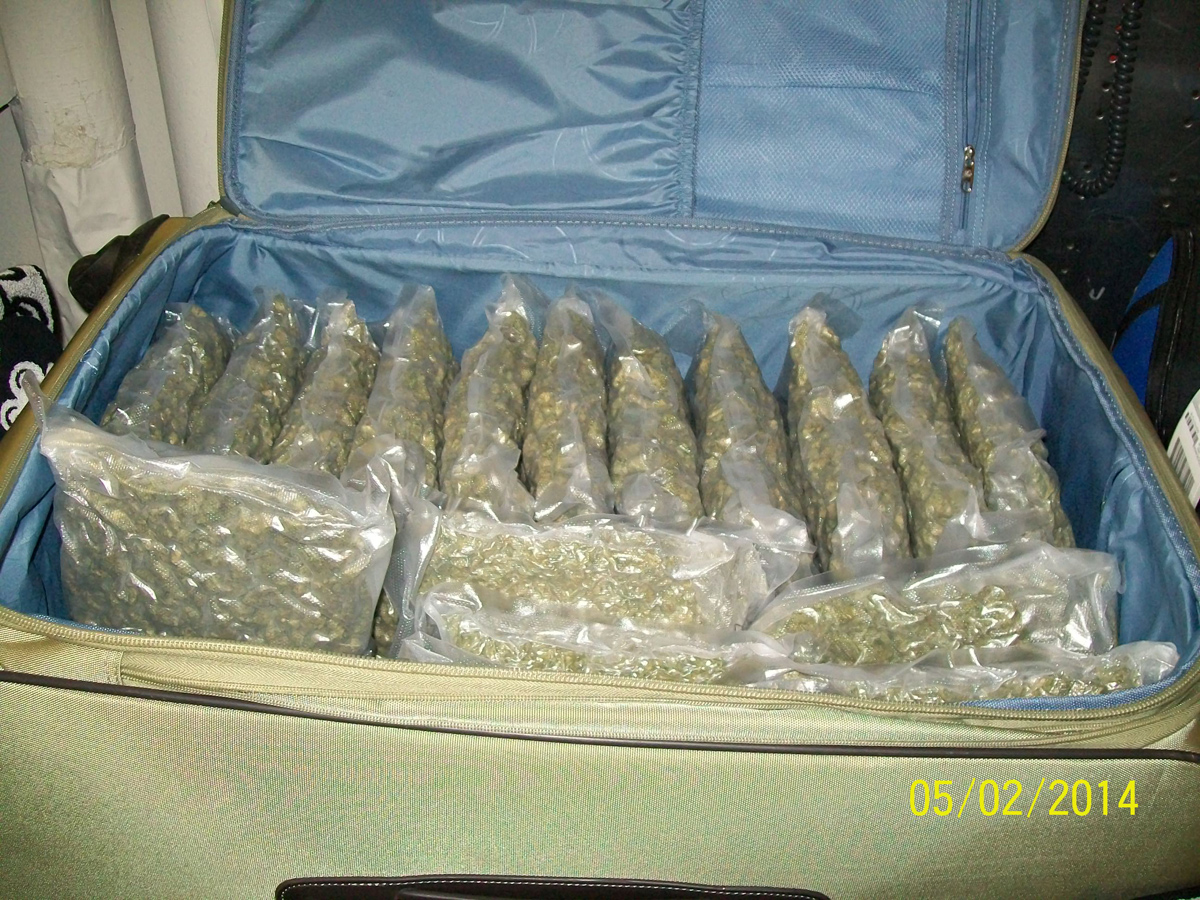 How to travel with weed

How are stoners supposed to get their stash to their destination without facing potential pot charges? Mat Lee explains how to travel with weed

In these epic, modern times we live in, with flying metal canisters filled with humans rushing from state to state, country to country on important business, or seeking pleasure. With so much global jetsetting, how the hell are stoners getting their stash to the destination without facing serious potential charges?

A lot of people ask a lot of questions about this sort of stuff. Things like can you bring a vape on a plane, how many ounces can you fly with, how sketchy is it in the real world traveling with weed? How the fuck did all these vapes get on this motherufucking plane! Gather around, I’m going to tell you a story of pure perfect fiction. The easiest way right now seems to be flying with vape pen in tow.

How to travel with weed on a plane

We here at Stuff Stoners Like should mention that any trouble you may find yourself in because you got caught trying to figure out how to fly with weed, is your bad. Don’t be the low hanging fruit that can’t handle their shit and gets busted flying with marijuana itself, or flying with edibles. We need to raise the bar not lower it, so please be smart, and don’t be the dumb ass that ends up face down on the carpet lying with marijuana like a sleeping scooby doo. Just so we’re clear. I don’t want any calls from any of your mothers or wives or girlfriends about how their 37 year old kid read something I wrote and decided to go all El Chapo but got caught at the gate because they couldn’t handle their cannabis.

I do however, hate having to find the weed hook up when I go to different places. Especially if it’s a necessity for optimal daily function. Some of you with gut issues know exactly what I’m talking about. Traveling with weed in your dope weed carrying case, or trying to bring weed on a plane could mean the difference between a productive, fun trip, and a trip spent butt hugging the great porcelain goddess of wonder.

Let’s get down to business. I think a lot of this depends on how lowkey you are, how well you can keep your shit together under any sort of stress you might come into contact with while trying to fly these friendly skies, and how cool your state is as far as legal medicinal or recreational marijuana goes.

Some of it too, as much as we may not like to admit it, has to do with dumb luck. I’m the last person to give a fuck about what race or color someone is, but for some silly reason, that’s still a way for the criminal justice system to make its money. You’ll hear people like Charlo Greene hollering about white privilege and how black people get unfairly targeted for drug crimes and are more likely to get busted traveling with marijuana, or trying to take weed on a plane, or just stepping outside their front door. She’s not wrong, but that’s just how this shitty system is, and it makes me both angry and sad that our ancestors have allowed this sort of nonsense to continue for so long.

At this point there’s not a whole lot we can do about that. Except to find loopholes and exploit the fuck out of them. So knowing that, if you are a person of color, you can go into their reality with that in mind, and act accordingly. Know they will be looking for you, so be where they aren’t looking. It sucks to say, but it’s one of the many things that my mom used to tell me growing up. It sucks son, but if you wanna have a decent life, you gotta play their game. 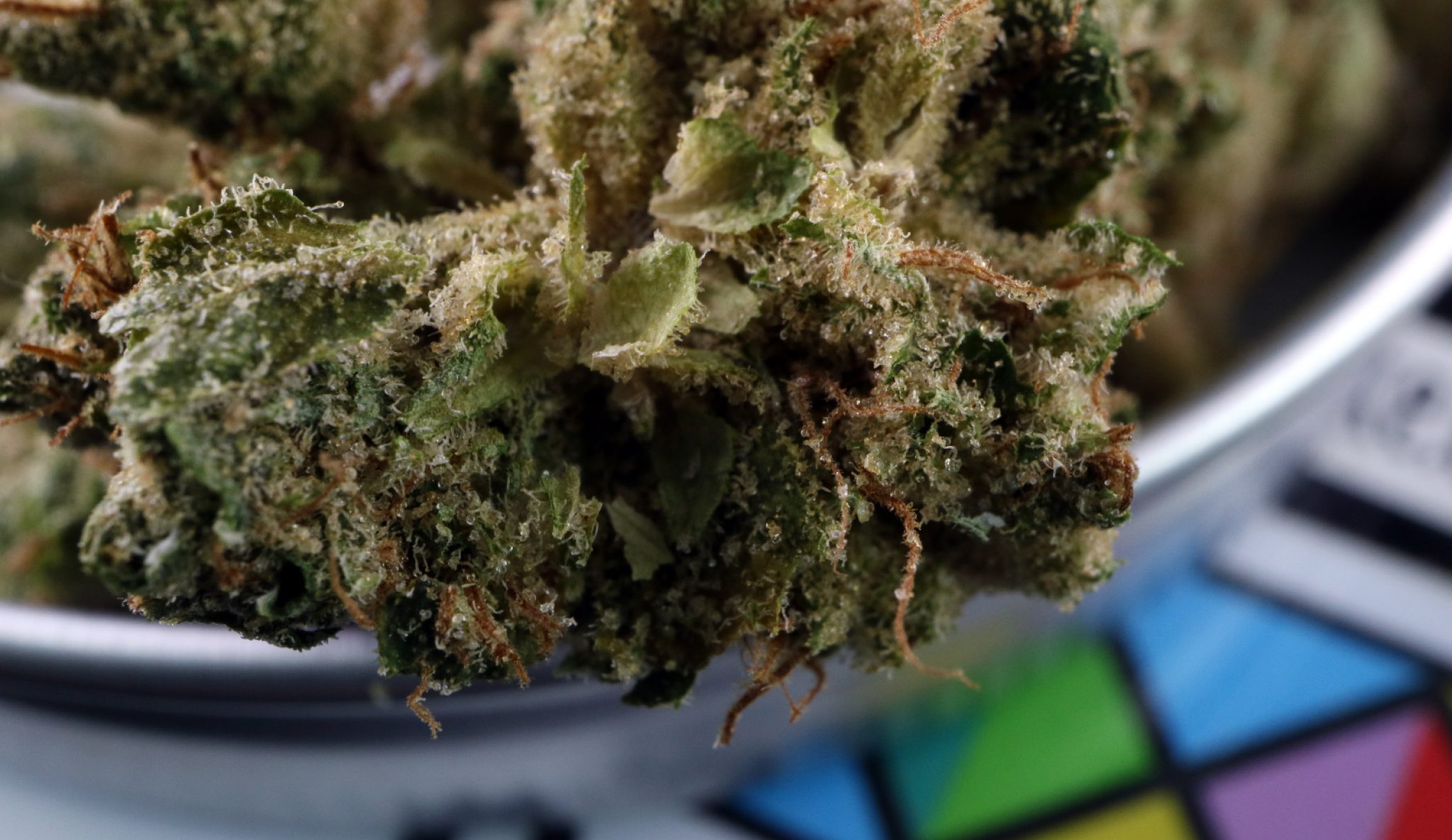 How to travel with weed by car

In my anecdotal experience, if you can drive, just drive. Granted that’s not always a possibility, so at some point in your life, you’ll end up flying with edibles, or taking weed on a plane, or flying with a vape pen, as they are the optimal mobile way to get faded or feeling better when on the go, especially in places where the smell of actual bud might be looked down on. I know, I know, but those places still exist. As far as drug laws go, getting busted and having your life ruined for something that is improving society in places where it’s embraced is ridiculous dumb nonsensical shit.

Anyhow if you drive with weed it’s best to keep that stuff in a smell-proof container, in a backpack, in the trunk of your car. There’s no need to have a big ol’ bag of weed sitting out on your dashboard even if you live in a marijuana legal state. Why flaunt it, man? And if you’re in a place where weed ain’t welcome. Take extra caution when driving with weed. You might not only want to keep your weed in the trunk while traveling down the highway you might want to stash it in an old hamburger wrapper or happy meal box because what cop wants to pick through that shit, right? 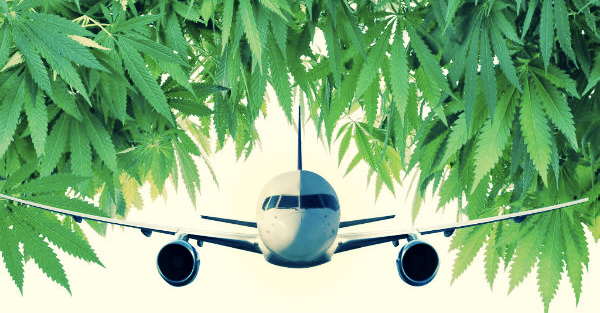 Can you take a vape on a plane?

Is it illegal? According to the FAA website, vapes, defined as “Battery-powered E-cigarettes, vaporizers, vape pens, atomizers, electronic nicotine delivery systems” are all good to bring on a plane, as long as you have it in your carry on. They don’t want vapes or more importantly, the batteries, stowed with your checked luggage. It needs to be on you or in your carry on. So the answer to the age old question, can I bring a vape on a plane? Yes. Yes you can. Unless it’s a mod. The FAA says on their website, “Homemade “modified” battery packs–whether installed in a device or carried as a spare–are forbidden on aircraft.”

I’m kind of high right now, and I keep hearing Samuel L. Jackson in my mind yelling about all these vapes on a plane. Good times.

How many ounces can you fly with?

That of course depends on where you live and where you are going, but for the most part, no one gives a shit about the bag of weed you brought on a plane via your checked, or even carry on luggage. Flying international, is of course, a whole different story, and something I would prefer not to get into.

So keep it domestic, and the flying with marijuana experience should be a positive one. It should be noted that for some odd reason, probably something to do with other states that aren’t as cool about taking weed on a plane as they should be, Denver specifically made a law prohibiting flying with marijuana. Also remember that technically, all states get pissy if you bring the weed from one state to another especially if it’s an ounce of marijuana, or two, or three, or more. Hey…it’s vacation, man.

So the answer to the question how many ounces can I fly with? As many as you are comfortable with bringing, and can fit in your luggage. Just remember though, this is their game, and that can change depending on the individual. If someone wants to hassle you because they are having a bad day, it’s going to happen. But the worst they can do is make you late for your flight, and call the local cops, who will then come in and enforce whatever state law is in place.

Can you bring weed on a plane?

Yeppers. Just be careful. When people ask me what the best way how to fly with weed is, I just look at them straight in the eyes, and say, “Very carefully.” That is always the best way when trying to take weed on a plane. Can you bring a vape on a plane? Sure fucking can, because this is god damn America. And flying high traveling with marijuana is definitely stuff stoners like.

Have any tips on how to travel with weed? Let us know in the comments section below.