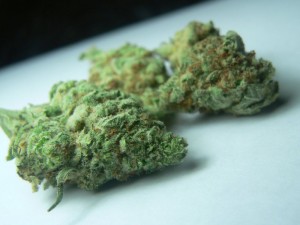 Last year, dispensary owners in Oakland, California made history when they voluntarily increased the rate of taxation on the sale of medical marijuana. Now two Oakland council members are looking to make history again, by introducing legislation that would license and tax indoor marijuana grows as well as permit three industrial-scale growing operations.

One of the authors of the proposed legislation is Oakland’s very own Larry Reid who says the legislation is more related to money than to legalizing the herb, of course, although he and the rest of the council has unanimously supported legalization.

“The city is facing a $42 million budget shortfall. The tax voters approved last summer on the four medical marijuana clubs allowed under Oakland law is expected to contribute $1 million to its coffers in the first year,” Reid said, “a tax on growers’ sales to the clubs could bring in substantially more.”

Now there’s going to be a mad scramble to secure one of those three permits! So far Stuff Stoners Like have heard of a few cat’s getting ready to apply for that coveted prize . One is of course, weed-entrepreneur Richard Lee, who’s funding the famous Tax and Regulate campaign and owns a handful of weed-related businesses, including a medical marijuana dispensary and college, here in Oakland. He says “We need to legalize and tax and regulate the production side as well as the retail side. It’s a natural step.”

Another group, AgraMed Inc., is looking to snare a license and build themselves a 100,000 square foot project near the home of the Oakland Raiders. They say they’d be kicking down more than $2 million a year worth of taxation to the city of Oakland if they get the permit. Dhar Marr, the dude behind that big-ass iGrow hydroponic super store here in Oakland, who got all that publicity a few months back for opening the Wal-Mart of Weed stores, is saying he’s going to partner up with Derek Peterson, that dude who was selling those mobile grow houses on display over at last month’s SF weed expo. Apparently, they have already contracted with an architect, pro’lly named George Costanza, to design not one but two monopolistic warehouses as well as break-through software that’ll help dispensaries keep track of what strains they’ve got in stock, as well as place orders and track deliveries. These two dudes are boasting their GROPECH, Grass Roots of Oakland Philanthropic and Economic Coalition for Humanity, not-for-profit will gross $70 million a year in sales. And, after paying their expenses they’d funnel the extra money all Marc Emery-like into activism and legalization movements.

“I think Oakland’s intention is to make Oakland the leader and the trendsetter in how this industry can be effective in all of California,” said Rush.

Who knows if the city will issue more industrial-sized permits or how these large-scale operations, which can efficiently crank out high-quality weed all year long…just like a factory, will impact the li’l growers all over California or those already pissed-off cats up in the Emerald Triangle. Factory fresh, farmed herb from Oakland, California coming to a store near you!

2 Responses to “Oakland to License and Tax Indoor Marijuana Grows”