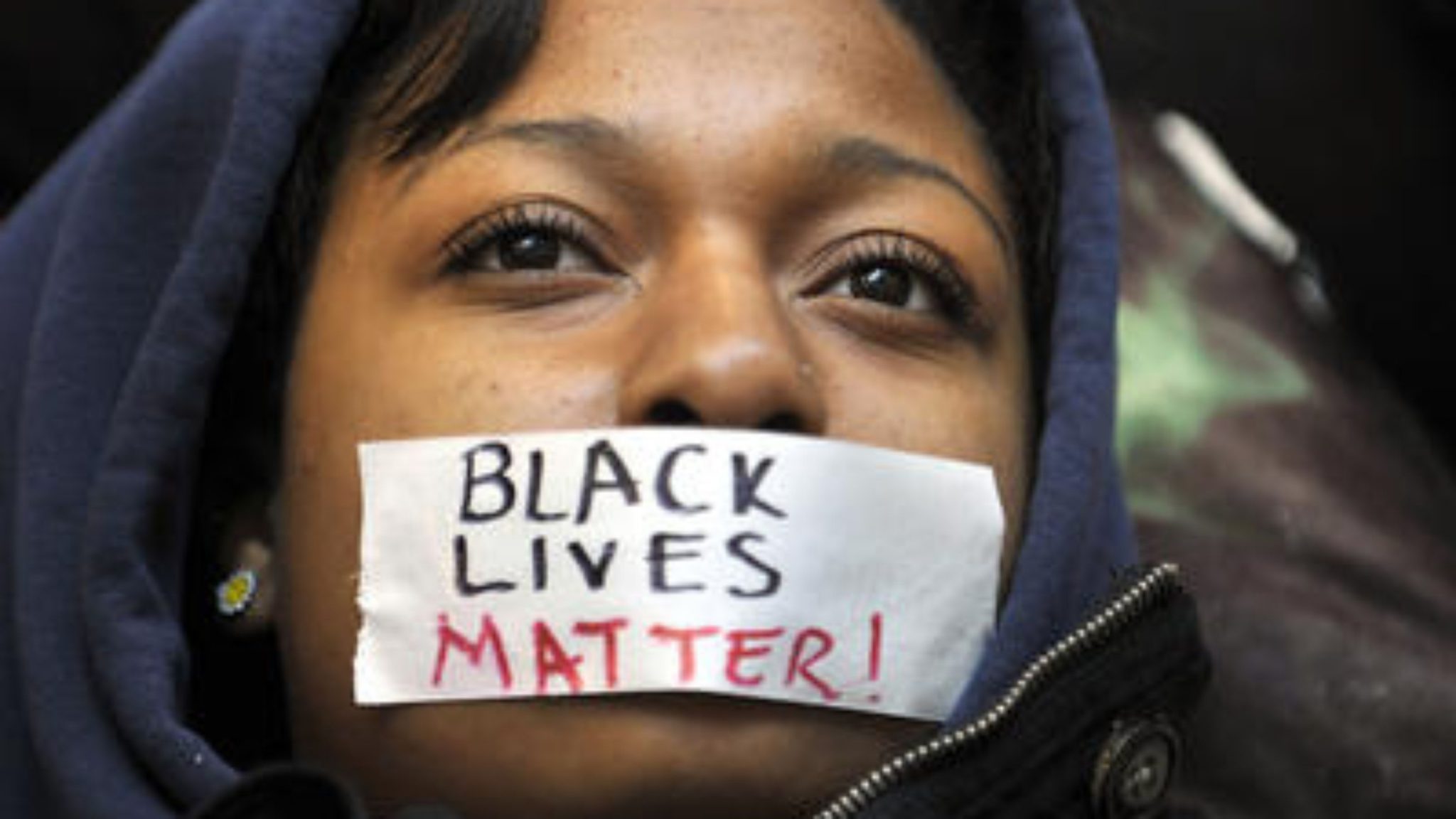 A true inspiration to our blog, Alicia Garza, one of the three female founders of Black Lives Matter, will be at President Obama’s last State of the Union address on Tuesday night. She’s the guest of Rep. Barbara Lee (D-CA). This is a big fucking deal. And we’re hell of stoked. We’ve been following anti-police violence movements here since we joined Occupy Oakland Protests back in October 2011—we were there when riots broke out in Oaksterdam. So we’re STOKED to know a rep for our voice will be in Washington tonight and hopefully the media will continue paying attention.

Alicia Garza is the Special Projects Director for the National Domestic Workers Alliance, a masterful organizer, writer and freedom dreamer based in Oakland, CA. In 2013 she co-founded #BlackLivesMatter, an international organizing network that developed after the murder of Trayvon Martin, along with Patrisse Cullors and Opal Tometi. It’s focus? Combating anti-Black racism in all of its forms. From Nation of Change:

Garza says that the moment she logged onto social media after the announcement of the Zimmerman verdict was eye-opening. She was bombarded with defeatist comments like “What did you expect?” or “I knew they would never convict him.” Overwhelmingly, these comments all pointed out the same thing: It’s treated as acceptable for unarmed black boys and men to be killed without consequence.

Garza knew that the criminal justice system was not going to address this problem. To fill that void, she and her friends Patrisse Cullors-Brignac and Opal Tometi founded #BlackLivesMatter to spark nationwide discussion of the way black lives are consistently undervalued in America and what people can do to change that. “We really felt like there needed to be a space that people could relate to that didn’t blame black people for conditions we didn’t create,” explains Garza.

“When we began, #BlackLivesMatter was a series of social media platforms that connected people online to take action together offline,” says Garza. At the time, the three women were involved in Black Organizing for Leadership and Dignity (BOLD). Access to that national network helped their message spread quickly, and soon activist organizations across the country were using #BlackLivesMatter to shine light on underreported incidents of black people being attacked or killed by police.

Now, more than three years after the death of Trayvon Martin, the phrase has become a rallying cry for a new wave of resistance in places like Ferguson; Staten Island, New York; and Baltimore, Maryland, after the police killings of Michael Brown, Eric Garner, and Freddie Gray. And it’s more than a hashtag—it’s a civil rights movement.

You might not think that the Black Lives Matter movement has anything to do with weed. But it does. We’ve been saying for years that the marijuana movement is a movement for civil rights. That’s because the number one problem with marijuana prohibition is the criminality of it. Lives are ruined, futures are destroyed and freedoms are lost over a fucking plant. Yeah you might be living it up in Colorado and taking a huge fucking dab right now thinking that all’s quiet on the Western Front of the movement—but don’t you ever forget that there are a ton people in prison for pot. And a majority of those people are black.

No other group in the nation has been more affected by the drug war and the criminality of cannabis than the black community. African Americans suffer a disproportionate number of arrests for marijuana possession as compared with whites. In every one of the 25 largest counties in California, blacks are arrested for marijuana possession at higher rates than whites, typically at double, triple or even quadruple the rate of whites. Also keep in mind that marijuana prohibition was basically invented to fuck over black people in the first place! Don’t forget the famous Anslinger line that kicked it all off: Reefer makes darkies think they’re as good as white men.

You might also disagree with the tactics employed by Black Lives Matter activists like interrupting politician’s speeches to demand that elected officials recognize the high rate that black men and women are killed at the hands of police. Or the “Freedom Rides” that brought more than 500 African-Americans from across the United States into Ferguson, Missouri, to support the work being done on the ground by local organizations. Or stopping Bay Area Rapid Transit (BART) trains on Black Friday in Oakland. Or overwhelming the Mall of America with thousands of people to protest the killings of unarmed black men by police.

But you know what? It fucking worked! Shit gained national and international attention. It still is. And now one of the founders of one of the most radical movements we’ve witnessed and participated in while writing this blog will be sitting there facing President Obama as he spews his final speech. Wonder if he’ll acknowledge Garza or make a reference to the Black Lives Matter movement?

“This is the last State of the Union under the first and potentially last black president that this country will ever have,” Garza told Think Progress. “As the movement evolves, it becomes even more important that President Obama not only speak to the issue of criminalization, which is important and disproportionately impacts black people, but that he also speak to what he plans to do to make black lives matter in every other aspect of our society.”

Here’s something President Obama can do to make black lives matter— finally put an end to the federal marijuana prohibition that continues to prey on black people and has since it’s fucking inception.

The marijuana movement can take an example from #BlackLIvesMatter and demonstrate in similar meaningful ways. We can work together to bring about the kind of attention that leads to change and acceptance and finally puts an end to marijuana prohibition and the failed drug war ensuring that Black Lives Matter. United we stand.