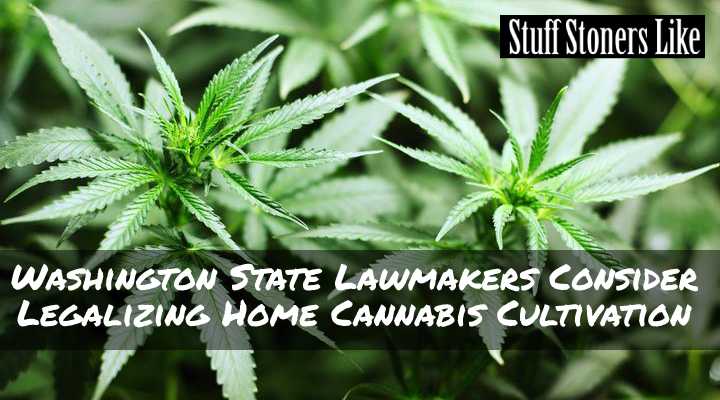 Currently the state of Washington is the only state that has legalized recreational weed but doesn’t allow for the home cultivation of recreational weed. And it’s been that way ever since the state passed Initiative 502 in November of 2012 making it one of the first to legalize marijuana for recreational use. Sure medical cannabis patients in the state have some exceptions but nowadays medical marijuana in many states is going the way of the do-do.

However all this non-cultivation crap could change soon because legislators from both the Washington state house and senate recently introduced companion legislation that could legalize home grows. Senate Bill 5155 and House Bill 1131 were sent to the state legislature last week Friday, January 11. The bills, both named “Allowing residential marijuana agriculture,” have bipartisan sponsors—H.B. 1131 is sponsored by Rep. Brian Blake (D) — and Rep. Drew MacEwen (R), Rep. Laurie Dolan (D), Rep. Jim Walsh (R), and Rep. Shelley Kloba (D). S.B. 5155 is sponsored by Republican senator Maureen Walsh, Sen. Bob Hasegawa (D), Sen. Sam Hunt (D), and Sen. Rebecca Saldaña (D). And they aim to allow adults 21 and older to cultivate up to six plants. If multiple adults live in one place a maximum of 15 plants could be grown. Property owners can still however prohibit tenants from growing weed in their rentals. Bummer.

The two new bills also allow for adults to “produce or possess” up to 16 ounces of “useable marijuana” aka cannabis flower, 16 ounces of “marijuana products in solid form”—these are things like edibles, ointments and topicals, 72 ounces of liquids and 7 grams of concentrates. Speaking of concentrates extractions must be non-combustible. We’re talking ice-water hash and dry sifted hash as opposed to products that use explosive gas like butane or hexane. Oh and get this any weed resulting from these home grows that exceeds a full ounce will need to be labeled like commercial cannabis: the name, date of birth, and address of the grower, as well as the planting and harvest dates, must appear on the container.

Anyhow congratulations to Washington state stoners. Now that you guys can grow your own weed at home may we suggest that you check out a few of our best post to get you started, How to Grow Weed 101, How to Grow Your First Pot Plant and The Best Way to Grow Weed Indoors. Good luck.

Do you exercise your right to grow in Washington state or any other that allows for home grows? Please let us know in the comments section below.