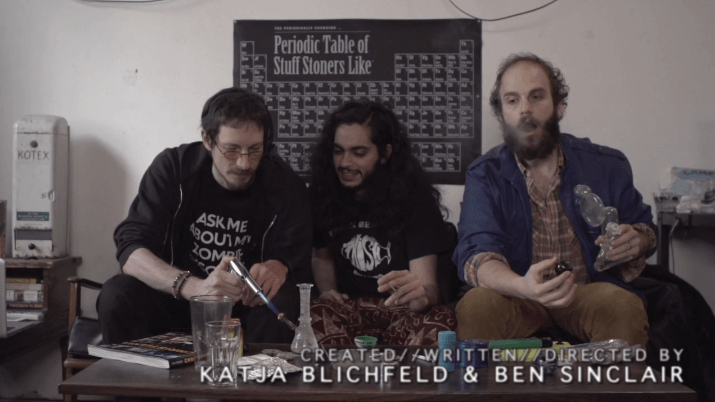 Weed Accessories Every Stoner Should Have

Weed accessories. Stoners love ‘em, man. We should know. We get a ton of weed accessories in the mail just about every day. We love weed stuff, dude. And try and mention everything we get somewhere on our network whether it’s here on stuffstonerslike.com or our Twitter, FB or IG pages. Anyhow we’ve been getting some really cool weed pipes and various stoner accessories lately, including the Nuggy multi-tool and the Lighter Bro as well as a few surprise boxes, make that a monthly stoner box, filled with weed paraphernalia and the coolest stoner accessories each month delivered right to their door, dude lately filled with all sorts of cool stoner stuff. So we got to thinking. And decided to turn to twitter to ask our audience of nearly 190k to tell us what they thought were the top cannabis accessories no stoner should be without—be it weed smoking device or whatever.

QUESTION: What are the TOP 3 WEED ACCESSORIES you can't live without???

Top 5 Weed Accessories Every Stoner Should Have

Man, did we get some responses. So we tallied all the weed accessories our twitter audience mentioned and listed the top 5 marijuana accessories all stoners should have. 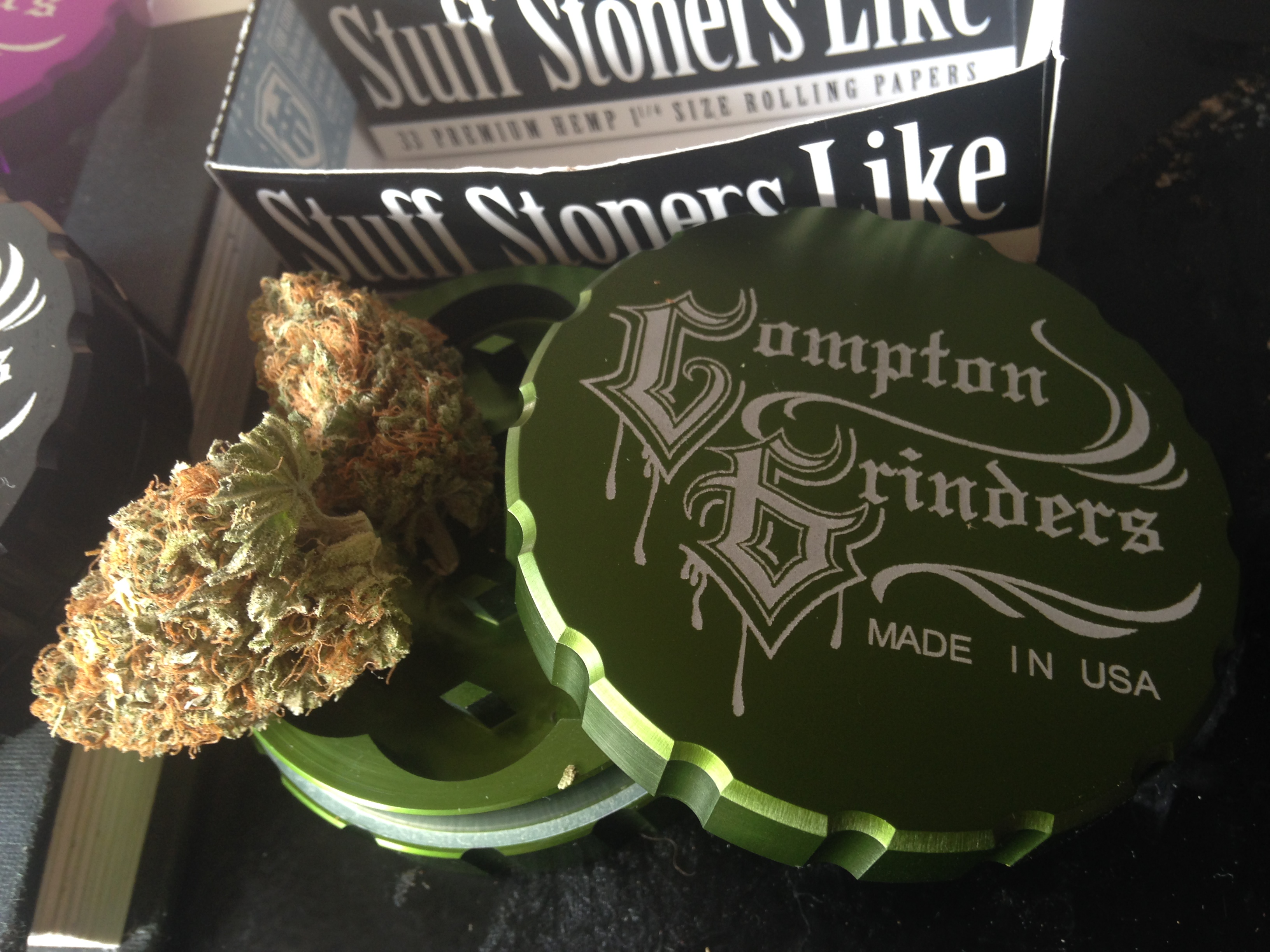 One of the most useful stoner gadgets  on the market is the humble weed grinder. It’s a must have for your weed stash box. Seriously, dude, stop busting up your weed with your fingers. Not only are you mangling the bud you’re crushing a bunch of trichomes and all that tasty goodness is sticking to your fingers. Sure you could make yourself a homemade weed grinder or just use a pair or small scissors and a shot glass or you could just get a damn weed grinder. You can score a Kernline Weed Grinder

on Amazon for like $15. We pretty much have one in every room just in case.

When people think about weed smoking devices they always forget about the lighter. Lighters are crucial marijuana accessories, man. You’re going to need fire and they’re hella convenient. Yep you can use matches. But they’re for amateurs. PRO TIP—When using your lighter with a bowl or bong don’t torch the weed, man. Just hit it enough to get it to smoke. And if you’ve got it, use a hemp wick so you don’t have to inhale any butane. Also if you’re using a lighter to spark a joint or blunt pay special attention to how you light that shit. Don’t stick the joint in your mouth inhale and hold a flame to it. You’ll likely increase the chance of a run. Avoid that shit by lighting the joint evenly—twirl it around the tip of the flame until it’s all on fire. Then enjoy. 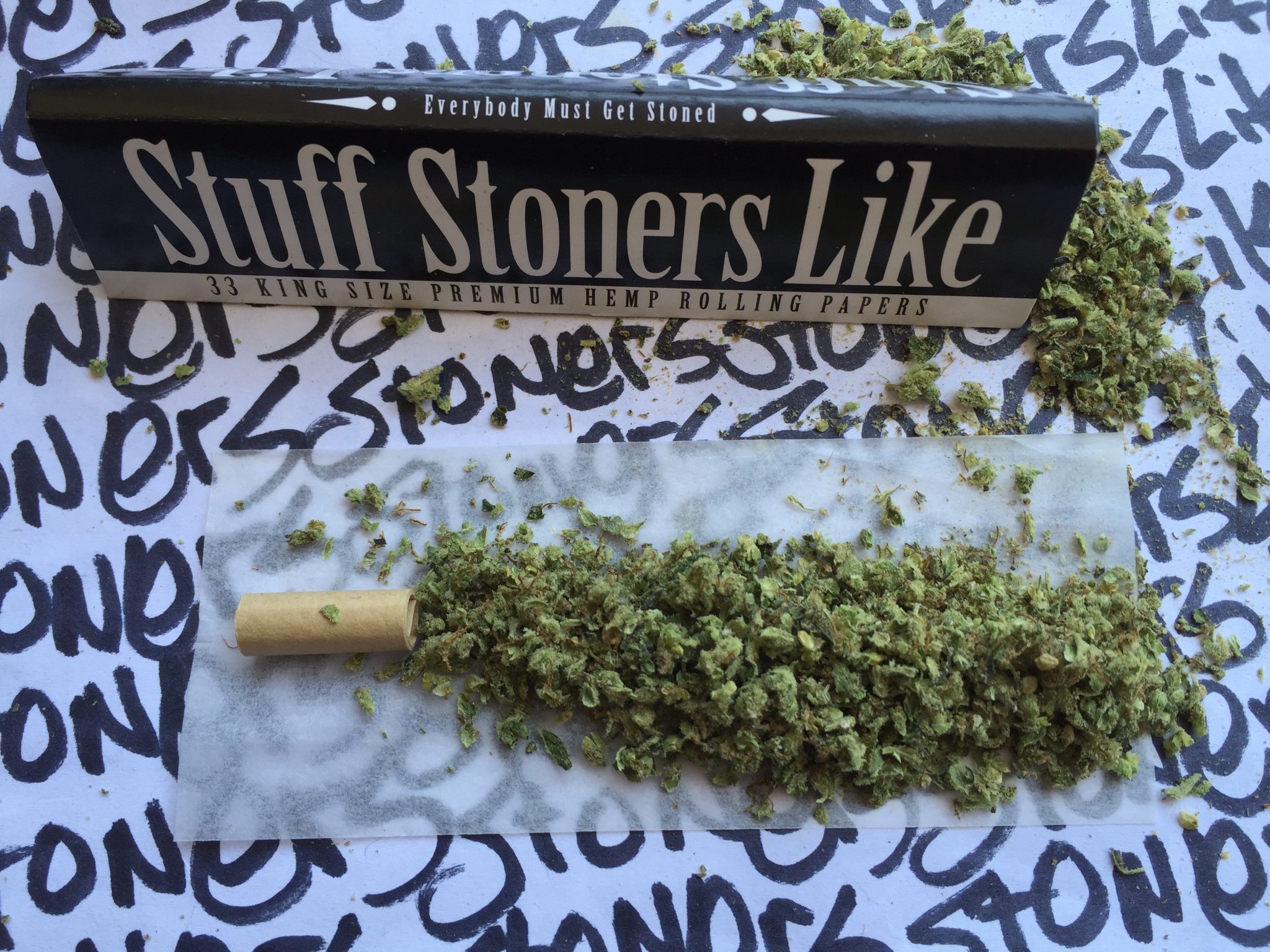 We set out to create the top papers available. So it was important to us to find a paper that made for a perfect smoke. That’s why our papers are ultra-thin premium hemp that’s not too slick to roll. People always ask us how to roll Raw papers. Like we’ve got a secret technique to combat the fact that Raw paper is really slick—too slick to roll and too slick to stay stuck. Right now you can get 2 packs, free shipping and a free stuff stoners like sticker for only 5 bucks.

If you like big hits, you need a bong—truly one of the best ways to smoke weed ever. Bongs are like a hookah, you know that thing the caterpillar was smoking in Alice In Wonderland but smaller and way more portable. One major advantage of a bong, sometimes called a water pipe or bubbler is that a bong contains water that not only cools off the smoke, but also filters it— minimizing elements such as nicotine or any other resin. Of course the bowl rounds out the list. Sure you can get a plastic, metal or wooden bowl, but you’d be foolish. Because glass bowls aka pipes are cheap and won’t produce harmful off-gasses along with your smoke. When it comes to all the different ways to smoke weed, using a glass pipe is one of the most highly efficient, least complicated and quickest ways to smoke weed. In a hurry? This method is for you, man. This is why a lot of stoners say using a glass pipe is the best way to smoke weed.

Most glass pipes nowadays are made of high-quality borosilicate glass, an ideal material because of its heat resistance, transparency and the ease with which it can be melted, colored and transformed into awesome shapes. Glass pipes have been popular for years because of their portability and ease of use. Plus they’re works of art—many come in awesome shapes and color schemes, some even change colors as you smoke ‘em.

There were quite a few weed accessories that our audience tweeted that deserve a mention including 420 apparel. Lots of people mentioned that they couldn’t live without their weed socks. In fact we had some many people mentioned weed leaf socks among their favorite weed supplies that we almost included HUF weed Socks

in the list above. But we thought we’d keep the list to cannabis accessories like stoner gadgets and weed smoking devices not stoner clothing like marijuana socks and weed hats and leggings and shit or even the classic Periodic Table of Stuff Stoners Like poster. But don’t let that stop you from buying one. =) Anyhow here are the top 5 runner up weed accessories all stoners should have.

Want to get really high really fast? Dabbing is the way to do it, dude. And to do that you’ll need a dab rig which is basically a bong used for bagging. The only major difference between a dab rig and a bong is the bowl A bong will have a bowl that you’d fill with dried herb and a dab rig will have some sort of nail aka device for dabbing be it a metal, quartz or glass medium to vaporize concentrates. Now all you do is heat the nail with a blowtorch, place a bit of concentrate on top and inhale. Sure a dab rig isn’t the easiest thing to haul around that’s why you’ll find a ton a vape pens built to work with dabs. Vape pens are the shit. They’re convenient, easy to use and best of all hella stealth. You can score a dry herb vape pen that works with bud or you could grab a vape pen that works with any sort of concentrate. We’ve been digging the Puffco lately coupled with The Source dab maker to transform our trim into erl. For a less mess no fuss vape we recommend a vape pen and cartridge set-up.

A torch is like a lighter on steroids, man. No you wouldn’t use a torch to smoke a bowl or light a joint, you’d use it to heat that nail in your dab rig we were talking about. Sure you could use the same torch as the culinary torch

So uhm where are you going to keep your weed and all the stoner stuff we just discussed like cool weed pipes and other essential marijuana accessories? That’s right in a weed stash box.

What are your favorite weed accessories? What marijuana accessories or weed stuff did we forget to include? Let us have it—tell us all about your favorite stoner stuff  in the comments below.